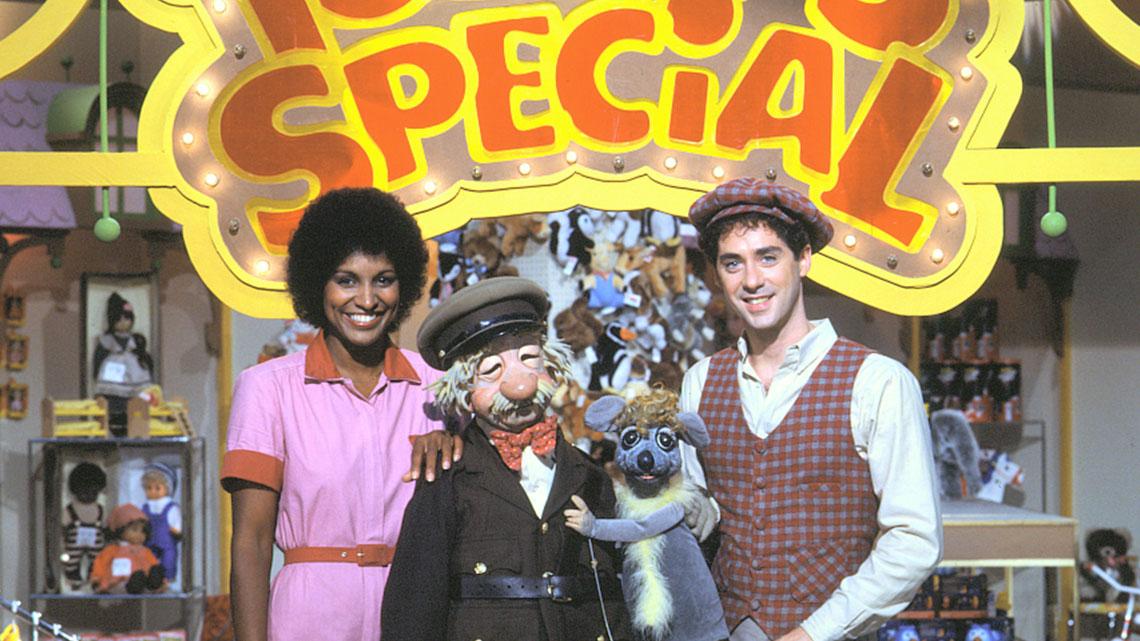 Today's Special introduces young viewers to a world previously only imagined - a big store's children's department at night - and encourages them to take part in the many adventures of its inhabitants. Jeff, a store window mannequin, becomes a real person when his friends pronounce a special set of magic words while he's wearing his magic hat. He learns about the many things human beings take for granted - shoes, fruit, camping, family, music - with the help of Jodie the display designer, Sam the puppet security guard, Muffy the mouse who speaks in rhyme, and the television audience, who guide him in setting up displays correctly. Sam works a computer that speaks directly to viewers, challenging them to solve the picture puzzles and mime games that appear on screen. Each program's theme includes new songs and dances, along with games, stories, rhymes, and surprise appearances by performers such as Oscar Peterson, Karen Kain, and the Canadian Brass.

Sleep
Air Date: September 20, 1988 - 28:49
When Jeff's friends discover that he never sleeps, they promptly get him a pair of pyjamas and a bed and instruct him on the art of falling asleep.

Circus
Air Date: June 15, 1988 - 28:50
Jeff's attempts to perfect a juggling act inspire his friends to organize a circus in the store with Sam as the ringmaster, Muffy as the magician, and Jodie and Jeff as clowns.
sfy39587stp16