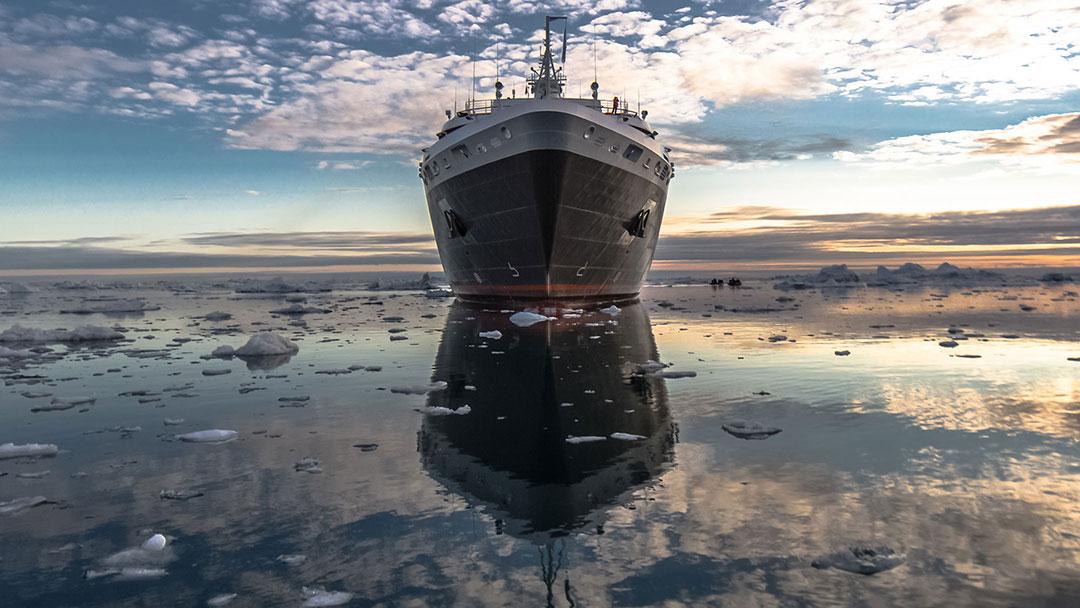 This stunning 10-part series takes viewers on a journey through the fabled, beautiful - and melting - Northwest Passage. We travel with amateur sailors, scientists, hunters and artists on a quest from Iceland to Alaska that was nearly impossible just a decade ago. Now, as the Arctic ice disappears, a surreal terrain emerges, filled with ominous dangers and seductive possibilities. Filmed from dozens of perspectives, including revolutionary 360 degree cameras, "The Polar Sea" takes you deep into a world that has never been seen until now.
Explore the Polar Sea online interactive