OPINION: A recent ad campaign suggests that we’re too busy hustling to cook. But we’re not busy — we’re overworked and underpaid, and easy access to unhealthy food won’t fix that
By Corey Mintz - Published on Oct 01, 2019
When you buy a $4 croissant, you hope part of that money goes toward treating workers like human beings. (iStock.com/Eivaisla)

It’s 8 a.m. on a Monday. I’m on the platform of the Bloor-Yonge subway station with my wife. At the intersection of Toronto’s east-west and north-south lines, it’s busy. Every day, about 400,000 people move through here. Crammed next to thousands of commuters, my wife and I are on our way to an obstetrician appointment. So my thoughts are of the future, of the world into which we are bringing our daughter.

That’s why the messages on the walls, pillars, and stairs are so alarming. When an advertiser wants to go all in on a big marketing push, it’ll buy all the ad space for a station, ensuring that there’s no way commuters can avoid the pitch for its product.

Today, all the ads are for a company called Skip the Dishes, an app-based third-party restaurant delivery service. There are two ad designs. One involves close-ups of sumptuously photographed food — a burger and fries, tacos, poutine, sushi, pizza, etc. — not a healthy meal in sight. The taglines are all plays on the idea that cooking is horrible and you have no time for it anyway, so this service is here to save you:

“YOU HAVE PLACES TO BE. THE KITCHEN ISN’T ONE OF THEM.”

“NO TIME. NO GROCERIES. NO PROBLEM.”

“SIDE HUSTLE. SIDE OF FRIES.”

“I LOVE WAKING UP EARLY TO MAKE LUNCH. SAID NO ONE EVER.”

“YOU BARELY HAVE TIME TO READ THIS. NEVERMIND COOK.”

That last one is the most nihilistic of the lot. If I don’t have time to read a subway ad, it’s not because I’m such an ambitious go-getter. It’s because I’m overworked. It’s because housing costs require a greater percentage of income than they did for previous generations. There’s a difference between busy by choice and busy because you have no choice. Maybe the ads are meant to be cheeky. But underground, packed next to other commuters like a tinned boquerone, I find it depressing to be surrounded by colourful posters declaring — IN ALL CAPS — that, because I have no free time, I should reward myself by paying a premium on restaurant prices to have salty, starchy food delivered to me.

And that’s just the friendly side of the campaign. That’s the good-cop message. The other half features cherry-red, pillar-mounted posters with words in big white letters:

I feel like one of the workers in the opening scenes of the 1927 film Metropolis, lurching forward in a sleepwalk march through an underground tunnel. But at least Fritz Lang’s futuristic vision didn’t include the internet. At least his trapped underclass couldn’t see how good the one-percenters upstairs had it. At least they weren’t surrounded by ads effectively telling them that easy access to unhealthy food should be seen as compensation for the misery of their lives.

If it seems as if I’m making too much of some silly ads, consider the larger context: the devaluing of our work and of our rights as workers. Using “hustle” as a synonym for “work” is not just insulting — it’s dangerous. People died for our labour rights. And it’s revolting to be surrounded by ads reminding me that I’m an automaton hopelessly trapped in a cycle of production and consumption.

It’s particularly offensive in light of the news that another worker has died at Fiera Foods, in North York.

In 2017, after the third worker death at Fiera (or one of its affiliates) since 1999, Toronto Star labour reporter Sara Mojtehedzadeh went undercover at the industrial bakery. She reported on the company’s web of exploitation; its use of temp agencies to avoid legal obligations to employees (temps make up about 70 per cent of its workforce), and of payday lenders to circumvent documentation; and its lack of safety training. Mojtehedzadeh received five minutes of safety training before being put to work. The subsequent deaths at the factory mean that we failed. A reporter did the work of connecting all the dots. And then we blew it. We let the market’s demand for cheap croissants take another human life.

That’s the cost of inexpensive food and weak enforcement, of allowing employees to be classified as temporary workers such that they’re not entitled to the same labour rights and protections as others.

When you buy a $4 croissant at a café, part of what you’re paying for is a fresh and tasty pastry — but you also want the cost to subsidize treating workers like human beings rather than disposable bodies producing race-to-the-bottom goods in an unsafe environment.

Skip the Dishes, like most of its competitors, classifies its couriers as independent contractors instead of employees — meaning that, no matter how many hours they work, they’re not entitled to minimum wage, overtime, holiday, or vacation pay. And, like their peers, the company is mired in protracted legal battles over this.

That’s why I feel ill when I look at a poster that says “SIDE HUSTLE. SIDE OF FRIES.”

I’m a freelancer. I get up at 6 a.m. to start writing. I often work at night and on weekends. I do this because I have goals I’m trying to meet. That’s a luxury I enjoy.

While some of us do choose self-employment for its freedom and flexibility or embark on an artistic or business project in our spare time, the gig economy is not about choice. It’s about a generation that has less opportunity, less freedom, and less of a future than the previous one. People today don’t work multiple jobs in pursuit of some hip, glossy lifestyle. They do so because there is no job security in the traditional workforce, housing costs are out of control, and home ownership is beyond reach. Past generations might have worked extra to afford extras. The current generation works extra just to stay afloat.

The irony of complaining about the cynicism of food-delivery apps is that it could actually play into their marketing strategy.

Years ago, when I was a restaurant critic, I reviewed a clubby spot, describing its food as good but irrelevant to its main source of appeal, which was as a place where shallow people with too much money could flaunt their wealth. Sometime later, I bumped into the chef. She told me that the owners loved the review so much that they had read it out loud to the staff, boasting that the accurate assessment would send more business their way.

So, good for you, Skip the Dishes. You’ve made precarious employment into a joke for your marketing strategy. And most of us are too tired or hungry or in need of convenience to care.

With our little bun in the oven still baking, and after a week of talk about croissants, I’m hungry for something fresh-baked. At the end of the week, I head to the supermarket, having promised my wife a croissant. They’ve got good ones. And if you go first thing in the morning, they’re still warm. I’m familiar with the bakeries from which they source bagels and sourdough. But I don’t know where the croissants are made. And then I look at the price — $1.99 for five — and, without needing to ask, I know. Still, I have to inquire. But I’m not surprised when an employee tells me that they’re from Fiera. And I know that $1.99 is not the real price.

Correction: An earlier version of this article stated that Toronto Star reporter Sara Mojtehedzadeh went undercover at Fiera Foods after the fourth worker death there. In fact, she did so after the third. TVO.org regrets the error. 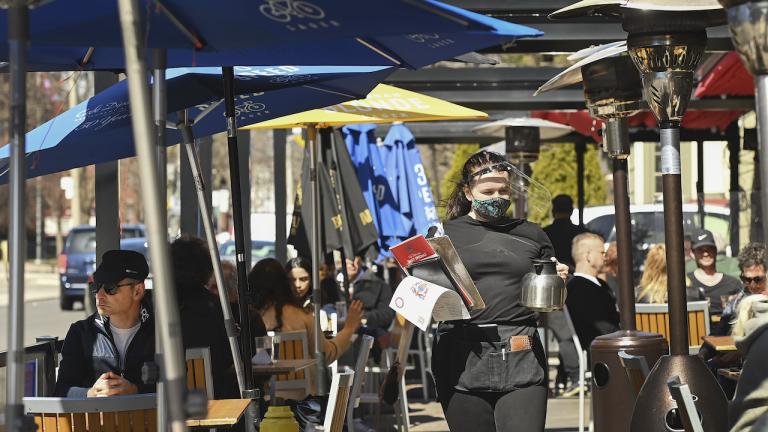 Opinion
How not to be a jerk when dining out
OPINION: It’s June 2021. You probably haven’t eaten at a restaurant in more than a year. Here are some things to keep in mind next time you do.
Corey Mintz 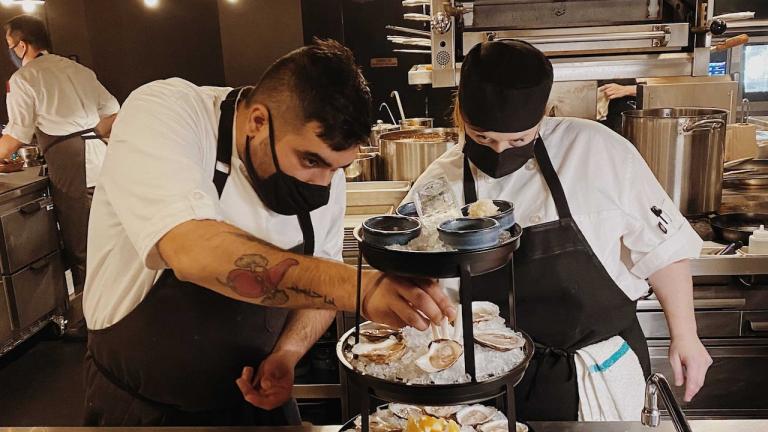 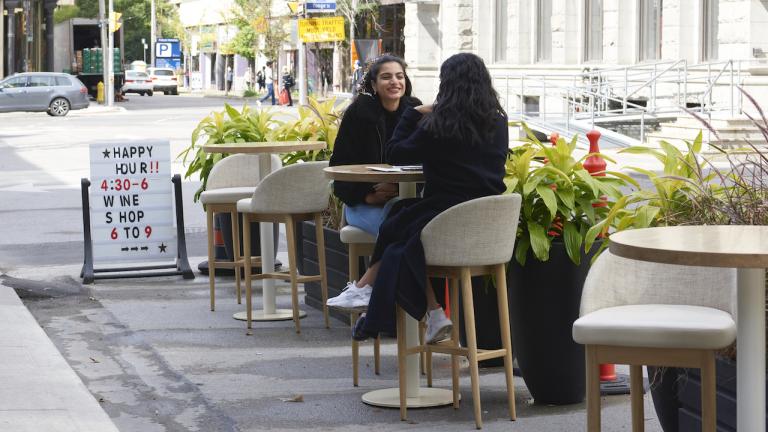