Will northeastern Ontario finally get a children’s hospital?

SUDBURY — For northeastern Ontarians, frequent trips to the southern parts of the province are often just a part of life. But when Tina Senior, of Sudbury, and her 15-month-old son, Alexander, travel to Toronto — roughly eight times a year — it’s a matter of life or death.

Alexander was born with agenesis of the corpus callosum, a rare congenital disorder characterized by the total or partial absence of the white matter that connects the hemispheres of the brain. Alexander lives with serious vision and bladder issues, cognitive challenges, and frequent seizures.

Tina drives up to eight hours each way to the Hospital for Sick Children, in Toronto, so that Alexander can see specialists: a pediatric neurologist, a urologist, and two ophthalmologists. “We still don’t know what his best-case scenario will be, but we know he won’t have near-normal functioning,” says Senior, a registered nurse who has three other children.

Health Sciences North, the regional hospital network for Sudbury, reports that some 3,900 children from northeastern Ontario make a total of 10,000 trips each year to receive specialized care in the four southern Ontario cities that have dedicated children’s hospitals — Hamilton, London, Ottawa, and Toronto.

Many parents, including Senior, have called for the establishment of a children’s hospital in northeastern Ontario. The NEO Kids & Family Program at HSN (NEO stands for “northeastern Ontario”) has a plan to establish a dedicated facility on the hospital grounds — one that would feature child-focused specialists, programs, health-care professionals, and equipment.

The project is still in its early planning stages, however, and there’s no guarantee that HSN will be able to raise the tens of millions of dollars it needs from governments and other sources.

Sean Murray, chief of pediatrics and medical director of NEO Kids, says the idea is “to deliver high-quality care to the children of northeastern Ontario as close to home as possible.”

The status quo, he says, makes life more difficult for child patients and their families. “The burden of travel is quite significant when you have a sick person,” Murray says. Long drives, especially in harsh winter conditions, can cause stress — and having to take a road trip to and from an operation is never ideal.

“I can’t tell you how much it would help families in northern Ontario,” says Amélie Simard of Kapuskasing. Her two youngest children — Paris, 13, and Willow, 4 — both receive treatment for gastrointestinal diseases at the Children’s Hospital of Eastern Ontario, in Ottawa. To get there, they must travel almost 900 kilometres each way.

Simard has sometimes had to book procedures for both children on the same day. On days when both kids are undergoing invasive treatment — which could include colonoscopies, biopsies, and endoscopies — she says she turns into “a frantic mother walking the hallways,” shuttling from one child to the other.

Simard says that having a children’s hospital in Sudbury would be a relief: “It would keep our family together on a more regular basis.”

“NEO Kids is not about adding square footage for the sake of adding square footage,” says Dominic Giroux, CEO of HSN. “It’s about clustering the existing programs for kids and youth [in one place, and adding pediatric] programs and services that are currently not available in northeastern Ontario.”

A northeastern children’s hospital could also relieve the financial burden on families with seriously ill children. Senior says the provincial government covers a portion of her travel and accommodations through the Northern Health Travel Grant. But while she says she’s grateful for the money — several hundred dollars per trip — her journeys south cost thousands of dollars in food, hotel stays, and lost wages.

The NEO Kids team hopes to have a fully functional hospital in place in five to 10 years. Planning documents and consultants’ reports peg the cost of the facility at $49 million — but Murray says that figure could change as the planning process unfolds.

(HSN is facing serious financial problems — including a $7.1 million deficit in the 2016-17 fiscal year — but the NEO Kids project is financed separately.)

The NEO Kids Foundation, which fundraises for the project, has to find 10 per cent of the capital costs via private donations in order to satisfy funding requirements set by the Ministry of Health and Long-Term Care. Over the past two and a half years, the foundation met its initial goal, raising more than $4.1 million for the capital project. It’s now working toward a new goal of $20 million.

In January, the provincial Liberals announced a $500,000 planning grant for NEO Kids. It’s the first step in a five-step process to secure further government funding.

The Progressive Conservatives’  candidate in the riding of Sudbury — who lost to New Democrat Jamie West on June 7 — wrote that a PC government would back the NEO Kids project. But that was when Patrick Brown was Tory leader.

TVO.org asked the Ministry of Health and Long-Term Care this week whether the hospital would receive funding under Doug Ford’s government. A representative replied by email: “It is too early to provide an update on specific projects. Ontario’s new government will be determining how to proceed now that it has been sworn in.”

HSN’s CEO remains optimistic about the future of NEO Kids. “I don’t anticipate any changes,” Giroux says. “At this point, we are following the timelines from the ministry. There is a lot of work ahead."

Coronavirus
Y-Fi: How Sudbury’s YMCA is helping vulnerable people get online
After libraries and other service providers shut down, Sudbury’s homeless population lacked access to various amenities. So the YMCA stepped in.
Nick Dunne
Sudbury
City Finances in Northern Ontario 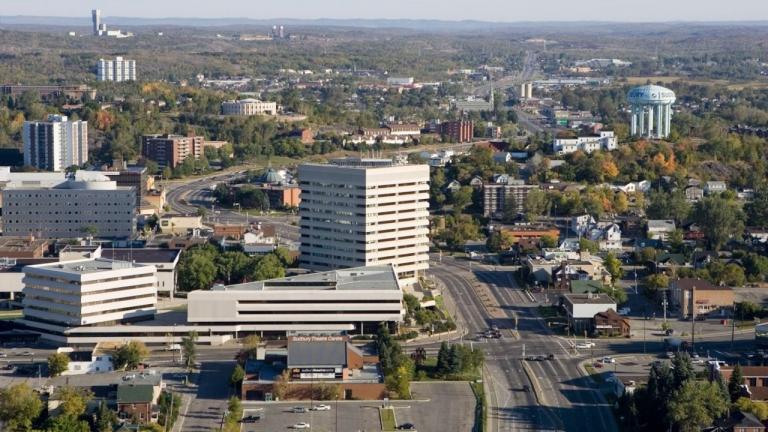 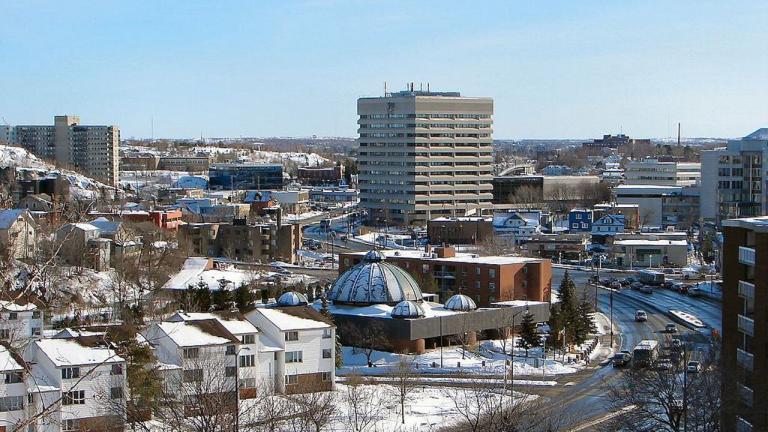