Will Kathleen Wynne and Justin Trudeau campaign together in the Ontario election?

Ask yourself this: If you were the premier of Ontario, would you want the prime minister of Canada doing events with you in the upcoming provincial election campaign?

This is a question officials in both first ministers’ offices are trying to wrap their heads around — because the answer isn’t as clear as it might once have been.

First, let’s go back to the summer of 2015. The political and personal enmity between then-prime minister Stephen Harper and Premier Kathleen Wynne was intense. Wynne therefore resolved to expend as much of her political capital as possible to see Harper defeated and to advance the candidacy of Justin Trudeau, who was then just the leader of the third-place party in the House of Commons.

It was a calculated risk: had Harper won, he could easily have continued to ignore Ontario’s wish list, given that his victory would have been in spite of what the premier had done. It’s hard to imagine that their relationship could have gotten worse, but it’s possible.

But the thinking among Liberals was, if Wynne could help Trudeau take more seats in Ontario and become prime minister, having the two most important first ministers in the country on the same team could deliver wonderful dividends for Canada’s most populous province.

So Wynne went all-in, doing more election campaign events for Trudeau than any premier since Bill Davis during Brian Mulroney’s 1984 campaign. And while there have been some notable bumps in the road, the Trudeau-Wynne partnership has surely been better for making progress on important files than the Harper-Wynne lack of partnership ever was.

But things have changed since then. The prime minister is not nearly as popular as he once was; he finds himself in a rather typical mid-first-term popularity trough. And Wynne’s lack of popularity has reached historic lows. Yet again, the Angus Reid polling organization has found her to be the least-popular premier in the country. 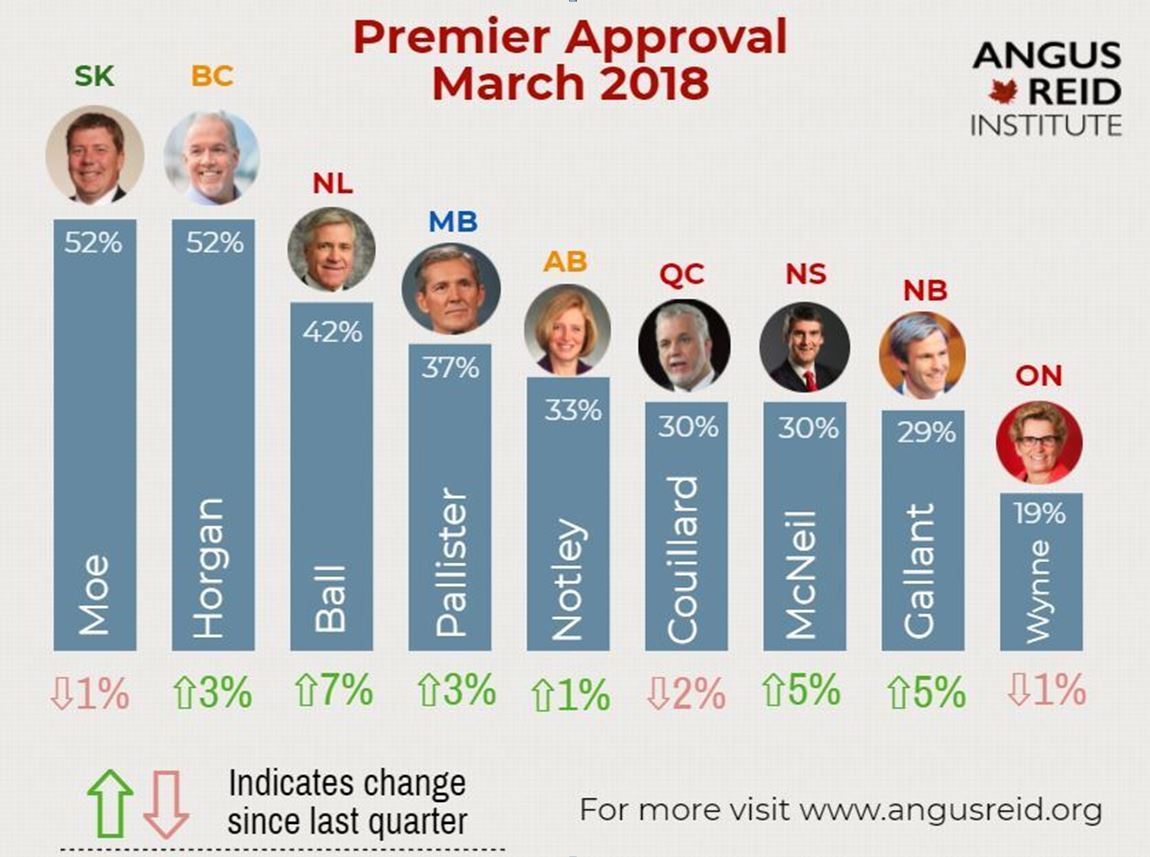 So here’s the question: If you’re the premier, do you actually want the PM stumping for you? And if you’re the PM, are you concerned that your popularity could spiral further downward if you too-closely hitch your wagon to a leader whose numbers can’t seem to get out of the teens?

These are the thorny issues both leaders’ minions are likely considering.

There are a few things we can categorically confirm. First, it is a tradition in Canadian politics that while premiers may campaign for prime ministers, the converse is not so. It may have happened, but I simply can’t recall any prime minister overtly campaigning for any premier during the writ period (in Ontario’s current case, that’s after May 9). So don’t look for Trudeau to be barnstorming the province with Wynne the way the premier did for him back in 2015. I have confirmed with high-level sources that the PM won’t be doing that, nor does the premier expect him to do so.

However, before the writs are drawn up, my sources tell me Trudeau and Wynne will try to make at least once appearance together. They got close to making that happen recently in Sault Ste. Marie, but logistics prevented it from happening at the last minute. Both sides, however, are keen to make this happen, so my suspicion is that it will.

Even though both politicians are facing some popularity challenges, they also understand that Canadians like to see national and provincial officials getting along and making the federation work. It’s also the case that the Liberal brand in Ontario isn’t what’s so tarnished — it’s the premier’s personal brand that’s taking a rough ride. And thus, the thinking is, seeing the two most influential Liberals in the country together, projecting party unity and a close personal friendship, could only help the provincial side of the family.

So get ready to see Trudeau and Wynne and thousands of happy, smiling Liberals come to a neighbourhood near you — and soon. Because once May 9 arrives, you’re unlikely to find them in the same area code again.