With full tuition for online university courses still in place despite the pandemic, and employers looking for skills-based training, some say more and more students could forgo the university route
By Nojoud Al Mallees - Published on Oct 10, 2020
Market research suggests that a rise in demand for skills-based training will bring substantial growth to the e-learning market between 2020 and 2024. (iStock/gahsoon)

The news that Ontario universities would be delivering courses largely online this fall gave rise to anger and consternation among students. “Due to COVID-19, we are not able to receive the full University and College experience as we have hoped for,” one petition reads. “For students who are new visualize University/College sitting in big lecture halls, forming connections with their professors, joining clubs, and connecting with new students.” As such, it concludes, “paying the full tuition fee is unreasonable.”

Although some institutions have responded by cutting fees, most have kept tuition as is — and that’s led to questions about whether more students will look to another option: private online-learning platforms.

Without that “full University and College experience” as a major selling point, post-secondary institutions could find themselves in greater competition with a number of companies, such as LinkedIn and Google, that offer online skills-based courses for a fraction of the cost. According to market research conducted by Technavio, the rise in demand for skills-based training is expected to bring substantial growth to the e-learning market between 2020 and 2024.

Sajjad Khoja, a 25-year-old Toronto-based entrepreneur, speaks highly of his virtual education experience. After completing a diploma in international business at Seneca College, he became interested in software development— and enrolled in online coding and attended a boot camp. While such camps were previously offered in-person, many are now available online. “What these online [platforms] do is get you to learn in different ways,” he says, adding that the integration of project-based learning allows students to apply their knowledge.

This summer, Khoja launched Onlus, a start-up that connects people in need of home-care services with personal support assistants. He’s now looking to hire a software developer — and post-secondary education won’t be a requirement for the position. “If you can come into the interview and code a shopping cart for me, that’s more valuable than [going to university],” he says.

Many leaders in the tech industry have questioned the value of a university education: such companies as Google and Tesla don’t require employees to have four-year degrees. And tech companies aren’t the only ones now accepting job applicants without a university education. Jake Hirsch-Allen, who leads LinkedIn Learning’s work with North American governments, says the move away from traditional degrees has been predicted for a long time. “Part of the challenge is that we still think about degrees as indicating a lot more than they do,” he says. “They indicate much more about your class and your background than they do about your skills.”

However, not all online courses offered by these companies are affordable, and, unlike post-secondary programs, these certifications do not qualify for student loans. While subscriptions to such platforms as LinkedIn Learning and Coursera are less than $50 a month, specialized courses can cost thousands of dollars. (A 12-week web-development boot camp offered by Lighthouse Labs, for example, is priced at $11,500.)

It’s unclear what the overall success rate is for private learning platforms when it comes to getting their graduates hired — especially as most of the available data comes from the platforms themselves. In its 2019 Student Outcomes Report, Lighthouse Labs says that 95 per cent of it web boot camp graduates found a job within 180 days; according to LinkedIn, job applicants on the site who had completed a LinkedIn certificate had a 9 per cent higher chance of getting hired than those who hadn’t.

“The value behind LinkedIn is its data,” says Hirsch-Allen. “We have more data on what skills are in demand than any organization on the planet because we have all the jobs that people post on LinkedIn [and] all the profiles that they fill out.”

Hirsch-Allen believes that many employers value their credentials as much as they do post-secondary degrees. “The smartest employers have been doing that a long time. But the smartest employers are the Googles, the IBMs, the big pharma companies,” he says, adding that such companies have human-resources teams large enough to evaluate the variety of credentials a candidate may have. Smaller companies, he says, still rely on degrees because they can help differentiate applicants more quickly.

Gary Hepburn, dean of the Chang School of Continuing Education, at Ryerson University, says that the biggest difference between universities and private online learning platforms is credibility. He does concede, though, that these platforms successfully responded to the needs of employers and job seekers by providing skill-development opportunities. “There is a vastly increased appetite for skill development for people who are seeking jobs and who are in jobs,” says Hepburn. “The lesson in this for universities is sometimes we may not have been responsive enough to employers and external markets.”

Hepburn, who has experience developing online programming at the undergraduate and graduate levels, predicts that the pandemic is likely to bring about a lasting increase in online learning in the form of hybrid courses that incorporate both in-class and online instruction.

“The really interesting part that many people focus on is what we call hybrid courses. There’s a lot of speculation that this going to be where the big increase is, that there will be a lot of flexibility put in place,” says Hepburn.

He adds that most courses — with the exception of those that are lab, studio, and performance-based — are well-suited for the web. The Chang School, which already offered 40 per cent of its courses online prior to the pandemic, has seen drastic growth in enrolment in their online certifications. Hepburn says that universities looking to adapt to today’s demands need to invest in continuing education and allow students to develop specific competencies without requiring them to pursue a whole degree.

But Khaled Hassanein, a professor and associate dean at the DeGroote School of Business at McMaster University, in Hamilton, says that going to university is about more than just acquiring technical skills — it also equips students with such skills as critical thinking, collaboration, and communication.

“If my interest is just to get a job as a data analyst, that’s one thing,” he says. “But if I want to  get the expertise to be a data analyst, but also to become a well-rounded human being, this is what a university was originally created for.”

Sudbury
‘Everybody was crying’: How Laurentian is restructuring — and what happens next
As part of Laurentian University’s creditor-protection process, the school has shut down nearly a third of its programs. Where does that leave students, staff, and partner universities?
Nick Dunne 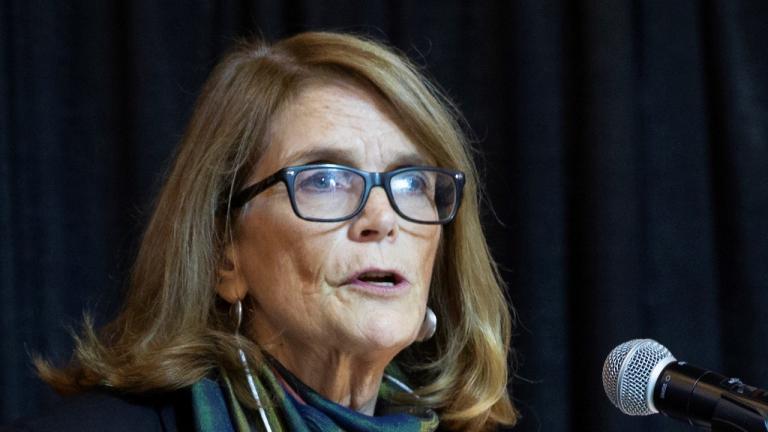 Education
Why didn’t the Ontario budget have more to say about education?
Daniel Kitts
sfy39587stp16