ANALYSIS: New research suggests that we can farm fish without creating ecological nightmares. John Michael McGrath examines what that could mean for Ontario’s aquaculture industry
By John Michael McGrath - Published on Mar 13, 2019
Farmed-fish production is on the rise in Ontario, with nearly 6,000 tonnes of fish having been produced in 2017. (iStock.com/GarysFRP)

Are farmed fish good or bad for the environment? The answer, according to research published last week, is: it’s complicated.

A decade-long study into the effect of farming rainbow trout in the Experimental Lakes Area, located between Kenora and Dryden, in Ontario’s northwest, was published in the journal Freshwater Biology last week, and the results are surprising. When scientists added a fish farm to an otherwise untouched small lake at the ELA, the populations of some wild fish boomed relative to those in a control lake where no farmed fish were added. Some evidence — gleaned primarily through poorly sited farms from the industry’s early days and from other jurisdictions — has suggested that aquaculture can cause serious ecological problems, but those failed to appear.

“We really overloaded the lake, and we did not cause the sort of things that people are scared about.” says Cheryl Podemski, a scientist with Fisheries and Oceans Canada and one of the lead researchers on the study. “We didn’t cause huge problem for the native fish population; we didn’t cause huge algal blooms.”

Podemski estimates that the density of fish in the experimental lake was more than 100 times higher than that in the North Channel around Manitoulin Island — “a worst-case scenario that regulators would never approve.” So both the good and bad impacts will be diminished in the real world.

“So the study shows that aquaculture is an activity that can be done safely if regulated carefully. It’s not something to be inherently scared of,” she adds.

That’s a good sign for an industry that argues that the growing global population will need more food and that fish farming offers a sustainable alternative to more polluting forms of animal agriculture, such as beef rearing.

Some negative effects were observed in the study: crustacean populations that live in the deeper parts of the lake declined, as did the oxygen levels at those depths. But, given that the research involved a much higher proportion of fish-to-water than the Great Lakes would ever actually see, such effects would likely be manageable through proper regulation.

“We’d never see a farm of this scale on the Great Lakes, but this gives us an idea as to who might be affected,” says Michael Rennie, another researcher on the paper. The results also give researchers a better idea of which wild fish populations should be monitored near real-world fish farms.

At least as interesting is the fact that the experimental lake largely — although not entirely — reverted to its pre-farm state within two years of the removal of the rainbow trout. Some of the effects on the deeper parts of the lake remained, but lake trout populations returned to their baseline.

If nothing else, the results confirm what farm operators have reported seeing around their net-pens for years: that the native lake trout populations boom when farmed rainbow trout — and their feed — are introduced to the water.

“Our farmers are really excited to see that the majority of the impacts of our farms can be positive,” says R.J. Taylor, managing director of the Ontario Aquaculture Association (and owner of Cedar Crest Trout Farms, in Hanover). “That said, we acknowledge that’s not the full picture.”

Taylor says that the industry already prefers sites with a higher “flushing capacity” — swifter currents that carry waste away and disperse it — than is present in small lakes such as those found at the ELA.

Another recent development may provide a boost for the industry: this month, Ontario’s largest net-pen fish farms (and the hatcheries that provide their young fingerlings) became certified under the Best Aquaculture Practices Program administered by the Global Aquaculture Alliance. The industry hopes that this certification — which will allow it to use the BAP logo on its products later this year, once the Ontario-based processing facility has also been certified — will give consumers more confidence in its products.

“We wanted to go with the BAP certification because they’re not just focused on fish welfare — they’re focused on the environment and human rights as well,” says Taylor. One of the farms that’s now certified, Buzwah Fisheries, is wholly Indigenous-owned.

But Taylor acknowledges that the results of the ELA study can’t be directly applied to Georgian Bay farms. So the association is helping fund (in collaboration with the conservation group Georgian Bay Forever) a study of real-world impacts around Ontario’s existing fish farms, conducted by the University of Guelph’s Neil Rooney.

Rooney study is looking specifically at how fish feed disperses in the lake’s food web. By tracing fatty acids in the feed that aren’t digested by rainbow trout, it will be able to track both the feed that isn’t directly eaten and the feed that’s eaten and later expelled.

While emphasizing that his research is still preliminary, he says he hasn’t yet observed anything that would contradict the results from the ELA study.

“We call it the ‘bird-feeder effect,’” Rooney says. “You have a concentrated source of high-quality food in the environment, and, well, fish are mobile: they’ll come and take advantage of it.

“We’re getting the signals in the wild lake trout, and we’re actually getting the same signals from one of our control sites — it looks like the fish are swimming farther than we thought they did to get to these ‘bird feeders.’”

David Sweetnam, executive director of Georgian Bay Forever, says his group is trying to get a science-based answer indicating where it’s safe to allow fish farms in the lake and where policymakers should be more sensitive to potential harms.

“These ecosystems are already incredibly affected by invasive species,” he says. “There’s already intense pressure on what is just remnants of a native fish population. It’s those kinds of subtle concerns that we’re looking at.”

For example, the rainbow trout isn’t native to the Great Lakes; it was introduced more than a century ago. But a wild population now exists. Fish that escape from a farm aren’t necessarily a concern as an invasive species, but they can compete for food with other wild fish.

He notes that Georgian Bay Forever changed its mission statement from protecting and enhancing the “native” ecosystem to protecting a “healthy” ecosystem — maintaining the native ecosystem that existed before European settlement (never mind before the arrival of the zebra mussel) just isn’t a realistic prospect anymore.

That said, Georgian Bay Forever is willing to let the science guide the future growth of the industry, and Sweetnam isn’t worried about the prospect of more farmed fish — so long as they’re properly sited and avoid sensitive areas.

“The Great Lakes have historically had far more fish in them than they have today,” says Sweetnam. “What’s more natural than fish in water?” 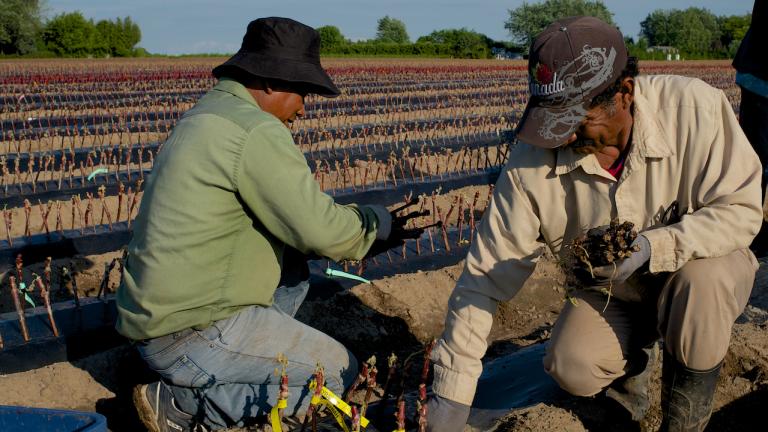 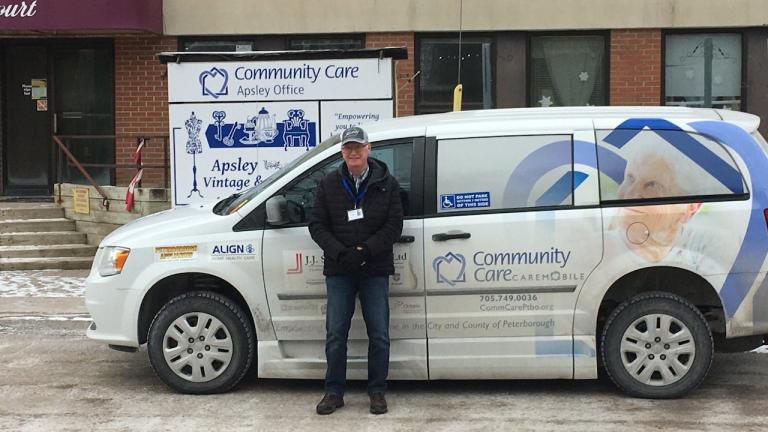