Sarita Verma has attended convocation ceremonies for 22 years — but this Tuesday was a first, as the former deputy dean of the University of Toronto’s Faculty of Medicine greeted the graduating class from the Northern Ontario School of Medicine, at Laurentian University, in Sudbury. “To watch somebody get an MD, that’s a pretty remarkable thing,” she says.

On July 1, Verma will take over as dean and CEO of NOSM, which was established in 2005 through a partnership between Laurentian and Lakehead University, in Thunder Bay. She’ll replace Roger Strasser, who has held the position since the school opened. Under his watch, NOSM became as much medical strategy as school — it was created and funded by the province specifically to address physician shortages in northern Ontario. Today, NOSM still faces steep challenges.

According to a 2017 report from the provincial government, the quality of health care in northern Ontario lags behind that in the rest of the province: life expectancy is shorter, and people are far more likely to die prematurely from preventable causes and less likely to be able to see a doctor or nurse when they’re sick. The doctors who are available are often unable to meet the needs of certain groups, including franco-Ontarian and Indigenous patients.

NOSM, the first medical school in the country to have been founded with a so-called social-accountability mandate, is “dedicated to addressing the priority health concerns of the people and communities of Northern Ontario” and emphasizes the importance of delivering medical care locally: 94 per cent of NOSM grads practise in northern Ontario, 33 per cent of them in remote and rural communities. Of the roughly 60 students in each class, between five and eight self-identify as Indigenous.

Verma was born in Iowa, but she’s lived in Ontario since 1971; in between, she made stops in India, Ethiopia, and Sudan. TVO.org talked to her about her priorities, why she considers NOSM to be more than a medical school, and why she’s already planning her succession.

What attracted you to the role?

I really am curious. I really want to get to know northern Ontario. I was groomed essentially my whole career, which led to a senior academic position — so, either a dean or a provost. I was ready for it. But it isn't about me. I mean, you need to have the sense of inspiration to want to be part of what this medical school is all about. This school is coming out of what I call adolescence into emerging adulthood. And the opportunity for a leader to have the chance to shape the future of health services, health delivery, and medical education? Very few universities give you that opportunity. Very few medical schools are at that stage of evolution where you can actually have a huge impact.

Your term is five years. Where do you see the school at the end of it?

My priority is that, in five years, we have a new, innovative curriculum built for the future of medical practice, which is using artificial intelligence and technology. Right now, we're teaching them to practise in a world that, in my opinion, won't exist anymore. My priority is to make sure that the school still stays fully accredited and that we meet all the standards of accreditation for education [the school is up for its scheduled review next year]. A big priority for me will be getting sustainable financial resources for this medical school. I'd like to raise money, for it to have a naming opportunity. I'd like to raise money for student bursaries. You know, things that we don't get. I'd like to see enrolment for Indigenous and francophone populations and enrolment from the north increase.

Why is it important to keep graduates in northern Ontario?

You should remember our focus is “in the north, for the north, by the north.” We were created because, if you send people to Toronto, Kingston, London, or Hamilton, they're not coming home. ‘For the north’ means everything is all about teaching people for the north. And ‘by the north’ is that, in the end, this should be a medical school that recruits a dean from the north. We should have a world where this is truly a northern medical school. If I leave in five years, it would be my goal to leave behind a substantial talent-management system that allows them to recruit from the north. It's a matter of actually ensuring that you do leadership development, you mentor people, you help their academic careers grow. Because it's not going to be someone who's just a really good doctor: it has to be someone who knows how to negotiate with government, who knows how to talk a lot. I really want to recruit from within. Would this person make a really good undergrad dean or postgrad dean? Homegrown is best.

The biggest challenge is the way that medical schools are funded and the way that we have to keep convincing, predominantly, a provincial government to see us as more than just a medical school. NOSM was created, in fact, to be a strategy. But we're put within the confines of what a traditional medical school is. We have to work within, to use the words of some of my Indigenous colleagues, a very Westernized, old-school, conventional set of parameters that require us to be accredited as a medical school. Much of it was actually created in the United States and comes through a fairly systemic institutionalized perspective that doesn't take into account the need for us to have more Indigenous learning — different types of faculty, different ways of learning, different places for people to learn. So people don't quite get the uniqueness of NOSM. 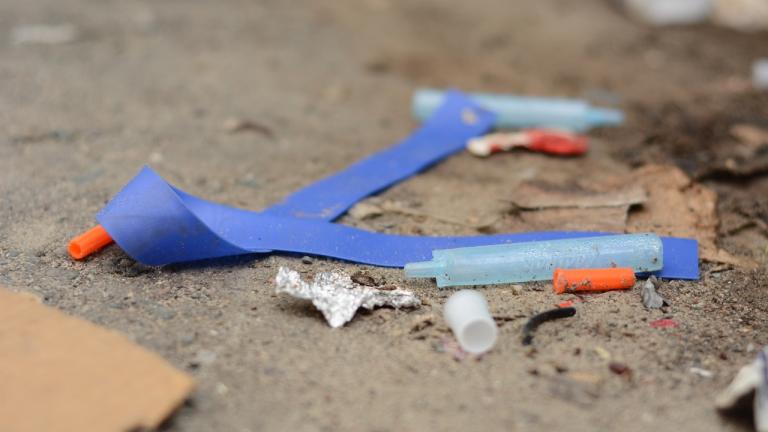