Why the urban Indigenous population in Ontario needs more support

Most Indigenous people in the province live off-reserve. They face barriers related to housing, employment, and social services — and experts say they’re not getting the assistance they need
By Haley Lewis - Published on May 23, 2019
The non-profit Ontario Aboriginal Housing Services has its main offices in Sault Ste. Marie. (Google Maps)

OTTAWA — In the fall of 2013, Kevin Schofield, a recent transplant to Ottawa, was looking for a new apartment. Then he had a stroke. He was discharged from hospital after several weeks, but he had nowhere to go — he was homeless. “They didn’t check on me; they just sent me out,” says Schofield. “I didn’t even know a single person, so I had no help.”

Soon after, his teenage son came to be with him. The pair spent the next 18 months making their way through the shelter system, staying at Union Mission, Salvation Army, and Shepherds of Good Hope. Schofield worked long hours as a janitor at a local bar and as a musician in hopes of getting himself and his son out of the system.

They sought help wherever they could but constantly found themselves being pushed away. “Everything we tried to get help for, like tradition, culture — we weren’t able to,” says Schofield, who hoped that turning to his culture would help with his recovery. “We were denied access to those things.”

Eventually, Schofield connected with the Canadian Mental Health Association, which helped him secure housing. Today, he’s supported by the Ontario Disability Support Program and spends most of his time working as an artist and musician and advocating for those who need help finding a home.

A quarter of Indigenous people in Canada live in Ontario, and 85.5 per cent of those live off-reserve. The issues facing the urban Indigenous population differ greatly from those that people living on-reserve encounter, according to a 2016 report by Indigenous and Northern Affairs Canada.

“The transition to urban life,” the report states, “can be difficult, and many of those seeking urban life are often unable to access the supports needed for a successful transition from often remote and isolated reserves.” According to various Indigenous policy organizations, government services often don’t properly address the problems that Indigenous people living in Ontario’s cities face — such as barriers to education, employment, social services, and housing.

“The housing need for Indigenous people living off-reserve in Canada is 47 per cent higher than the overall population,” says Justin Marchand, executive director of the non-profit Ontario Aboriginal Housing Services (OAHS), which is headquartered in Sault Ste. Marie.

“More than 18 per cent of Indigenous people living off-reserve are in core housing need, which means either inadequate housing, housing costs that are so high as to deprive residents of other basic needs, or simply having no home,” says Marchand.

Municipalities’ homelessness surveys tell the story. While Indigenous people make up less than 4 per cent of the total population in Ontario, they make up 25 per cent of Niagara’s homeless population, 24 per cent of Ottawa’s, and 37 per cent of Sault Ste. Marie’s.

Aggravating factors vary, Marchand says: “First, Indigenous people face racism in the housing market. Second, there is just a general shortage of any rental housing and there is an even greater shortage of affordable housing. Third, there is an enormous unmet need for supportive and transitional housing that is specific to various needs.”

OAHS is not equipped to tackle the problem on its own, according to Marchand, who says that, when new developments open, there are often 10 times as many applications for housing as there are units available.

In 2018, the federal government implemented the National Housing Strategy, in part to address Indigenous housing shortages. The problem, Marchand says, is that it left out those living off-reserve: “If Canada wants to be an inclusive and just society, you just can’t leave out an entire group of people. Not only is that not right — it’s just simply wrong.”

A lack of housing is not the only issue that Indigenous people living off-reserve are facing. The Ontario Federation of Indigenous Friendship Centres works to address such issues as unemployment and a lack of access to educational resources and social services. The OFIFC helps build and sustain friendship centres, which provide Indigenous-specific support, across the province.

Sylvia Maracle, executive director of the OFIFC, says that government programs should target Indigenous people where they live — largely, off-reserve. “Conversations have to include the fact that people live in urban areas,” says Maracle. “Sometimes people have made self-determined choices to live there, but often they have had few alternatives presented to them.”

Last spring, the OFIFC and the Ontario government, then under Liberal premier Kathleen Wynne, released an Urban Indigenous Action Plan — a document outlining a “standard for the government of Ontario for working in partnership with urban Indigenous communities and organizations.” Maracle says the work outlined in the plan hasn’t changed under the current Tory government.

Maracle hopes to tackle a wide range of issues, including substance abuse, over-incarceration, homelessness, and general uncertainty about culture and identity. She sees room for optimism. “In a number of communities,” she says, “there’s a true spirit of trying to work together, trying to co-operate, and trying to see how things can be done better.” 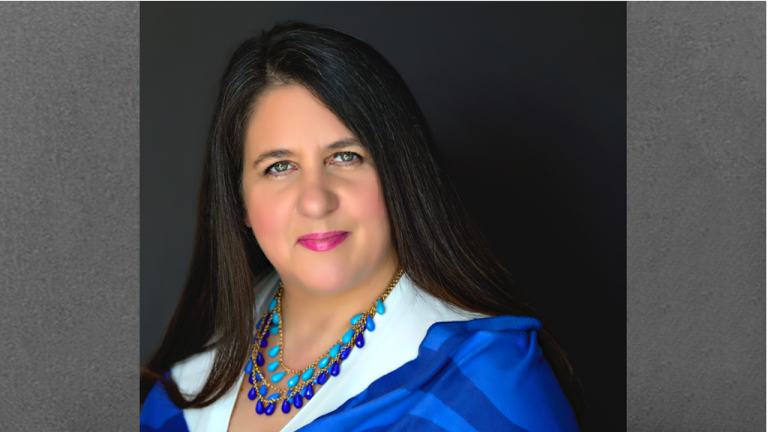 Indigenous
‘Time for us to take over’: Lynne Groulx on Canada’s MMIWG action plan
TVO.org speaks with the CEO of the Native Women’s Association of Canada about the government’s priorities — and why the organization has created its own path forward.
Charnel Anderson

Indigenous
What is a residential school? 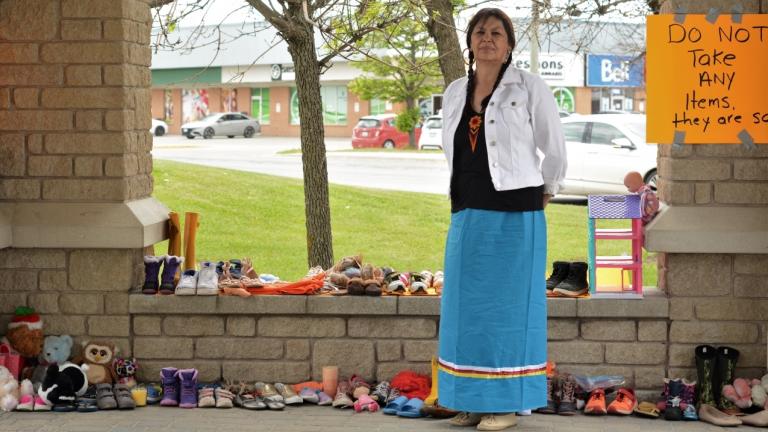