OPINION: The Tories once again won more votes than the Liberals but failed to win more seats. That doesn’t mean they need a change at the top
By David Moscrop - Published on Sep 22, 2021
Conservative leader Erin O'Toole gives his concession speech in Oshawa on September 21, 2021. (Adrian Wyld/CP)

Some ballots are still being counted as Canada’s 44th general election comes to an end, but the outcome is decided. The Liberals have retained power and will continue governing in a minority Parliament. The final seat count, which may shift as mail-in ballots are processed, looks a lot like the 2019 distribution.

The results are particularly disappointing for the Conservatives, who, for the second time in a row, won more votes than the Liberals but failed to win more seats. In fact, they look likely to drop two seats from their 2019 count. But such is the nature of Canada’s first-past-the-post system, in which the country holds 338 local elections rather than one single national election. The Tories performed better in Atlantic Canada this time around but worse in the West. More to the point, they were shut out of Toronto and underperformed in the Greater Toronto Area and the Ottawa region, too.

In 2011, when the Conservatives formed a majority government, they took 73 of Ontario’s 106 seats. In 2015, when they lost government to a Liberal majority, the party dropped to 33 seats in Ontario, and the Liberals took 80 of the province’s 121 post-redistricting seats. In 2019, the Tories picked up three seats in Ontario for a total of 36 — nowhere near enough. This time around, once more with the caveat that mail-in ballots may shift results a bit, the blue side looks like it’ll take 37 seats and a slightly higher share of the popular vote in the province than it won in 2019, despite having suffered a net loss to the Liberals in the GTA. Once more, nowhere near enough for them.

As I wrote in a recent piece, the province — especially the GTA — is essential to Conservatives winning. Party leader Erin O’Toole was counting on gains in the province and region and even offered a specific plan for the GTA, which, as the party release notes, is home to nearly one in five Canadians. After the 2019 loss, the Conservative retooled and re-emerged as more of a 1980s-style, pre-merger Conservative party. Red Tories were back. Sort of. Less concerned about deficits and debt, or at least less insistent on focusing on them for now. More concerned about workers, if only superficially, for the most part. Committed to certain social programming, but well within the inadequate boundaries of the status quo and the imagination of the tax system. They even had a climate plan, fuzzy as the details were. This approach was meant to make the Conservatives more palatable, less frightening, and more likely to draw disaffected past-Liberal voters in metro areas and cities. It didn’t work. Well, it didn’t work enough.

O’Toole banked on affordability and housing as key planks of the strategy in Ontario, where both issues resonate with voters. That earned him 35 per cent of the vote in the province; Liberals ended up with 39 per cent. It will be some time before we know just what made up the Liberal victory, but $10-a-day child care almost certainly had something to do with it — and the Conservatives’ failure to counter that plan with anything better than a tax credit almost certainly had something to do with that party’s loss. For millions, child care is one of the ultimate affordability issues, and the Liberal plan was better. O’Toole’s cagey stance on mandatory vaccinations for his candidates and his hedging on the issue more broadly —opposing vaccine mandates for public servants, for instance — likely didn’t do him any favours. Ditto his flip-flopping on guns and climate targets and his muddled messaging on two-tier health care.

Ahead of the federal election, in June, Ontario premier Doug Ford’s approval rating crashed 20 points, to 40 per cent — still fairly high, all things considered, but far lower than the 60 per cent he’d enjoyed during the early days of the pandemic. The Conservatives decided not to mobilize Ford, and the premier all but vanished during the election. In Alberta, the party plummeted nearly 14 points, likely in large part due to the unpopularity of United Conservative Party premier Jason Kenney. It’s hard to say whether Ford weighed down Conservative numbers in Ontario in any significant way — again, the party vote share grew over 2019 — but he might well have.

The future of O’Toole’s leadership will be decided in the weeks to come. He’s promised a review of what went wrong during the election. He may be more likely to hold on than Andrew Scheer in 2019, despite the fact that he failed to make gains in Ontario, but he’s in for a rumble. The Conservatives would be wise to keep him and aim for a two-election strategy that counts, in part, on the collapse of the Liberals as essential to their path to power. Canada has a long history of growing tired of the Liberals after a decade or so of governance and replacing them with the Conservatives. That replacement didn’t happen in the status quo election of 2021, but it very well may in 2022 or 2023 — at which time, the Ontario electoral map might look very different. 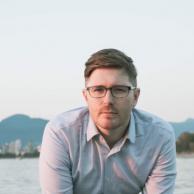 David Moscrop is a political theorist, a contributing columnist for the Washington Post, and the author of “Too Dumb for Democracy? Why We Make Bad Political Decisions and How We Can Make Better Ones.” 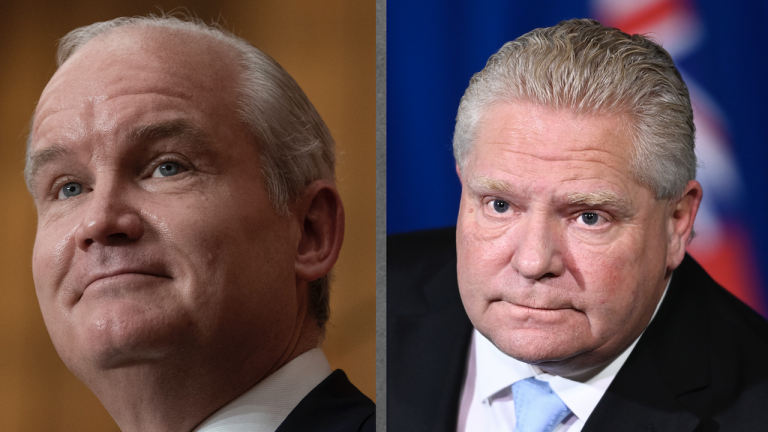