Why Ontario’s wildlife-rehab centres could become an endangered species

Most of the province’s 57 registered rehabilitation facilities are still run by their founders — many of whom are close to retirement. Who will replace them?
By Mary Baxter - Published on Sep 06, 2019
A laggar falcon at the Salthaven Wildlife and Education Centre near Mount Brydges, west of London. (Mary Baxter)

PLYMPTON-WYOMING — Thirty-three years ago, Linn Eves came across a grounded American kestrel, North America’s smallest breed of falcon. It had a broken wing, and she didn’t know what to do. Neither did the local veterinarian. Ontario’s Ministry of Natural Resources suggested that she contact Nancy Phillips, the operator of a wildlife-rehabilitation centre in Amherstburg, near Windsor. “She told me what I should do and how to go about it,” Eves says.

Inspired by the experience, Eves took a piece of advice from Phillips and, later that year, placed an ad in a local paper looking for others interested in helping to foster wildlife orphans and rescue injured animals. Within a year, the group, made up of six people, established a wildlife-rehabilitation network to serve Lambton County. On a large rural property east of Sarnia, Eves took in bigger animals — deer, racoons, large birds. “I was doing it full-time,” she says, “but in amongst my shift work [as a lab technician at Bluewater Health, in Sarnia] and raising two children.”

Eventually, Eves began to focus primarily on raptors — owls, vultures, hawks, and the like — as well as on herons, loons, and swans. The birds would often be delivered to her property by people who’d found them by the side of the road. She built cages, some the size of two-car garages, that would give them room to fly. She also set up an on-site clinic where she and her part-time employees (one helps her year-round, and she hires two summer students a year) nurse the injured birds. In 1992, the site officially became the Bluewater Centre for Raptor Rehabilitation; it now helps roughly 70 animals recover from injury each year.

But there’s a problem: while the centre has received federal grants that cover the summer students, its only source of revenue is private donations from individuals and corporations.

And Eves, who has always volunteered her time, can’t work forever. This year, she turned 62 — and she’s begun to consider what will happen after she’s gone. “To be sustainable is always in the back of my mind,” she says.

Of the 57 rehabilitation centres registered with the Ministry of Natural Resources and Forestry, 54 are still run by their founders, many of whom are nearing retirement age. Most don’t have a succession plan, says Sandy Donald, a spokesperson for Ontario Wildlife Rescue, an umbrella organization representing rehabilitation centres and a referral service for people looking to connect with them. “The wildlife-rescue community operates on a shoestring,” he told TVO.org via email. In recent years, at least 10 centres have closed — in most cases, he wrote, because their “founder or guiding light packs it in.”

Brian Salt, 69, and his wife founded Salthaven Wildlife and Education Centre more than 30 years ago. With locations west of London and in Regina, it helps as many as 1,500 animal patients a year — foxes, snakes, beavers, and others. On a given spring day, he says, up to 150 people will call about injured or orphaned animals. The organization, whose annual operating costs are about $250,000, runs entirely on private cash, in-kind donations, and the occasional government grant.

Salt came up with at least a partial solution: he took out a life-insurance policy on himself. “If something does happen to me,” he says, “then there’s money there that we can bring somebody in who has skills, talents, and abilities to do what needs to be done.”

Salthaven’s large volunteer base, he says, can be counted on to step up when he retires. And a newly purchased plot of land near Strathroy will allow the organization to expand. But it will still need a skilled leader, he says — and skilled leaders cost money: “Nobody’s going to be crazy enough to do what I do 16 hours a day for no pay.”

Sherri Cox, executive director of the Caledon-based National Wildlife Centre, thinks she might have found the answer to securing stable funding and preparing for a smooth succession. In late July, the centre, which is home to veterinary and rehabilitation services and features Ontario’s only mobile wildlife-animal hospital, acquired a 100-acre property near Guelph that includes a veterinary clinic. There, she plans to establish a small domestic-animal veterinary service, the profits from which would go, in part, to supporting the centre’s rehabilitation, training, and research activities.

“We are going to be building a wildlife hospital as an expansion of the existing clinic,” she says, adding: “We have an opportunity to take some of the revenue [from the clinic] and share it back with wildlife. Because, remember, wildlife don’t have owners. There’s no one to care for them. Wildlife may suffer more than all the other animals out there because we see only a tiny fraction of the animals that are truly sick, injured, or orphaned.”

Rod MacFadyen, board president and operations manager of the Owl Foundation, in Niagara Region, doubts that most centres will be able to outlive their founders and believes governments should make it easier for new centres to open. He also suggests that governments should further develop regulations surrounding care standards and training, and work to increase access to high-quality veterinary care. Progress is already being made in Ontario, he says: the province’s veterinary community now has greater expertise in treating wildlife, and the introduction, in the 2000s, of care standards for rehabilitators to follow has ensured that rehabilitators have to complete some training in order to obtain their licence, and provided some guidelines as to the quality of care injured or sick wildlife should receive.

Eves, for her part, has begun training a potential successor: 34-year-old Erica DiMuzio, who’s been volunteering with Bluewater for a decade. DiMuzio is interested in pursuing a career in nursing, though, and she worries about the workload. “She does so much work,” DiMuzio says of Eves. “We’re on call literally 24 hours a day, 365 days a year.”

But Eves remains optimistic that there’s a future for the centre. “I know we’re going to work it out,” she says, “because where there’s a will, there’s a way. There’s going to be another young person that comes along that’s interested in doing the rehab and learning it along with Erica, like Erica did.”

Coronavirus
London researchers search for new ways to fight the pandemic
Artificial intelligence. Ultrasound. Firefighters’ masks. All tools that researchers in the city are currently using to understand — and combat — COVID-19.
Mary Baxter

Windsor
‘Everything about it rocked’: How Windsor’s CKLW flouted the brand-new CanCon rules
Jamie Bradburn 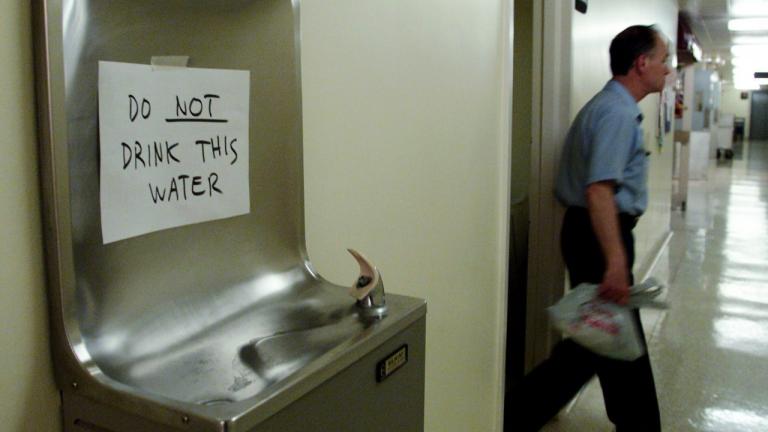 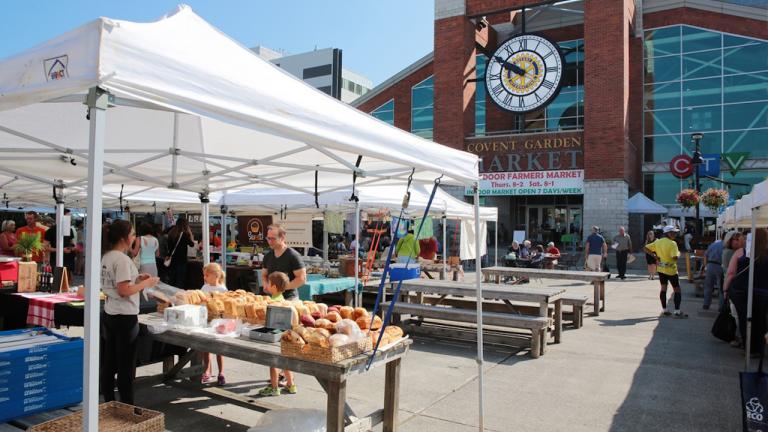