Why Ontario shouldn’t pave paradise to put up a highway

OPINION: A walk through a parcel of land in Vaughan shows just how much Ontarians stand to lose if Highway 413 is built
By Gideon Forman - Published on Sep 14, 2021
Monarch-butterfly habitat could potentially be threatened by the construction of Highway 413. (rruntsch/istockphoto.com)

Many obvious things will be lost if mega-highway 413 is allowed to bulldoze through southern Ontario, cutting across the Greenbelt and farmland and paving over more than 8 million square metres of land.

For one, the $6 billion it will cost (at minimum) will be unavailable for vital climate solutions, including sustainable transportation options such as light rail, electric buses, and bike lanes.

But lost as well will be numerous things that are splendid and quite subtle. This is something to remember when we cast our ballot in the upcoming federal election. We need all parties to prioritize natural beauty.

In May, the federal government ordered an environmental assessment of the highway, known as the GTA West Transportation Corridor, citing its potential to adversely affect the habitat of federally listed species at risk. The decision followed the release of an open letter from more than 50 scientists arguing the project could extirpate the redside dace — an endangered fish — and exacerbate the climate emergency. Despite outcry from experts and the general public, just weeks ago, the Ontario government reiterated its claim that the highway, which would run 59 kilometres to the west of Toronto and connect the 401/407 interchange in Halton Hills with Highway 400 in Vaughan, is necessary to accommodate population growth.

So I wanted to visit the highway’s route myself and see first-hand what would be at stake if the project were to go forward.

In August, I walked the trails of the Nashville Conservation Reserve, a wooded parcel of land in Vaughan just 30 minutes north of Toronto. One would think “reserve” status would protect the area from highway construction. It does not.

Our tour guide was Ryan Norris, a University of Guelph biologist and wildlife-conservation expert.

As we hiked through meadows and forest, Norris was acutely aware of birds. In a world that privileges the visual, he identifies them first by sound. “Hear that? Indigo bunting.”

This music took all his attention. He stopped abruptly, grew rapt. He became an instrument, a receptor, picking out bird calls from the air and generating creatures’ names. “Hear that nasal sound?” he asked, pointing his finger upward. “Nuthatch.” Only after did he lift binoculars to his eyes.

The coming of 413 will end this magic. The songs absent, there will be nothing to translate.

Gone too will be the float and flutter of butterflies. Norris’s partner, biologist Jessica Linton, explained the difference between the flight pattern of two local species: the monarch and the viceroy. The former’s is lighter, higher; the latter’s, more agitated and erratic. That distinction will be lost on the 413’s builders. They will snuff out these little movements.

I’m intrigued that this diminutive wilderness exists even now, a short trip from Vaughan Metropolitan Centre. The VMC, with its soaring condo towers and nearby freeways, has been almost wholly mastered by humanity; there’s scant provision for wildlife. But at the reserve we saw a toad, a pileated woodpecker, and a brilliant yellow goldfinch in a meadow. We didn’t see buildings or advertisements but did spot coyote droppings. Here people are the minority, trees the majority — a welcome break from modernity. Hwy 413 will reverse these proportions.

Near the end of our tour, we arrived at the Humber River, a portion of which passes through the reserve. Walking here is travelling to old Ontario. The scenes I saw of the waterway in August 2021 — with its white boulders midstream, pink flowers adorning the banks, and a background of sandy cliffs — could have been painted on a summer’s day in 1821. The setting is innocent of civilization. The 413 will obliterate this; it will prevent us from spending an afternoon in the distant past.

I’ve tried to sketch a few of the gentler things that will disappear if the highway goes ahead. But writing these words, I realize I haven’t captured them. I can’t adequately express what would be lost if the 413 were built.

Perhaps this is one of the lessons here. When we dismantle the natural world, the negative consequences are great — immense, in fact.  But conveying them in their entirety, in their nuance and complexity, is probably beyond us. We know not what we do.

When we vote this month, let’s reward candidates who approach nature with humility and respect. 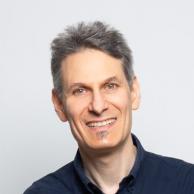 Gideon Forman is a transportation-policy analyst at the David Suzuki Foundation.

Opinion
Why Doug Ford should do the unthinkable: introduce a carbon tax

OPINION: Justin Trudeau’s election win means the carbon tax is here to stay. Does Ford really want him to take all the credit for climate policy?

Opinion
When they’re done celebrating, the Liberals need to do some serious reflecting
John Michael McGrath