Why Ontario farmers are pledging to take climate action

Sleepy G Farm avoids synthetic pesticides, is trying to reduce tillage, and uses cover crops — it’s just one of the more than 150 farms across the province that have signed on to the National Farmers Union’s Climate Action Project
By Brianna Sharpe - Published on Sep 16, 2019
Sleepy G Farm, owned by Marcelle Paulin and Brendan Grant, is located outside Thunder Bay. (Courtesy of Marcelle Paulin)

This story is part of Covering Climate Now, a global collaboration of more than 220 news outlets to strengthen coverage of the climate story.

From the rock face towering over Pass Lake, 50 kilometres outside Thunder Bay, a sharp-eyed climber can catch a glimpse of a very different kind of world: a sprawling 69-hectare property home to a beef herd of short-horned cattle, some oxen and chickens, and . Sleepy G Farm, owned by Marcelle Paulin and her husband, Brendan Grant, is “carved right out of the woods” just outside the city, Paulin says. The rugged geography of the area, she notes, can make farming a challenge, but, over the past 13 years, the couple has created a thriving certified organic farm and established a community-supported-agriculture program, an arrangement that lets consumers share the seasonal yield in exchange for supporting the farm.

Like a growing number of farmers across the province, Paulin and Grant are taking climate action. For instance, Paulin says, they avoid synthetic pesticides and fertilizers, try to reduce tillage, and use cover crops, an extra layer of non-profit crops grown to increase soil quality, reduce erosion, and sequester carbon. They’ve also committed to various forms of mitigation and adaptation measures as part of the National Farmers Union’s Climate Action Project.

Alfons Weersink, an agricultural economist and a professor at the University of Guelph, confirms that climate change is affecting the way farmers operate in Ontario and around the world. “It’s not an average going up a little bit; it’s the extreme events that are more of a concern,” he says, mentioning the increase in both very dry and very wet weather, conditions that Agriculture Canada estimates can reduce yields by up to 50 per cent. “You put the two things together, increasing weather variability and declining soil health,” says Weersink, “and you have farmers motivated to take some action.”

In Ontario, farmers must hold membership with one of three organizations: the Ontario Federation of Agriculture, Christian Farmers Federation of Ontario, or the NFU-O. Paulin says that she and Grant chose the NFU-O because the organization “stands up for farmers, not agribusiness,” values the inclusion of women and marginalized individuals, and supports action on climate issues. Paulin herself is on the board, and Sleepy G is one of a growing number of farms that have signed on to the NFU-O’s new Climate Action Project.

Aric McBay, the manager of special projects for the NFU-O, says that the project came about in early 2019 because farmers were worried about the effects of climate change on their farms and in their communities — but often weren’t sure how to engage or act. Now, farmers such as Paulin and Grant can watch a climate-action webinar and take a pledge to commit to three strategies from a menu of mitigation/ prevention and adaptation/ resilience options, including creating a plan to optimize carbon capture or to compost. Sleepy G, for instance, uses cow manure to create high-quality compost that naturally fertilizes the soil.

Supported by a grant from the federally allocated Climate Action Fund, the NFU-O recently  held a dozen “kitchen table meetings” in communities across the province.“Farmers sometimes get blamed for climate change,” McBay says. “So we wanted to really break that down in our discussions and understand where are the major emissions are coming from in Canada, and within agriculture, and what are the steps we can take to reduce emissions in both areas.”

In the most recent Sleepy G newsletter, Grant shares his experiences at the Thunder Bay kitchen-table meeting, which featured other famers, NFU-O facilitators, and members of the public. He says that one of the most important things he learned is that agriculture is the sixth-highest producer of greenhouse-gas emissions in Canada. It may be seem easy to blame tractor and machine use entirely for this, he writes, but “the truth is that how we till the soil and the type of fertilizers we use have the greatest impact on farm-related GHG emissions.” But he also says that farmers are well-positioned to slow or even reverse climate change.

The Intergovernmental Panel on Climate Change’s recent report on land use states that one way the the agriculture industry can reduce its climate impact is through tillage reduction. Paulin says that, in early fall, when weeding season is wrapping up, many farms start plowing. Although that can ready the soil for the next sowing, it also strips roots of nitrogen and carbon and degrades soil health. This year, as part of its pledge, Sleepy G, hopes to leave its fields untouched until spring.

According to Environment and Climate Change Canada, agriculture accounts for 8.2 per cent of greenhouse-gas emissions domestically, a much smaller contributor than transportation (28 per cent) and the burning of fossil fuels (45 per cent). All industries must find ways to reduce emissions, MacBay says, but “agriculture might be the only sector that can absorb greenhouse gases and sequester them. And we can do that now, it’s not that we have to wait for new technology.” The project recommends a number of steps farmers can take to sequester carbon while also improving the quality of the soil, including rotating crops, reducing chemical fertilizer and pesticide use, and planting cover crops.

MacBay says that more than 150 farms from across the province have committed to the NFU-O’s climate-action pledge. But, he notes, there are still significant barriers to adopting climate-friendly and regenerative farming practices: both farm debt and the price of farmland are at record highs, and practices such as cover cropping and crop rotation became less common as agriculture evolved over the last century.

When farmers use their voice on climate issues, they raise awareness of the fact that “they manage [the carbon, water, and nitrogen] cycles for us,” says Kirby Calvert, an associate professor at the University of Guelph who specializes in renewable energy and human-environment interactions. He does worry that the focus on agriculture-sector greenhouse-gas emissions distract from what he sees as the more urgent climate concern: the need to get away from the burning of fossil fuels. But he notes that this provides an opportunity to draw farmers into the conversation; they can, for example, contribute to the development wind and solar energy-plans that require land access and collaborative solutions.

Paulin isn’t sure she’d call herself a climate activist or advocate. “I think people would identify me as that — maybe I’m not an activist, but more of a practitioner, because of the nature of what we do, how we believe in a new and a better approach,” she says, adding with a laugh, “I would say I’m more of a climate-change-prevention practitioner.” 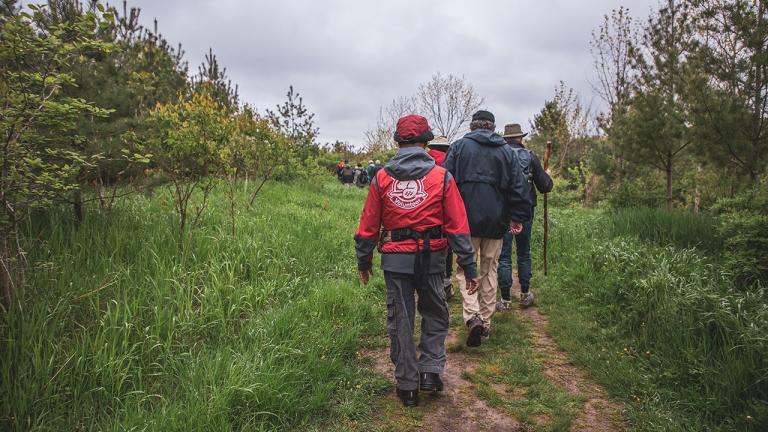 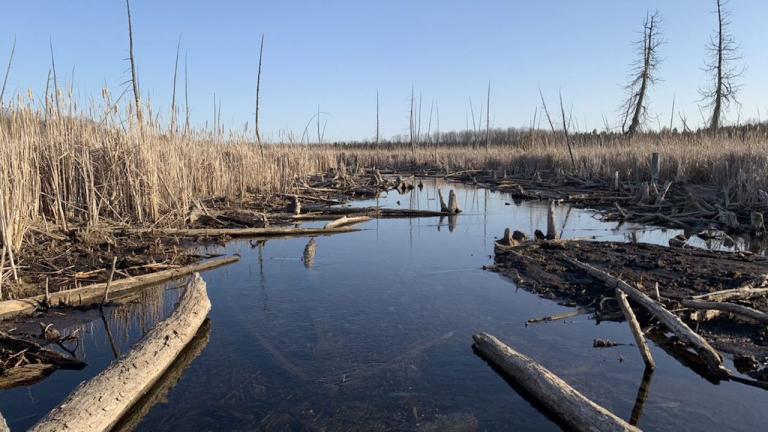