Why new prisons may not bring new jobs

The provincial government says that planned facilities will create jobs and support post-pandemic recovery — but experts suggest that locals don’t generally reap the rewards
By Sebastian Leck - Published on Mar 03, 2021
Colleen Lynas is an organizer for the group Coalition Against the Proposed Prison in North Grenville. (Jane Rutter)

The Ontario government is proposing an unusual strategy for economic recovery from COVID-19: build more prisons.

This past fall, residents of Kemptville, a small community of 4,000 people near Ottawa, learned that they will soon live next to a maximum-security prison. It’s part of an infrastructure plan, called the Eastern Region Strategy, that includes building two new prisons and expanding two others.

Premier Doug Ford has said that the investment will both reduce overcrowding in the justice system and support economic recovery after COVID-19. “These four projects will also help create jobs right here in Ontario, both during construction and once the facility is built,” he said at a press conference in August. “It’s clear that these investments will contribute significantly to the economic recovery.”

The premier isn’t the only one talking about new jobs. Jason Baker, the mayor of Brockville, has said that building an expanded correctional complex in place of the old Brockville Jail will bring “quality jobs” to the town. Nancy Peckford, the mayor of North Grenville — the municipality that includes Kemptville — told a local newspaper that the new facility there will lead to 500 new jobs and “many other indirect employment opportunities.”

There’s one problem: there’s scant evidence that’s true. Little research has been done in Canada on the economic consequences of building prisons, and the few papers that do exist suggest that local towns don’t generally reap the rewards.

In 2017, Humber College professor Greg McElligott released a paper that found that, in Canada, prison towns usually don’t win prison-construction contracts. Instead, those tend to go to large companies in big cities. “There are companies that specialize in this,” he says. “They roll into town; they put in a bid. No local company is going to be able to do that.”

The companies that dominate McElligott’s list are such huge national firms as Bondfield, Bird Construction Company, PCL, and Maple Reinders Group — which, he says, are likely to bring their own specialized workforces with them.

Only eight of the 25 prison towns that McElligott investigated had local companies win any contracts, and even those fared poorly. In Kingston, where there are four prisons, fewer than half of construction contracts went to local businesses. In Abbotsford, British Columbia, home to three federal prisons, only a third of contracts were won by local firms. In Kitchener, the figure is fewer than one-tenth.

McElligott says that some local businesses could get contracts to, for example, deliver food or supplies but that “they're likely to be nowhere near as big as the money that's going to the people building the prison, who are probably going to be from somewhere else.”

His research focused on federal prisons, and he says there could be more part-time staff at provincial correctional centres. Even there, though, the higher-ranking and better-paid jobs tend to go non-locals. “They do tend to hire more part-time people at the provincial level,” McElligott says. “It could be that they hire some part-time people, but the permanent jobs are more tightly organized and centrally arranged, so they may very well be from all over the province.”

Governments have made this pitch before. In 2011, Stephen Harper’s federal government argued that building new prisons would bring economic growth to the surrounding communities. And, in the 1980s and ’90s, towns across the U.S. competed for state prisons with the expectation that they would bring a recession-proof industry with them.

Research in the United States, however, found that rural prisons have limited effects or even a negative impact on local economies.

A spokesperson for the Ministry of the Solicitor General tells TVO.org via email that major infrastructure projects such as the prison “are of a size and scope that bring economic benefits to the communities in which they are built.”

“For example,” they continue, “builders often employ local residents and purchase from local suppliers, where possible. There are also economic spin-offs in the form of increased demand for restaurant meals and other services in the area that can benefit the entire region for years to come.” Information about the number of construction jobs, they state, won’t be available until the project is off the ground and contracts are signed.

That’s different from what ministry officials said during a public consultation with the North Grenville community in November 2020, when they presented a slide indicating that “hundreds'' of direct and indirect jobs would be created by the construction of the new prison.

One example they provided was the South West Detention Centre in Windsor, where, at the peak of construction, there were “approximately 200 workers employed and 80 per cent of those were local to the surrounding area.” (The contract was awarded to the Bondfield Construction Company, based in Vaughan.) Listed economic benefits for the Durham Region Courthouse, a private-public construction project, included “increased demand for restaurant meals, office space and other services” from 1,500 people doing business in the courthouse and an estimated $7 million per year in extra spending to the City of Oshawa.

The mayor of North Grenville, Nancy Peckford, is staying on the fence.

“Like everyone else, we are in the process of assessing information from Ontario ministries, municipalities and academics,” she tells TVO.org via email. In response to a question about her statement that the facility would bring 500 jobs to the community, she writes that she was simply relaying information she’d received from the Ontario government: “It is their number, not mine.”

Colleen Lynas, an organizer for the group Coalition Against the Proposed Prison in North Grenville, attended both a closed-door stakeholders’ meeting and the public consultation — and says she found the economic evidence unconvincing. “From what I can see, this plan was literally cooked up by bureaucrats in Queen’s Park who have never set foot in Kemptville,” she says. “If they truly wanted to invest in North Grenville, then consult our local council, consult the community, and seek opportunities that make sense for the vision of the community.”

Her group, along with the North Grenville Jail Opposition Group, has begun pushing against the construction of the prison. She says she’s not worried about public safety in Kemptville —she’s concerned that the new prison will hurt tourism and isn’t the right way to revitalize the downtown. “It's not particularly healthy for anybody to be working in the correctional system,” she says.

Greg McElligott, too, says that the province should look at other uses for the money intended for prisons. To prevent the rapid spread of COVID-19, the Ontario government released almost a third of provincial prisoners — mostly on bail — between February and April 2020. Some commentators, such as Paula Osmok, the executive director of the John Howard Society of Ontario, have suggested continuing those policies to incarcerate fewer people on a permanent basis.

“Rather than build a prison at all, you could send fewer people to prison, which might be better for society,” says McElligott. “You might spend more money on schools, training programs, counselling programs, anti-addiction programs. Any of that might have a very similar effect on crime, and it might actually be better in terms of job creation than anything you're doing in the prison.” 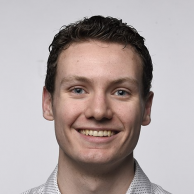 Sebastian Leck is a Toronto-based writer and editor whose work has appeared in such publications as The Walrus, Toronto Life, the National Post, and the Hamilton Spectator.