Why Indigenous students risk leaving home for their education

EXCERPT: The needs of First Nations children have been forgotten in a country that prides itself on having one of the best school systems in the world, writes Tanya Talaga.
By TVO Current Affairs - Published on Oct 16, 2017
Inside Dennis Franklin Cromarty school in Thunder Bay, where many Indigenous students from remote First Nations communities attend high school. (Fred Lum/Globe and Mail)

In Seven Fallen Feathers, journalist Tanya Talaga writes about the lives of seven Indigenous high school students who died in Thunder Bay between 2000 and 2011. She explains the conditions in Indigenous communities and why students need to go to urban centres for school and work. This excerpt begins with a 2011 conversation she had with Stan Beardy, then grand chief of Nishnawbe Aski Nation (NAN), while she was researching an article on Indigenous voting rates.

I rattled off abysmal voting-pattern statistics among First Nations across Canada, while pointing out that in many ridings Indigenous people could act as a swing vote, hence influencing the trajectory of the election.

Stan stared at me impassively.

I started firing off some questions, but every time I tried to engage him, he talked about the disappearance of a 15-year-old Indigenous boy name Jordan Wabasse.

It was a frustrating exchange. We were speaking two different languages.

“Indigenous voters could influence 50 seats across the country if they got out and voted, but they don’t,” I said. “Why?”

“Why aren’t you writing a story on Jordan Wabasse?” Stan replied.

“Stephen Harper has been no friend to Indigenous people, and if everyone voted they could swing the course of this election,” I countered.

I tried to ask about Layton. Surely the policies of the left-leaning New Democrat Party would be more focused on Indigenous issues, I pressed.

But to this, Stan said, “They found a shoe down by the water. Police think it might have been Jordan’s.” 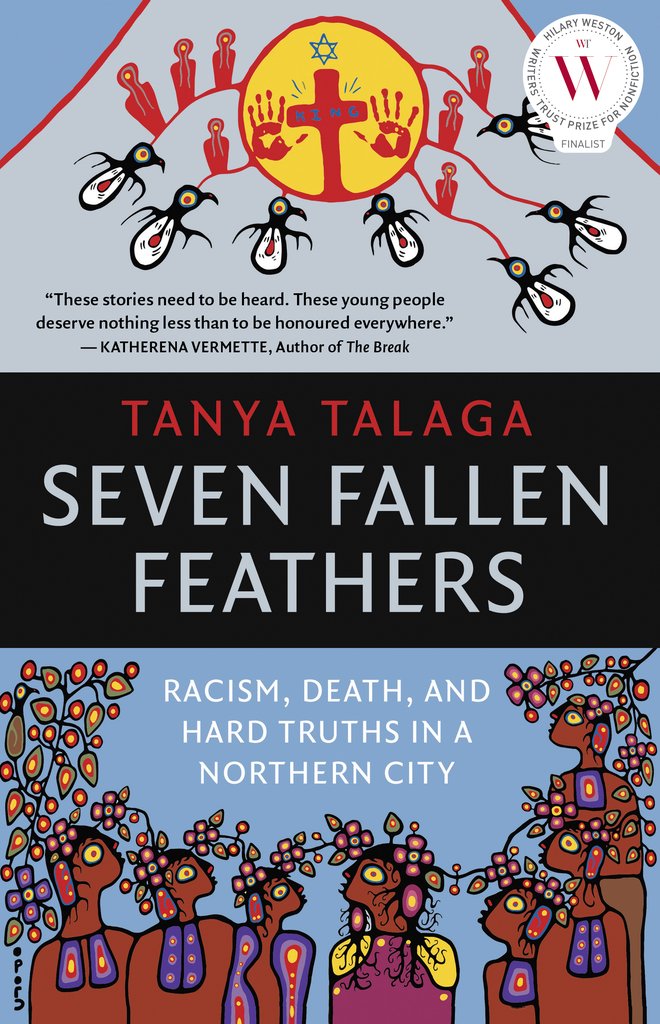 This standoff went on for a good 15 minutes before I gave up and we sat in silence. I was annoyed. I knew a missing grade nine Indigenous student in Thunder Bay would not make news in urban Toronto.

Then I remembered my manners and where I was. I was sitting with the elected grand chief of 45,000 people, and he was clearly trying to tell me something.

Stan told me the seven students were from communities and families hundreds of kilometres away in the remote regions of northern Ontario, where there are very few high schools. Each was forced to leave their reserve to pursue their education.

More than 75 northern First Nations from NAN territory and from Grand Council Treaty #3 near the Manitoba border are isolated reservations spread across a vast area of forests full of birch trees, sweet-smelling cedars, and the rock of the Canadian Shield. Indigenous people move to Thunder Bay out of necessity to complete their high school education, to find a job, to access health care, and to escape the poverty of the rez.

About 108,000 people live in the city, and according to Statistics Canada more than 10,000 are Indigenous. But that number is only going up. Near 2030, 15 per cent of the City of Thunder Bay’s estimated population is expected to be Indigenous.

The city couldn’t be any more different from the communities they have left. Back home, there are no traffic lights or crosswalks. No McDonald’s or Loblaws. Most communities have only one shop – the Northern Store, a catch-all selling everything from high-priced groceries to batteries and rubber boots. These goods are all flown in via charter airplane, making the prices prohibitive – often 3 or 4 times the price of food in southern cities.

Food insecurity in the north isn’t just about prices. Vegetables, fruit, and fresh meat are often so expensive that people rely on cheaper food items such as bread, pop, and processed meat to fuel their diet. Poverty forces these choices and a host of food-related problems plague Indigenous people as a result. Diabetes, high blood pressure, heart disease, and dental problems are all consequences of diets high in carbohydrates and sugar. There is a strong push to return to traditional foods – such as moose, rabbit, fish, partridge, and goose – to reduce dependence on pricey, flown-in groceries and to learn the ways of the ancestors.

The communities are surrounded by the largest concentration of freshwater lakes in the world, but the First Nations often have no access to clean running water and sewage systems. If power goes down, water can’t be filtered. Access to strong, sustainable power is a constant issue in the north – many communities rely on carbon-spewing diesel generators to supply them with electricity. Lines can freeze in the winter. Nearly half of Ontario’s Indigenous communities have a boil water advisory at any given time. People can’t drink what comes out of taps, and parents can’t bathe their children in water that isn’t laden with bacteria. Sometimes what water they do have is stolen by bigger southern cities. For nearly a century, the Manitoba city of Winnipeg has used an aqueduct to suck away water from the northwestern Ontario Indigenous community of Shoal Lake 40 to provide the city of nearly 700,000 people with drinking water. Meanwhile, the water left for the residents of Shoal Lake 40 is laced with bacteria and a boil water advisory has been in place for nearly 20 years.

The communities have virtually no hospitals – there is one in Moose Factory – no professional fire departments, and very few functional schools. Almost all of the schools located in fly-in reserves end at Grade 8, with only a handful going to Grade 12. If student want to go to high school, they have to move to an urban centre such as Timmins, Sioux Lookout, or Thunder Bay.

The last residential school in Canada was shut down in the 1990s. The federal government, through Indian and Northern Affairs Canada (INAC), was then supposed to fund and maintain schools for Indigenous children. But across Canada, this promise has never been properly fulfilled. The quality of teaching standards and equipment at reserve schools varies widely from coast to coast. Fundamentals that other school jurisdictions take for granted, such as libraries, gymnasiums, and science labs, are routinely absent.

“Going to high school is the right of every Canadian child,” Stan said. But these children have been treated differently, their needs forgotten in a country that prides itself on having one of the best education systems in the world.

Excerpt from Seven Fallen Feathers: Racism, Death, and Hard Truths in a Northern City copyright © 2017, by Tanya Talaga reproduced by permission of House of Anansi Press Inc., Toronto. All rights reserved. No part of this excerpt may be reproduced or reprinted without written permission from the publisher. www.houseofanansi.com.

Society
‘A high emotional toll’: Why Ontario veterinarians are under pressure
Diane Peters

Thunder Bay
Think you’ve been working remotely too long? These students haven’t been to class since 2019
Lindsay Campbell