In a present-day world undergoing significant social change, the province’s teachers are finding new ways to engage students about the past
By Karen Black - Published on Oct 26, 2020
Traditionally, the Grade 10 mandatory Canadian history course focused on the First World War, the Great Depression, the Second World War, and the Cold War. (iStock/Ivan-balvan)

High-school history, once thought of as a set of unalterable facts, is undergoing a seismic change. Kick-started in 2013 when students got training in how to think like historians, it’s a change that’s been gaining ever more momentum in light of COVID-19 and the Black Lives Matter movement.

Christina Ganev, who teaches history at Toronto’s East York Collegiate Institute and coaches other Toronto District School Board instructors on how to teach Canadian history, calls it a “mind shift”: “Canadian history looks very different than it did 10 years ago,” she says.

Traditionally, the Grade 10 mandatory Canadian history course focused on the First World War, the Great Depression, the Second World War, and the Cold War, leaving little room for much else. Today, it’s not just the content that’s different, but also the approach.

Ganev starts by asking her students, “What do you know about Canadian history? And how do you know it?” She says she always gets the same response — “that this is a great, welcoming, inclusive country and that we’re really nice.” But, she adds, students “don’t know that other side of the history.” And that’s what she and other teachers are trying to change. “There’s been a lot of erasure of history of Black and Indigenous people in Canada. And so I ask students, ‘Why do you think that is?’ and teach them the skills to challenge the narratives that they’re presented with.”

Her teaching reflects the inquiry-based approach, which became part of the Ontario curriculum in 2013: the goal is to provide students with the tools to do history — instead of simply telling them about it. That means giving students historical thinking skills: for example, ways of evaluating historical evidence such as diaries, letters, or oral histories. Ganev gets her students to interview family and community members and bring that evidence back to the class analyze it.

In 2018, in light of the recommendations of the Truth and Reconciliation Commission, the curriculum was revised again to specifically direct that Indigenous history and the impacts of colonialism be taught.

Ganev says the explicit requirement is having a huge impact on how history is taught in Ontario classrooms. As well as covering a stand-alone unit on Indigenous history, she says, she now includes Indigenous perspectives in all her lessons. When teaching the First World War, for example, she talks about the experiences of Indigenous soldiers — why they joined and how they were treated when they returned. She says that teachers will now get students to consider such questions as “How did the war affect how Indigenous people saw this land we know as Canada?” — something, she notes, that teachers typically wouldn’t have thought of asking in the past.

And Canadian history is getting another shake-up as a result of COVID-19 and the Black Lives Matter movement. Ian Duncan, who teaches Grade 10 Canadian history in the Halton District School Board, says that what’s most important for students now is to know that what they study has a purpose: “Students have seen people struggle through COVID. They've struggled themselves. They say, ‘Why are we studying this if it doesn't improve society?’ And they are hungry to understand why Colin Kaepernick is taking a knee.”

Against the backdrop of COVID-19, Duncan discusses how Canadians responded when confronted with other health crises, such as the 1918 Spanish flu epidemic, the polio quarantines in mid-century, AIDS in the 1980s, and SARS in the early 2000s.

Rachel Collishaw, president of the Ontario History and Social Science Teachers’ Association says that change is also happening because teachers want to teach students “meaningfully so that they can see themselves reflected and also understand the experiences of others.”

Duncan created a three-day unit on LGBTQ history because, he says, “It’s vitally important for queer-identifying students to see themselves as part of the history being told in the classroom.” But teachers, he adds, also need to have training on how to deal with these topics sensitively.

Teaching controversial and sensitive topics is “the number one thing that OHASSTA members want more assistance with,” says Collishaw. Ganev, as a teacher coach for the TDSB, is helping address this problem by preparing pre-approved teaching packages — complete with sample letters to parents, a calendar of topics, and language terms — on such topics as the history of policing.

But many students and teachers say the change hasn’t gone far enough. Nasima Fancy, a high-school student in the York Catholic District School Board who took Grade 10 Canadian history last year, says that there needs to be more analysis and critical thinking as opposed to memorizing dates, names, and events. She says, “BIPOC tragedies were swept under the rug, and BIPOC triumphs were nearly completely unheard of unless deemed politically significant.”

While there are references to Black Canadian history in the curriculum documents, it is not included in the 12 “overall expectations” that teachers much teach and assess. (First Nations history has been included in four of the 12 expectations since 2018.) In August, parents and students marched in Toronto against anti-Black racism in the education system and demanded that the experiences of Black Canadians be woven throughout all subjects. Natasha Henry, a historian and an anti-Black racism consultant who works with various Ontario school boards, has been advocating for years to have a specific mandate for Black history. Henry, who is also president of the Ontario Black History Society, says, “It’s important to understand that curriculum is not neutral. It shapes how people understand what’s happening in Canada.”

A spokesperson for the Ministry of Education told TVO.org via email that “Ontario is committed to supporting continued intentional learning through the curriculum and beyond, providing opportunities for students to learn about communities and our collective responsibilities for inclusion and anti-racism,” adding, “We value the full range of diversity among our students and aim to create inclusive school environments where everyone in our publicly funded education system feels engaged and included, regardless of background or personal circumstances.”

The Ontario Black History Society launched a campaign last week advocating that the education curriculum be updated to explicitly mandate that Black history and experiences be included. When people ask “How dare Indigenous people protest in Caledonia?” or “Why are people marching in Canada around Black Lives Matter?,” Henry says, “it’s because people don't have the context to understand how to connect these histories.” 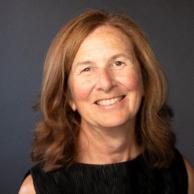 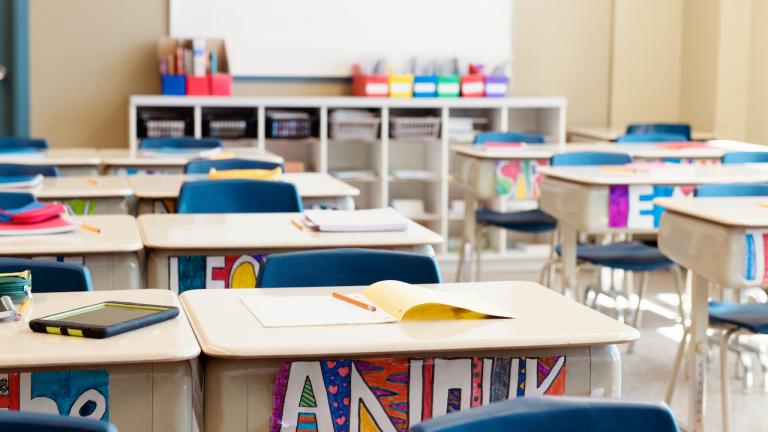