Why finding treatment for addictions is so difficult in northern Ontario

In Red Lake, as in many remote communities across the province, finding counselling services, withdrawal-management support, or residential treatment can be a battle in and of itself.
By Daina Goldfinger - Published on Jul 23, 2019
For those in Red Lake who want to withdraw from drugs or alcohol, the closest withdrawal-management centre is about a two-and-a-half hour drive away, in Dryden. (P199/wikipedia.org)

After about a month-long wait in 2013, the day had finally arrived: Terry Johnston was on his way to a residential treatment facility. The 48-year-old had been booked on a flight to Winnipeg. He was then scheduled to fly to Toronto and take a bus to Guelph, where he’d been enrolled in a 35-day program. But when his flight to Winnipeg was cancelled because of fog, he started having second thoughts.

“Right then, I start to put in mind, ‘Why am I even doing this? Why am I even going?’” he says. “It was an easy excuse to say, ‘To hell with it’ and just go drink. But because I had support from my mom and stuff, that couldn’t happen.”

After a roughly 12-hour delay, Johnston was able to fly out of Red Lake, a small gold-mining town about three hours north of Kenora. Overall, the journey to Guelph took him approximately 12 hours and cost him more than $1,500 one way. But he’s been sober — except for one incident — since completing the program that his former employer paid for just over five years ago.

Johnston is one of the lucky ones. Red Lake is so remote that people there often face major difficulties accessing treatment for substance abuse. “It’s very difficult to line up everything,” says Kim Tennant, a mental-health and addiction therapist at Community Counselling and Addiction Services, which is affiliated with Red Lake Margaret Cochenour Memorial Hospital. “Typically, you’re going to lose the person before you even get them [to treatment].”

Tennant says that the centre where she works is one of the only addiction-treatment services available in Red Lake. So if someone with a substance-use problem needs residential treatment, Tennant says, the process can be long and drawn out. People generally need to wait about three to six months for a bed to become available — even then, getting to it could involve about a six-and-a-half-hour car trip.

“Generally, the more remote the community — the more northern and so forth — the harder it will be to access treatment,” says David Marsh, a clinical-sciences professor at the Northern Ontario School of Medicine. “Residential treatment from publicly funded agencies tends to have long waiting periods — sometimes weeks or months in length. And, particularly in rural parts of the province, people have to travel to get to a program that will accept them.”

For those in Red Lake who want to withdraw from drugs or alcohol, Tennant says, the closest withdrawal-management centre — a facility where people can detox off substances — is about a two-and-a-half hour drive away, in Dryden. That means having access to a car or taking a Kasper bus, which costs $55 plus tax one way, or a taxi, which, according to Tennant, costs $345 one way. First Nations and Inuit are eligible for travel funding through non-insured health benefits, but, even then, the funding needs to be approved, and they get only one trip per year unless otherwise authorized.

In Red Lake, and in other remote Ontario communities, the lack of access to such centres poses a significant problem. “Think about somebody who has been drinking heavily for the last month,” says Brian Rush, a scientist emeritus at the Centre for Addiction and Mental Health and professor in the departments of psychiatry and public-health sciences at the University of Toronto. “You’re not going to put that person in the car and drive for two hours. They may not even make it that far without a drink.”

Before going to Dryden, Tennant’s clients, like all those who go to withdrawal-management centres that don’t offer supervision from licensed medical professionals, need to be stabilized and receive medical clearance — a process that can take hours. “There are times when … I don’t think I’m doing an ethical service for somebody who’s going through withdrawal by having them driven down the road in the middle of the night [for] three hours,” she says. “We don’t send other people down the road for three hours … It just doesn’t seem safe to me.”

Because of a lack of facilities than can help people manage withdrawal, people in small communities often go to hospitals to detox from drugs or alcohol. Johnston, for example, has withdrawn in Red Lake’s hospital twice and was once airlifted to a hospital in Thunder Bay and detoxed there. “If you have somebody who’s a chronic alcoholic who’s on the street, they are frequently in emerg or in the hospital because that’s the only place for them to go here,” Tennant says.

If a Red Lake resident wants to go straight to residential treatment, Tennant says, one of the closest facilities is in Thunder Bay — more than six hours away. To get there, people have to get a drive or catch a Kasper bus, which requires a transfer at Vermilion Bay. If a person qualifies for Non-Insured Health Benefits, they may cover a flight. “The odds of any of this working is very poor,” Tennant says. “Along the way, even if it’s Dryden or Vermilion Bay … there’s a liquor store there that it would not be unusual that somebody, that’s as far as they got.”

People can access counselling and get opioid-replacement medications in Red Lake, but doing so can bring its own set of challenges.

David Gagne, a 38-year-old from Red Lake in recovery from cocaine addiction, has pursued residential treatment outside his community four times, in Thunder Bay, Toronto, Kingston, and Ottawa.

Gagne has used the counselling service in Red Lake, but he says it would be helpful to have more counsellors working in remote areas. “Sometimes it’s hard to get in to see [my counsellor] once every two weeks,” he says. “If we have these addicts, and they’re trying to get fucking help, and you can’t even get in to see a counsellor once in 14 days, there’s something wrong with our whole program.”

According to Marcia Scarrow, the director of Community Counselling and Addiction Services, the addiction services available in Red Lake are not meeting the needs of the population. “There is a continuum of addiction services out there that starts with detox, stabilization, community-based treatment, case management, residential treatment, recovery homes … We only have outpatient treatment,” she says. “We need the continuum of services available to clients so they can access what they need when they need it.”

Tennant used to work in the Kitchener-Waterloo region, and she says that she found it easier to access services and treatment options there. “It’s a bit harder [here], sometimes,” she says. “You go, ‘I don’t know if this is a good fit, but this is the best I’ve got — it’s all I’ve got.’” 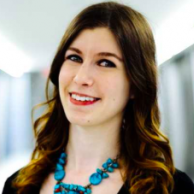 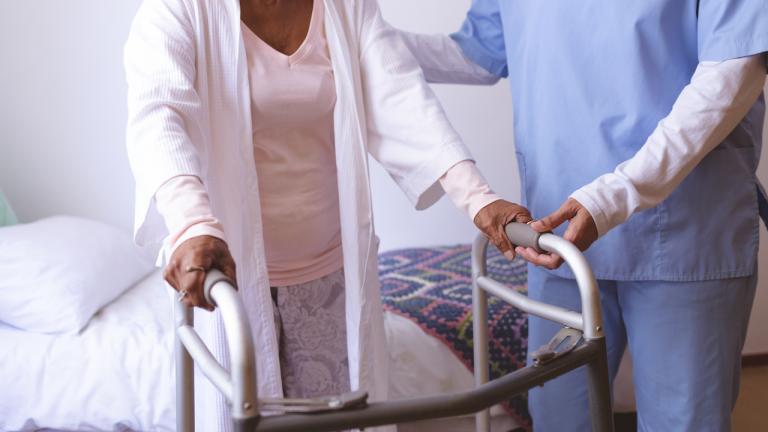 Coronavirus
What Ontario knew, Part 1: The 2019 report on violence in long-term care
TVO.org speaks with Michael Hurley, president of the Ontario Council of Hospital Unions, about a 2019 report that outlined the violence LTC staff face — and about what needs to be done to keep them safe.
Matt Gurney

Coronavirus
COVID-19: What you need to know for June 3
TVO.org staff
Coronavirus
Racism and Protest in a Pandemic