Why drugs are so expensive in Canada

We pay more for drugs and have high out-of-pocket costs, writes Raisa B. Deber in "Treating Health Care: How the Canadian System Works and How It Could Work Better"
By TVO Current Affairs - Published on Feb 14, 2018
Canada pays more for drugs than many other countries do. (iStock.com/PeopleImages)

A key health policy issue is and remains how best to ensure that people have access to the treatments and products they need at a price they can afford. In turn, this means that some mechanism will have to be established to determine both what is needed (which would include for whom and under what circumstances) and what will or will not be paid for. One trend that has galvanized this is the recognition that, as care moves outside hospitals, the costs can accordingly be shifted from public to private payment. Although many of the studies that have looked at health care in Canada have suggested that medically necessary care should be covered regardless of where (or by whom) it is delivered, action has been slow.

Several services falling outside the insured services definition have received particular attention. One reform, frequently referred to as pharmacare, would improve coverage for necessary pharmaceuticals delivered outside hospitals. Policy analysts note that Canada is the only country with universal health care coverage that does not include medically necessary outpatient pharmaceuticals. This policy problem can in turn be broken down into several distinct but related issues. 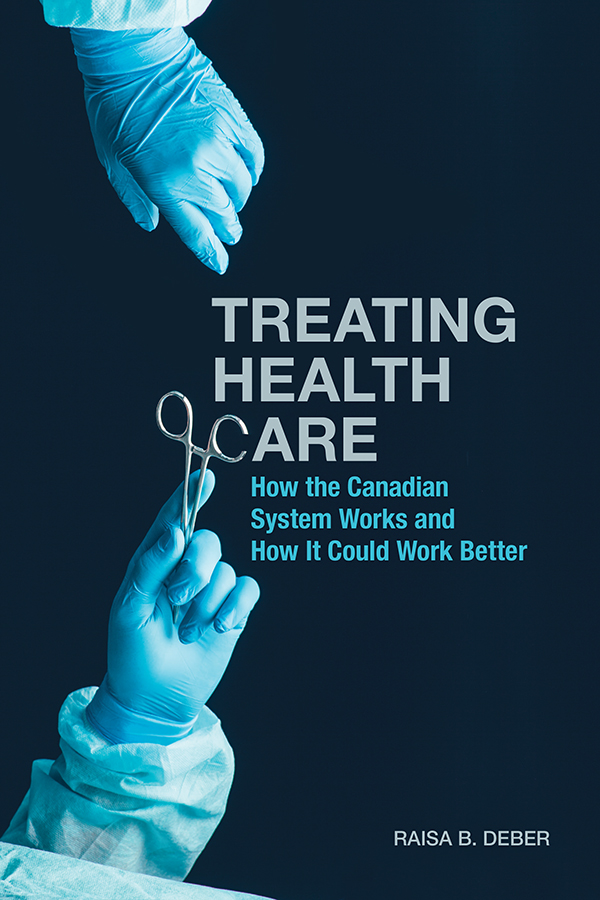 One issue is pricing: some pharmaceuticals are extremely expensive, and they are becoming more so. This raises issues related to what is worth buying and at what cost. Because drugs involve intellectual property, they can be patented, which means that no one can compete with that product until the patent expires (in Canada, this is 20 years). When it does, competitors can produce generic versions of the product and sell them for less, should they judge that the market is sufficient to allow them to make a profit at that price. However, should the market not be large enough, or the product be seen as sufficiently necessary, producers can also increase the price they charge to far beyond what it costs them to make it.

One example that attracted considerable publicity in 2016 was the high increases in the charges for EpiPens in the United States. The product, which is used to combat life-threatening allergic reactions and has a shelf life of only one year, is no longer under patent, but pharmaceutical company Mylan (which was the only company producing that product in the United States) hiked the price for a pack of two injectors from $83 to $600. In Canada, the product was distributed by a different company, Pfizer, and being sold for about $100, whereas in England it sold for about $69. Mylan’s reaction to the resulting outrage was that it was running a business, and hence should be able to maximize their profit, although they did subsequently agree to produce a generic version at only triple the former price.

Who is in charge of deciding drug policy is complex. In Canada, approving drugs as being sufficiently safe and effective to be allowed on the market is deemed to be a federal responsibility. However, paying for them is left to provincial and territorial insurance plans and to private payers. In addition in 1987, Canada’s federal government established the Patented Medicine Prices Review Board (PMPRB), a national agency that has a limited ability to control the prices that are charged for drugs. This independent body, albeit nominally under the jurisdiction of the federal minister of health, can review the prices that pharmaceutical companies are allowed to charge for their patented products. The PMPRB also has the power to hold public hearings and order the prices to be reduced should it find the prices to be excessive, although this power is limited to the price charged by the pharmaceutical company; wholesalers or pharmacies are not bound by these rules. Neither does it have any control over non-patented drugs, including generic products.

The PMPRB also reports on pharmaceutical trends to assist policymakers. The formula used by the PMPRB to set the price, however, requires that it be set as the “median” of the prices being charged to Canada’s “comparator countries” of France, Germany, Italy, Sweden, Switzerland, the United Kingdom, and the United States. In general, this means that Canada pays higher prices than many other OECD countries, since it cannot set a price at the low end of the scale. Because so many countries decided to regulate their drug prices based on what others were paying, the pharmaceutical companies developed an ingenious strategy. They publish artificially high prices that are used by the regulatory bodies, and then offer secret deals to those with better negotiating power. Because these reduced prices are secret, they do not affect what price others must pay. Some international trade agreements also provide greater market power to the manufacturers, further reducing the ability for payers to save money on purchasing these products.

A related issue arises from the fact that those purchasing the products have less market power than would be the case if they were representing larger populations; even for the publicly paid for drugs (including those dispensed in hospitals and those that provincial governments have decided to cover), the individual provinces have relatively small populations and hence have far less bargaining power than bigger countries. In addition, the trend towards personalized medicine, which means smaller potential markets for each product, allows companies to charge even higher prices for each of them.

One interesting development was the Pan-Canadian Pharmaceutical Alliance, a voluntary collaboration set up in 2010 by the provincial and territorial governments, which allows them to work together for greater bargaining power and to negotiate lower prices. In 2015 the new federal Liberal government agreed to join this alliance. The impact, to date, has been modest; a government press release indicated that the Alliance had “completed more than 89 negotiations on brand name drugs and achieved price reductions on 14 generic drugs,” for a savings estimated at “more than $490 million annually.” To place that amount into perspective, CIHI estimated total spending on outpatient prescription drugs in 2015 was about $29.2 billion, of which about $12.6 billion was being paid through public plans. (Of the remaining $16.6 billion, about 60 per cent was paid by private insurance, and the remaining 40 per cent by individuals out of pocket.) Indeed, the private insurers have recently suggested that they should also be part of the bargaining arrangements so that they too could share in any price reductions.

One key resource is health technology assessment, which may give some sense of value for money. Another potentially important resource is the Choosing Wisely Canada initiative, which is trying to work with doctors and patients to clarify some of the areas of overuse. Similarly, there have been efforts to ensure that EHRs help alert physicians and pharmacists to potential areas of drug interactions and other areas where prescribing might be improved.

In Canada, the federal government has responsibility for regulating drugs but not in deciding which ones will be paid for other than for the sub-populations who have at least some federal coverage (including First Nations, the military, veterans, prisoners, and federal employees). This puts pressure on provincial budgets, as people push for having coverage for all approved drugs. One consequence, as already noted, is that Canada pays more for drugs than many other countries do, leaves people with high out-of-pocket costs, and has too many people not filling prescriptions because they cannot afford them, often leading to the lose-lose situation of worse health outcomes at higher cost (e.g., people having strokes because they cannot afford medications to control blood pressure). Negotiations for a new Health Accord have suggested that the federal government might add money for pharmacare to its transfers, although this was not part of the federal offer made in 2016. Should this become part of a subsequent agreement, there is a strong possibility of a win-win, particularly given research suggesting that a universal public drug plan could reduce the total costs of purchasing prescription drugs by billions of dollars per year, as long as careful attention is paid to pricing and appropriateness.

Excerpted with permission of University of Toronto Press.

Election Canada 2021
ON the campaign trail: The week that was (September 13-17)
Daniel Kitts