Why don’t we know how many home-care workers have COVID-19?

Some workers employed part-time by agencies have also been working in long-term-care and retirement homes — but no one’s tracking whether they’re spreading the coronavirus
By Mary Baxter - Published on Jul 15, 2020
Public Health Ontario is not collecting information on home-care clients who have tested positive or died from the virus. (iStock.com/Dean Mitchell)

LONDON — Joyce Balaz, a professional caregiver, juggles home-care services for herself and her employer, who lives with her family in London. Her own needs are straightforward — twice-daily wound care for an ulcer that hasn’t healed. Her employer’s situation is more acute: he is deaf, blind, non-verbal, and at risk of life-threatening seizures. “He is vulnerable in terms of catching things,” she says.

Even at the best of times, keeping on top of home care is a challenge, given the sector’s chronic staffing shortages and constant rotation of workers, she says. Then COVID-19 arrived.

A few weeks into the shutdown, Balaz’s regular nurse called and told her he couldn’t come for a while. He’d been exposed to the virus and had to go into a 14-day quarantine. She knew from previous conversations that he also worked in group care. She called her care provider: “I said, ‘So what about this person?’ — because they've seen the wound — and no, they were on isolation. I said, ‘Well, what about this [other] person?’ — no, they were on isolation.”

“I was worried when they told me so many of the nurses who had seen my wound had been in isolation,” she says. But, when she asked whether these nurses had come down with the virus, she says, the care provider “wouldn’t tell us that.”

Media reports suggest that two personal-support workers connected with the sector have died from the virus, but there has been no public reporting on either the virus’s prevalence among home-care workers or among the people they serve. Public Health Ontario cannot distinguish home-care workers “from other health care workers from the data they collect,” a health-ministry spokesperson says by email, adding that the division is not collecting information on home-care clients who have tested positive or died from the virus.

Dianne Wintermute, a lawyer with ARCH Disability Law Centre in Toronto, says privacy protections would make tracking the virus’s progress through home-care systems difficult. “It’s hard to track unless people want to volunteer that information,” she says. Statistics Canada recently launched a survey to look at the impact of the virus on the country’s disability communities. It’s “going to be the first opportunity for people to have some input into how COVID-19 impacted them,” she says. The survey will be published this month.

Tali Zrehen, director of the home and community-care sector of SEIU Healthcare Local 1 Canada, says that in early June, according to the union’s best estimate, 756 members had taken time off because of the virus, and roughly a fifth had taken time to look after children or elderly relatives. She says ParaMed, a branch of Extendicare — a Markham-based company that runs 122 LTC facilities across North America — has “been probably the worst employer, outside of the large care facilities within health care” in providing statistical information about staff and clients. “They refused to connect with us about the amount of COVID-positive patients that they have within clients, if they track them.”

Extendicare’s communications department says via email that, of ParaMed’s 10,000 employees, 38 have tested positive and that there have been no fatalities. People who tested positive “immediately began to quarantine,” the statement says. “Our staff are permitted to work either in long-term care or home care, but not both. Those staff who have entered long-term care receive a paid 14-day period before returning to work in home care.”

Since June, as the number of COVID-19 cases in the province has declined, fewer union members have been going into quarantine or coming down with the virus, Zrehen says, adding, though, that “there are still cases of members entering homes where they were not told that the client was COVID-19 positive — and, in some cases, the companies didn’t know.” Better access to personal protective equipment for home-care workers has helped, she says, citing one case in which a worker learned only after a client died that the client had tested positive (the worker had worn full PPE).

Another complicating factor for tracking cases in home and community-care workers is that, throughout the COVID-19 crisis, some home-care workers employed part-time by agencies have also been working in long-term-care and retirement homes — despite a provincial directive, issued in April, that requires front-line workers to choose one employer to prevent part-time workers from spreading the virus to other facilities. Neither that directive nor others from Public Health Ontario cover other forms of group or congregate living in the home and community-care sector.

“These providers may only be spending an hour or two in any care setting,” the ministry spokesperson writes. “As a result, limiting their work location to one setting means that many clients would go without publicly funded care and many home and community care providers would be limited in their working hours.” Public Health has issued a guidance document for home- and community-care service providers.

Simone Atungo, CEO of Vibrant Healthcare Alliance in Toronto, a multi-service community-health centre, is concerned by the decision to apply different rules to front-line health-care workers depending on their settings. “There’s been a real lack of consistency across the board,” she says. “The system lost a line of sight on home and community-care and congregate environments.”

Laura Visser, CEO of PACE Independent Living in Toronto, says, though, that, if the directive had covered her organization’s workers, it would have created chaos. PACE provides home-care services to about 200 people in the city and to nine supportive-housing facilities in Toronto. Even the current order has negatively affected the non-profit organization, she says: “A good portion of our staff work in other locations.”

Atungo highlights the fact that it’s not clear how many within the home- and community-care system have been affected by the virus. “We have been advocating for testing and surveillance for our employees,” she says. The organization — which belongs to the Alliance for Healthier Communities, an organization that represents community primary care — has asked the provincial government for wide-scale testing and tracking of the virus in vulnerable communities.

For Atungo, it’s critical to develop a one-size-fits-all policy for all front-line workers in order to protect vulnerable clients and workers. “These are important mechanisms to put in place if we’re trying to be proactive,” she says, adding, “We know that it's anticipated that, in the fall, we're going to experience an amplified COVID situation — so why not put these measures in place ahead of that? As my mother would say, adopt a common-sense approach.”

Balaz says the stress of not knowing whether the people treating her had come down with the virus has taken its toll. “I'm counting down my fingers, when were they last here,” she says. “It’s been a little bit challenging.”

Coronavirus
COVID-19: What you need to know for April 16
The latest coronavirus updates from across the province.
TVO.org staff 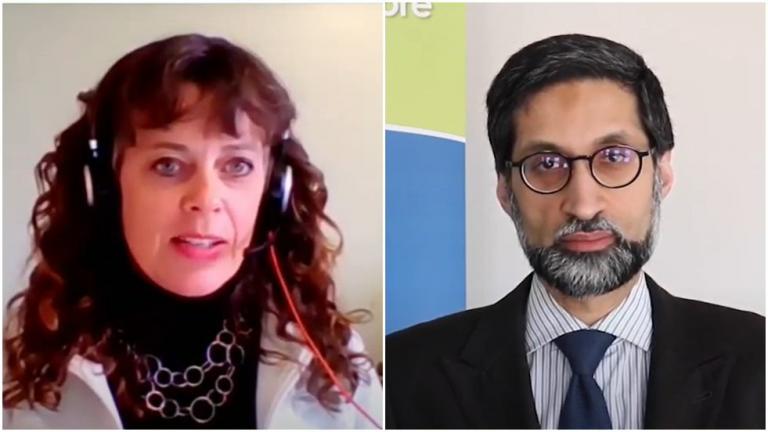 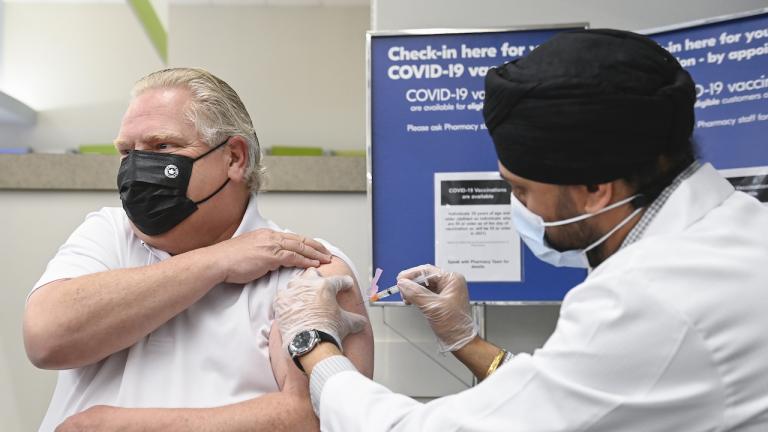