Why are men who have sex with men still banned from donating blood?

For decades, gay men across Canada have been living with the sense that they have tainted blood running through their veins: that’s because, since 1983, one year after Canada’s first reported AIDS diagnosis, Health Canada has banned blood donations from men who have sex with men. In May, Health Canada announced that, at the request of Canadian Blood Services and Héma-Québec, the ban would be reduced from one year to three months, effective June 3 — but advocates say that the move doesn’t go far enough and that what is needed is a complete reversal.

Between 1980 and 1985, at least 2,000 Canadians contracted AIDS through blood transfusions. The public investigation that followed, which ran for four years and released its final report in 1997, resulted in various criminal charges and in the near bankruptcy of the Canadian Red Cross. The public reacted with paranoia and fear (an Alberta Report article from October 1997 bemoaned the “high price of gay sensitivity” that had supposedly allowed the scandal to occur); the stigma that the scandal produced continues to colour attitudes toward the blood-donation system and, more important, toward gay men.

Canadian Blood Services’ initial rationale for the donation-deferral policy came from the fact that men who had sex with men (MSM) experienced higher rates of HIV. That reasoning, though, has failed to convince for well over a decade: HIV testing is now virtually 100 per cent accurate, and the demographics of HIV-positive individuals have changed (in 2011, for example, MSM accounted for 48.6 per cent of positive reports). There hasn’t been a single case of HIV infection from blood transfusion in more than 25 years, and we regularly hear about ongoing blood shortages. CBS has updated the policy: it was changed in 2011 so that men who had abstained from sex for 10 years could donate; in 2013, that became five years; and, in 2016, after the Liberal government had promised to remove the ban entirely, it was reduced to one year. As of last week, it’s down to three months.

Randy Boissonnault, Liberal MP and special adviser to the prime minister on LGBTQ issues, called the three-month change a “big win” for the community. But advocates such as Jeremy Dias, founder of the Canadian Centre for Gender and Sexual Diversity, headquartered in Ottawa, argue that the ban must go. “At this point, we’re just wasting taxpayer dollars and people’s time,” he says. “In spite of the evidence, we are reducing our blood supply and creating artificial barriers that continue to create stigma against the LGBTQ+ community.”

The evidence he’s pointing to relates to something called a behaviour-based system. Used in such countries as Italy and Spain, it involves asking donors questions about sexual behaviour rather than orientation and then issuing deferrals to potential donors with high-risk behaviours. A 2013 study of the Italian model, which was introduced in 2001, found no increase in “the proportion of men who have sex with men compared to heterosexuals … among HIV antibody-positive blood donors.” In 2016, the Canadian Medical Association issued a policy statement urging Health Canada to “adjust eligibility for blood donors so that these criteria are behaviour-based and do not consider sexual orientation.”

“The data doesn’t support a policy that only excludes men who have sex with men and includes very sexually active heterosexual people with multiple partners,” says Trevor Hart, the holder of a research chair in gay and bisexual men’s health from the Ontario HIV Treatment Network and the director of the HIV Prevention Lab at Ryerson University. “It’s part of a pervasive sense that society deems LGBTQ+ people to be dirty, unhealthy, and unsafe.” The behaviour-based models, he notes, have not been linked to blood-system issues in countries that have adopted them.

The CCGSD has long advocated for the model, and Dias says that it’s obvious, at this point, that the deferral period will eventually be lifted — so why not eliminate it now? “The big irony here,” he said, referring to the legal, political, and social effort being poured into the blood dispute, “is the colossal waste of resources in negotiating this issue. Some people are ready for it, and others aren’t — but we can’t cater to their discrimination.”

A spokesperson for CBS said via email that it is difficult to use Italy and Spain as examples, as those countries have blood systems different from Canada’s. “Because the patterns, causes and effects of HIV differ by country, there is no international scientific consensus on optimal eligibility criteria for men who have sex with men,” she said. “In [Italy and Spain], physicians interview individual donors and may be able to perform individual health assessments. It should be noted, however, that the rate of donors with HIV-positive test results in those countries is more than 10 times higher than in Canada.”

The latter claim, which suggests that the deferral policy is far safer, is misleading, Hart says: while the rate is higher, it’s not 10 times higher. Moreover, he adds, it’s not about whether there are HIV-positive donors, but about whether they can be reliably screened out: “If there are HIV-positive donors, but the blood supply is safe in Spain and Italy, the question is, can Canada also ensure a safe blood supply like [they do]?” As of 2017, Italy had seen no HIV or hepatitis blood transfusions for 10 years, according to the country’s National Blood Centre.

The spokesperson also said that, while CBS wishes to limit restrictive policies, that goal “must be balanced with ensuring the safety of the blood supply … Additional research is necessary to generate the evidence required for low-risk groups to be identified and included as eligible donors, without introducing risk to patients.” The agency is also, she added, exploring alternative methods, including a behaviour-based model.

But Hart questions how the government is arriving at its policy rationales. He says that, in 2017, his team at Ryerson received a grant, partially funded by CBS, to test a group of 2,200 gay and bisexual men for HIV and survey their attitudes about blood donation, among other issues. Hart says the government told him that the data would be used to inform any policy changes, but it introduced the three-month deferral period before final results could be delivered (they’re expected next year). “I was quite a bit surprised that they changed the policy without consulting with the research community and without actually having most of the data that they needed,” he says.

CBS disputes this version of events. “In January 2017, we hosted a kick-off meeting for the MSM Research Grant Program with all researchers involved,” the spokesperson wrote. “At that meeting, we communicated that Canadian Blood Services would continue to make evidence-based incremental change to the eligibility criteria for [MSM] while the various research projects were underway. Specifically, we shared our plans to gather evidence and consult with stakeholders over the next two years to determine our next submission to Health Canada, and that we expected our next submission would include a shorter time-based deferral from the one-year blood donation waiting period for [MSM].”

If CBS and Health Canada aren’t prepared to remove the deferral polity entirely, it’s possible the legal system will do that for them. In 2016, Christopher Karas, of Mississauga, filed a complaint against CBS and Health Canada with the Canadian Human Rights Commission, alleging that the deferral policy was discriminatory. “I think our legal challenge is a big part of why [Health Canada] made this three-month decision,” Karas says. “There’s more pressure on them than ever before.”

The case has now entered the conciliation stage, and a settlement is possible in the next few months. If no agreement is reached, the case will return to the commission, which will decide whether to dismiss the complaint or to send it to the Human Rights Tribunal. Karas is hoping for the latter: while the commission can issue recommendations to the government, the tribunal has the power to determine whether the policy is legally discriminatory (most recently, in 2010, the Superior Court of Justice upheld the full ban, and the policy has stayed out of the justice system since). If it determines that it is, Health Canada and CBS would be legally obliged to put an end to it.

It was one experience in particular that put Dias on the path of activism. When CBS came to his high school in 2002, he says, “I was still in the closet. I said I was gay, and the nurse said I wasn’t eligible to donate. All my friends were getting their blood drawn, and I had to walk out, and she told me to make something up to explain it to them.” he said. His classmates, he says, assumed that he had been rejected because he was gay: “That was one of the most severe moments of my life, and I did experience significant violence as a result. If that hadn’t happened, I wouldn’t have been outed.”

Dias stresses that blood donation is not the top priority in activist circles right now — since forming government last year, Doug Ford’s Progressive Conservatives have made moves that have angered LGBTQ and other marginalized groups, so activists have other fights on their hands: the sex-education curriculum, for example. The blood-donation issue, he argues, is using up effort that is badly needed elsewhere. “And the real victims,” he says, “are the people that need blood in our country, and they aren’t getting it.” 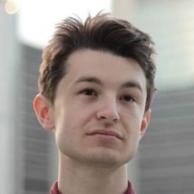 Jake Pitre is a freelance journalist whose work has appeared in the Globe and Mail, Pitchfork, and Xtra.