Why an immersive Ojibwe language program is taking students bowling

SUDBURY — The Ojibwe phrase shkintam gijitoong kina gwiganaandaming literally translates as “when you knock them down when you first try.”

But when you’re bowling, it simply means “strike.”

On a recent Wednesday afternoon at the Alley Katz in Lively, a community in Greater Sudbury, Sarah MacLeod-Beaver and nine other students are bowling in Ojibwe as part of an intensive two-week immersion course in Anishinaabemowin, also known as Ojibwe.

“Where I came from there was no [Ojibwe] language spoken fluently,” says MacLeod-Beaver, 33. Like many people her age, she rarely heard Ojibwe when she was growing up. At Alderville First Nation, near Cobourg, she says people “only spoke it way back in the day.”

MacLeod-Beaver says all of this through a translator: speaking English is against the rules of the Eshki-nishnaabemjig program.

Eshki-nishnaabemjig, a language camp funded by the Ministry of Education and the Ontario Arts Council, is now in its third summer in northeastern Ontario. Run by an independent collective, it addresses a crucial gap in language-learning opportunities by providing a place where adults with some Ojibwe knowledge can polish their skills. Mskwaankwad Rice, a facilitator with Eshki-nishnaabemjig, says beginner programs in the Ojibwe language are common, but intermediate courses for adults are not.

With some 28,000 speakers in Canada, Ojibwe is among the least endangered Indigenous languages, but it nevertheless also faces problems related to the transfer of linguistic knowledge to the next generation.

Many children growing up at First Nations today have access to language programs at school, but keeping the language alive at home can be difficult. As Corbiere notes, many of the remaining fluent Indigenous-language speakers are now too old to teach anyone. And in many communities, younger adults were reared mostly in English or French, having grown up when residential schools — and the education system at large — were actively silencing Indigenous tongues.

Eshki-nishnaabemjig offers a rare opportunity for those adults to catch up on the education they were denied. “Our languages rest on the efforts of dedicated learners,” Corbiere says.

Its immersion experience takes learners beyond the basics, bringing Ojibwe into normal everyday activities — grocery shopping, for example, or bowling. Rice says that speaking can be more effective than studying when it comes to language acquisition. And English is forbidden on the course because, Rice says, “the only way you're ever going to speak the languages is if you're forced to do it.”

MacLeod-Beaver tried for several years to learn Ojibwe — first in elementary school, then in high shool, and later at university — but she hit a plateau. Now, thanks to the program, which she also participated in last summer, she has improved her grasp of the language and plans to converse in Ojibwe more regularly at home with her husband and two children.

Indigenous leaders have long called on the federal government to step in to prevent the language crisis from worsening. In the 2017 budget, the Liberal government earmarked $90 million over the next three years for language-preservation activities, including camps, classes, learning materials, and archives. This summer, the Ministry of Canadian Heritage has held meetings with Inuit, Métis, and First Nations leaders to collaborate on new language-protection legislation, which the government expects to introduce in the fall.

Duke Peltier, the chief of Wiikwemkoong Unceded Territory, took part in consultation meetings in Toronto. He hopes the federal government will create effective institutional supports and says that Indigenous leaders are pushing to ensure that the federal government’s efforts to save their languages at least equal the efforts that went into eradicating them. Proponents of Indigenous languages have also pushed for them to be designated as official languages at the federal level, on par with English and French.

In the meantime, communities are spearheading their own initiatives. Wiikwemkoong, located on Manitoulin Island, has teamed up with a Toronto firm to use digital technology to bridge the generation gap in Indigenous-language knowledge. Working with a company called Synergic Solutions, the First Nation has created an Ojibwe-learning app called Challenge4Change, which uses quizzes, word games, and media to teach the language.

“It's self-guided so that people can use it at their own leisure,” he says. And it functions, in effect, as a substitute for an elder who could check on the learner’s progress. “It is like having an auntie, uncle, or grandparent available to [people] whenever they feel they want to learn the language.” 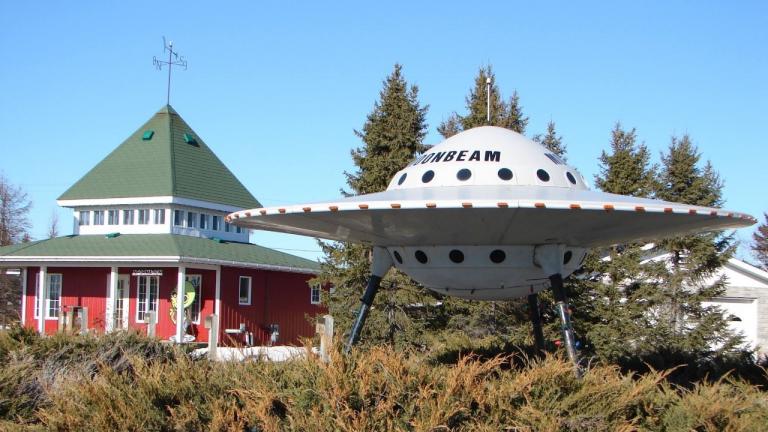