Why 1971 was a big, boozy year for young Ontarians

Fifty years ago, the province introduced new legislation that lowered the age of majority, letting 18-year-olds drink. But that change wouldn’t last the decade
By Jamie Bradburn - Published on Jul 28, 2021
Photo from the September 16, 1971, edition of the Toronto Daily Star showing high-school students drinking at the Red Lion Inn, near Jarvis Collegiate. (ProQuest)

Lunchtime, downtown Toronto, early September 1971. With a new school year underway, senior students at Jarvis Collegiate had a new midday option: enjoying a legal drink at the Red Lion Inn pub. “I think this drinking at 18 is a pretty good thing,” Grade 13 student Dan Guay told the Toronto Star. “Kids our age can handle themselves. There are many people of 21 and more who aren’t mature enough to drink.”

Guay’s principal, E.A. McCann, agreed. “We’ve had no problems, not even of the slightest sort,” he told the Star. “We’ve got a pretty level-headed bunch of students. And I suspect that many of them living downtown as they do, are accustomed to it anyway — perhaps having a beer at home.”

McCann’s students were now able to enjoy a liquid lunch thanks to provincial legislation, enacted July 28, 1971, that reduced the drinking age from 21 to 18. It was part of a wave of new laws across North America that reflected the belief that 18- to-20-year-olds could handle the legal responsibilities of adulthood, such as drinking and voting.

While Ontario was slightly behind other provinces in lowering the age of majority, the matter had been discussed for several years via provincial commissions and committees and was supported by most candidates during the Progressive Conservative leadership race in February 1971. The change followed a series of liquor-law reforms: as of June 1971, Ontarians could drink in a lounge without buying a meal (except on Sundays), drink in the public portions of apartment and seniors complexes, and buy 40-ounce bottles of booze.

Age-of-majority legislation was introduced on July 12 during a lengthy summer session that saw Premier William Davis’s government pass a huge number of laws in advance of an expected fall election. In one 10-day stretch, 50 new bills were presented to the legislature. Within the PC caucus, some backbenchers feared that lowering the voting age would harm them by alienating older Ontarians and creating a new pool of 412,000 voters that they suspected would support the NDP. Others were fine with lowering the voting age, but, given the province’s eternal puritanism, less comfortable dropping the drinking age. At a meeting of the party caucus and supporters held at Talisman Resort, near Kimberley, on July 10, Davis reassured them that they had nothing to fear.

While the legislation also gave 18- to-20-year-olds the ability to sit on juries, sign legal contracts and documents, and hold elected office, most people zeroed in on the new drinking and voting rights. “I do not believe there has ever been a generation which has been as committed to progressive change, so involved in public issues, and so active in the expression of argument and opinion on them,” Davis told the legislature.

Realizing how contentious lowering the drinking age might be, Davis noted that, if 18-year-olds were granted wider political rights, including holding office, it would be wrong to deny them other responsibilities and privileges. “I do not believe we can deal with matters of this kind by half measures,” Davis said. “We cannot bestow upon them our trust and at the same time prejudice it with suspicion.”

Based on his experience as education minister, he trusted youth to treat their new rights with respect and a strong sense of responsibility. While the opposition supported the legislation, which passed the next day, there were cries of “Nonsense!” whenever they felt Davis went overboard reassuring backbenchers who still had reservations.

Although the revised Age of Majority Act was scheduled to be implemented on September 1, police forces suggested that the new drinking age should be introduced sooner to avoid punishing people who were already between 18 and 20 years old. Attorney-General Allan Lawrence agreed, and, as he suspected many were already sneaking in, he predicted newly legal drinkers wouldn’t stampede into bars. With the support of all parties, an amendment was made to introduce the new drinking age as soon as the law received assent. That came at noon on July 28, following a marathon legislative session that saw 22 bills pushed through over 17 and a half hours.

Bar owners hoped the new rules would be good for business. In Lasalle, Sunnyside Tavern owner Herman Dossenbach told the Windsor Star that, with his son about to turn 18, “it’s much better for him to be drinking in organized circumstances” than to run the risk of getting involved in a drunk-driving accident. He also felt it opened opportunities for younger bar staff. John Kowalyshyn, the president of a hotel association in Sarnia, felt that “the kids today are not like the kids 20 years ago. They are much wiser and respect authority.” Generally, bar owners were happy with the behaviour of their new patrons, finding them better mannered than older customers, even if they didn’t tip as much.

On day one, newly legal drinkers at a bar in Hespeler (now part of Cambridge) gave a standing ovation to a police officer who wandered into a bar. (“They were having a good time,” he laughed.) In Toronto, some 21-year-olds griped that the new drinkers had ruined their favourite spots. “There’s an awful gap between 18 and 21,” a female patron of Grossman’s Tavern told the Toronto Star. “We just aren’t interested in the same things.”

In some places, the lack of official notification from the LCBO delayed the first legal drinks. Several bars in Amherstburg waited until that evening to serve, while one waited until the following afternoon. The Windsor Star reported that “one girl found it hard to understand why she was able to purchase a case of beer at the local Brewer’s Retail store but could not be served at the taverns.”

There were also commercial cash-ins. A Rexdale-based company, Wellings Mint, produced a commemorative medallion. One side featured the proclamation of the age-of-majority law, along with space to engrave the recipient’s name and birthday, while the other depicted a trillium. Envisioned as a gift that could mark such events as graduation and Christmas, it was available in versions ranging from a $10 sterling-silver model to a $150 22-karat-gold edition.

When the remaining revised age-of-majority laws came into effect in September, local education officials were concerned about allowing high-school students to form partisan political clubs, an activity that had long been frowned upon. In Ottawa, some trustees held that non-partisan political clubs allowed all students to express their views; some principals had shut down requests to form NDP clubs. A few months earlier, a Carleton Board of Education committee had observed that politically aware students were frustrated that they couldn’t organize along party lines.

The Carleton board voted to allow political clubs in early September, though a few trustees still feared the formation of groups that might support organizations perceived as subversive, such as various Communist parties or the Front de libération du Québec. The Ottawa Journal supported the move, noting that “if young people can be entrusted to vote they should know what and whom they are voting for. With the new age of majority, what is divisive is the lack of understanding.”

When the provincial election was held on October 21, roughly 80 per cent of all newly eligible voters, including youth, went to the polls. They didn’t, in fact, change the Tories’ fortunes: the PCs gained nine seats and 2 per cent of the popular vote, while the NDP, which experienced similar growth in popularity, lost a seat.

By election time, Toronto bar owners had reported up to a 15 per cent increase in sales and positive impressions of the behaviour of young customers. Those who benefited most were the ones who’d already catered to a younger demographic, running establishments where customers nursed cheap jugs of beer while bands played in the background. The change also reportedly fuelled a rise in pick-up bars. In Windsor, police noticed a rise in crime — mainly drug offences — related to drinkers still legally underage in Detroit, though the gap closed when Michigan lowered its drinking age to 18 in January 1972.

As the decade wore on, doubts grew about the wisdom of letting 18-year-olds drink. There were perceptions that underage drinking among 16- and 17-year-olds had increased, and statistics demonstrated that drunk-driving charges had skyrocketed among youth. After a pair of private-member’s bills died, the province introduced legislation in May 1978 that raised the drinking age to 19 as part of a series of liquor reforms that included harsher drunk-driving penalties (and allowed anyone flying in a plane in Ontario airspace to drink before noon).

Consumer and Corporate Relations Minister Larry Grossman said that raising the drinking age was “a realistic and practical way of dealing with alcohol abuse in high schools.” Anyone who turned 18 prior to January 1, 1979, would still be allowed to drink legally. Ontario wasn’t the only regional jurisdiction to reconsider the drinking age; at the same time, Michigan reverted to 21.

“In all probability,” Windsor Star columnist Sandra Precop observed shortly after the new law took effect, “the changes that we have made in Ontario will not be particularly noticeable except by the people who work in bars who perhaps now feel a renewed obligation to check proof of age more carefully.” 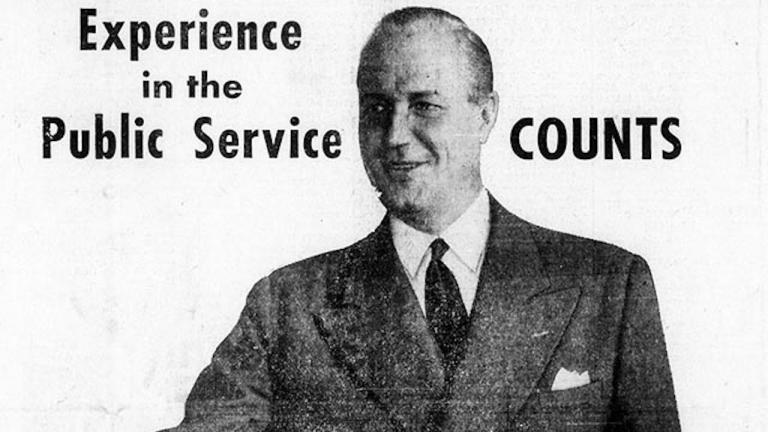 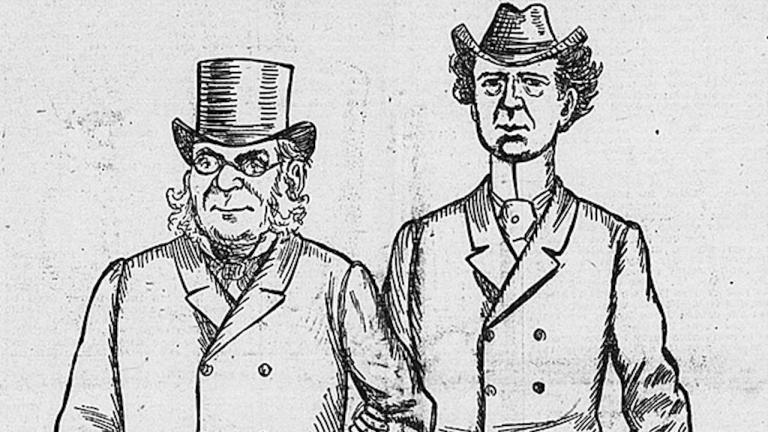