Who should look out for the well-being of Ontario’s animals?

The OSPCA will no longer be enforcing laws against animal cruelty and neglect — which has left animal-welfare advocates across the province wondering who will take up the task
By Mary Baxter - Published on May 22, 2019
Brenda Thompson co-founded the non-profit Whispering Hearts Horse Rescue, which sits on 48 acres of land in Hagersville. (Mary Baxter)

HAGERSVILLE — Brenda Thompson is worried. She’s at Whispering Hearts Horse Rescue, a non-profit that she founded with her husband, Dave, 13 years ago. It sits on 48 acres in Hagersville, about 40 kilometres southwest of Hamilton, and houses 60 horses who suffered abandonment, abuse, and neglect before being rescued. Most of them arrived starving and struggling; some had eye infections, leg injuries, or parasite infestations. One recent rescue had hooves so overgrown it couldn’t walk.

Since 1919, the Ontario Society for the Prevention of Cruelty to Animals has enforced laws against animal cruelty and neglect. OSPCA agents and inspectors have investigated complaints, laid charges or orders, and facilitated the removal and rehabilitation of animals. But in February, the OSPCA announced that it was cutting its entire animal-welfare-enforcement program, effective June 28. The livestock and horses program was slashed in March.

For Thompson, this is trouble. She’s been fielding calls about distressed horses, but her operation is at capacity. “I’m having to make some tough decisions,” she says. “And I’m having to put down probably more horses than I would normally.”

Enforcing animal-wellness standards across a province as vast as Ontario is expensive. In 2017, it cost the OSPCA nearly $14 million to provide animal care and protection. Of that, the province chipped in roughly $5.5 million (the rest came from the OSPCA, which raises most of its funds through donations). Even still, the OSPCA had the resources to cover only one third of Ontario. Police services — both provincial and municipal — would step in where the OSPCA couldn’t. OSPCA lawyer Brian Shiller estimates that enforcement across the entire province would cost the Ontario government close to $100 million annually.

The OSPCA’s withdrawal, though, is not only due to funding. The organization itself argued at the Ontario Superior Court that it didn’t have the authority to enforce animal-cruelty legislation. “It’s unconstitutional for a private charity without checks and balances in place to be administering the law to lay charges,” Shiller says. In a January ruling, the court agreed.

Until new legislation is passed, police will take over enforcement. Brent Ross, a spokesperson for the Ministry of the Solicitor General, tells TVO.org by email that “we will engage with the many Ontarians with an interest in animal protection as we design a better system that works for the people of Ontario.”

The province says a new system will be in place by the end of 2019, but it’s unclear what it will look like. Thompson thinks multiple ministries should be involved, as well as municipalities. The Ministry of Agriculture, Food and Rural Affairs could be responsible for livestock and horses, while the Ministry of Natural Resources could be responsible for wildlife welfare. “It’s so efficient,” she says. “They’re already out there.” Last year, Thompson helped found the advocacy group Animal Welfare Watch, in part to promote the idea.

The OSPCA, meanwhile, is proposing that police departments, both local and provincial, establish animal-welfare units that would operate under the guidance of the Ministry of Agriculture, Food and Rural Affairs. The OSPCA could, for a fee, help with evidence-gathering and animal-handling. This model is similar to one used in New York City.

Police and municipalities, though, are wary of taking on new responsibilities without being provided with additional resources. In March, Bill Dickson, a spokesperson for the OPP, told Global News that animal-welfare enforcement is not a core police duty. The Association of Municipalities of Ontario, meanwhile, says that bylaw-enforcement officers would need their powers expanded to include animal welfare and that they’d need substantial funding. “Police officers and bylaw-enforcement officers do not have the training required to conduct this work,” it warned in an April policy statement.

Last week, the province unveiled legislation that would allow OSPCA affiliates to continue to serve their communities while a new system is developed. (Most of the 28 affiliates have assisted the OSPCA with local policing in the past; however, some communities, such as Chatham, Owen Sound, and Ottawa, do not have affiliated societies.)

Humane Canada, the umbrella organization for humane societies and SPCAs across the country, is watching closely. “What’s happening in Ontario could set a precedent in other provinces,” explains executive director Barbara Cartwright. The organization has convened a committee to make recommendations to the province during the consultation process.

Adrienne McBride, a committee member and the executive director of the Guelph Humane Society, says that she hopes the government will build a system that offers equal protection to every animal and person. “We don’t have to reinvent the wheel,” she says. “We can take spokes of wheels all across Canada and across the world, really … to set a standard that other provinces and countries can look towards.”

London
What new rules mean for Ontarians waiting for social housing
The Tories changed provincial regulations with the aim of getting people into housing faster — but advocates say the new approach could create new issues and exacerbate homelessness.
Mary Baxter
London
The Case for Lobbyist Registries 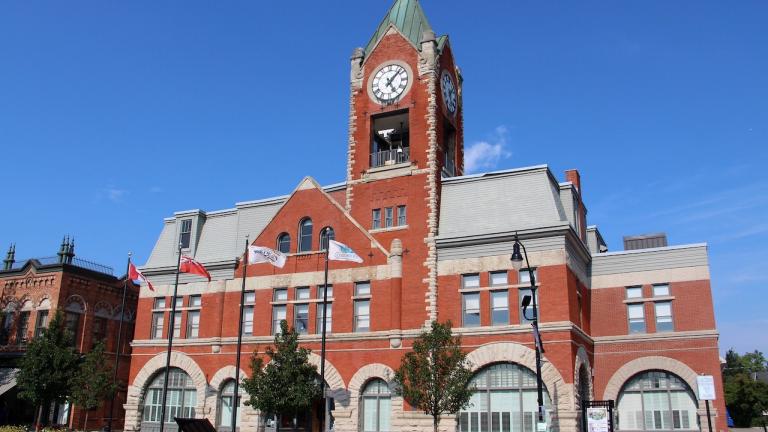 Southwestern
‘A cautionary tale’: What this Ontario town can teach us about lobbyists
Mary Baxter 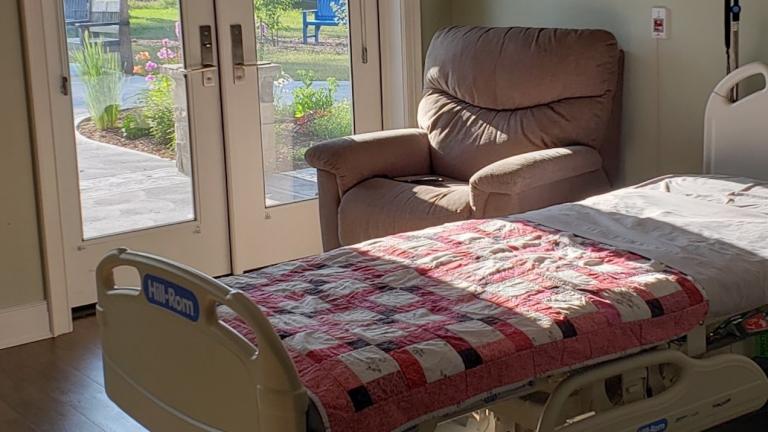