‘Who is being targeted?’: Advocates condemn proposed massage-parlour bylaw

Newmarket has drafted a bylaw mandating credentials for massage practitioners. Critics say it lacks justification — and would put racialized groups and sex workers at risk
By Geena Mortfield - Published on Jun 15, 2021
A massage-parlour worker protests the Newmarket bylaw. (Courtesy of Elene Lam)

Taylor’s comments were part of a discussion about changing the way the town licenses massage parlours as it attempts to crack down on the sale of sexual services. Since 2002, any business in Newmarket that offers massage services by practitioners without provincially regulated registered-massage-therapist credentials has been considered a “body-rub parlour” and subject to an existing body-rub-parlour bylaw. While the current bylaw prohibits sexual activity — and also includes numerous other restrictions, such as mandated distances from churches and daycares and caps on the number of licences issued — council voted unanimously last month to scrap the body-rub-parlour bylaw and to direct staff to draft a new bylaw mandating minimum requirements for training credentials.

Although the town says it aims to thwart illicit sex work, advocates argue that the proposed bylaw unfairly targets racialized groups and sex workers, putting them at risk. “Who is being targeted? It’s not the white people — they are educated, right? They are targeting the Asian women who can’t speak their language and can’t get credentials,” says Elene Lam, executive director of Butterfly, a Toronto-based support organization for Asian and migrant sex workers. “This kind of high credential just excludes people.”

The proposed bylaw, a draft of which will be reviewed at a June 16 council meeting, requires all “personal-wellness establishments” offering massage services to prove that their massage workers have credentials from an accredited program in Canada. Business-licence applications could also be vetted by York Regional Police and, if current establishments can’t meet the new bylaw’s credential requirements, they would be forced to shut down. Taylor says the new bylaw aims to respond to the community’s concerns not just about prostitution but also about human trafficking. “The town is interested in addressing anything from illegal activities related to sexual acts, which may or may not involve human trafficking or the future or potential for human trafficking,” he says.

A spokesperson for the York Regional Police tells TVO.org via email that they are “not aware of any human trafficking incidents connected to massage parlours occurring in Newmarket recently.”

According to Jamison Liang, senior campaigns advisor for Freedom United, an international anti-human-trafficking organization, “Anti-trafficking raids and rescues often end up as anti-prostitution stings … that result in criminalizing female sex workers for prostitution and deporting migrant sex workers when no trafficking victims are found.” He tells TVO.org in an email that he found it “striking” that the Newmarket council “admitted that the police were unaware of human trafficking ever occurring at body-rub parlors yet pushed ahead with this bylaw with the aim of driving sex work out of the town and upholding the community’s values,” adding, “If that’s to be true, why aren’t the women who work at body-rub parlors seen as part of the local community, and why are their voices being dismissed?”

Lam compares Newmarket’s draft bylaw to Ontario’s Bill 251, the Combatting Human Trafficking Act, which received Royal Assent earlier this month and has been criticized for expanding police power and targeting racialized communities and sex workers. “[Bill 251 is the] same as the Newmarket proposal,” she says. “The same agenda is not helping the trafficked victim; the same agenda is ending the sex industry or ending the industry that they don’t want.”

Flynn Scott, manager of regulatory services for Newmarket, acknowledges that the new training requirements will require more enforcement to ensure business compliance and that the new rules may cause some businesses to close. “[Council has] directed that we do want higher standards of training, and with that will come consequences as well,” he says.

Some local business owners are in favour of the move. Katie Gilligan, who owns a holistic-spa business that offers both registered-massage therapist and non-RMT-massage services, says that all her staff have credentials from accredited colleges. “A good plan needs to be put in place, a plan that targets the sex-trade industry,” she told council members at the May meeting. “Estheticians taught by accredited colleges and private schools are not sex-trade workers.” To address concerns related to both the sex trade and massage safety, Gilligan wants all massage businesses to be required to have credentials from an accredited school. “I think when you make [the bylaw] very, very strict on the flipside — to get rid of body-rub parlours — it’s going to show the really great spas out there,” she said.

But not everyone in the massage industry agrees. During last month’s meeting, which featured more than a dozen deputations, a massage-business owner and worker from Newmarket outlined the challenges new regulations would pose. In a letter read aloud by a translator, the worker said that forcing people to obtain credentials ignores the value of other types of knowledge and training. “An emphasis on training qualifications is not fair to make me take courses to satisfy your professional standards when I already have years of experience and the latest certificates,” she said. “Your amendments are creating more barriers, including financial difficulties, for us as massage workers.”

Many Asian and migrant holistic-massage workers already report facing racism and difficulty finding other work: in a survey of Asian holistic practitioners in Toronto conducted by Butterfly, 63 per cent reported issues finding other jobs; 65 per cent of workers worried about inspections and raids by authorities; and nearly 35 per cent reported that they had been abused or harassed by bylaw officers or police. (Following the murder of a massage-parlour worker, Toronto recently amended its own bylaw, removing the stipulation that required workers at body-rub parlours to keep their doors unlocked. The move was seen as a win for sex workers’ rights.)

“The fact of the matter is that the way in which human trafficking is being governed and criminalized currently is really conflating issues of voluntary sex work and human trafficking,” says Katrin Roots, a socio-legal-studies professor at the University of Manitoba. “We’re creating this framework which allows the police and courts to always be suspicious of people in the sex trade as possible trafficked victims.”

At the May 3 meeting, Lisa Zhang, a massage-parlour worker in Toronto, told Newmarket council through a translator, about such challenges. “We have always faced harassment from the police and licensing department,” she said. “They always talk to us with an unfriendly attitude, conflate our profession with human trafficking, check our identification, and further affect our living and working environment.”

With the draft bylaw set to be presented to council Wednesday, Taylor tells TVO.org that he doesn’t think the required credentials are onerous. “My guess is that you’ll see that after this is over and enacted, you’ll see a vibrant alternative wellness industry in our town,” he said. “And I suspect that it will be diverse.” 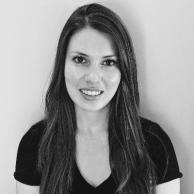 Geena Mortfield is a graduate student at Ryerson University’s School of Journalism. 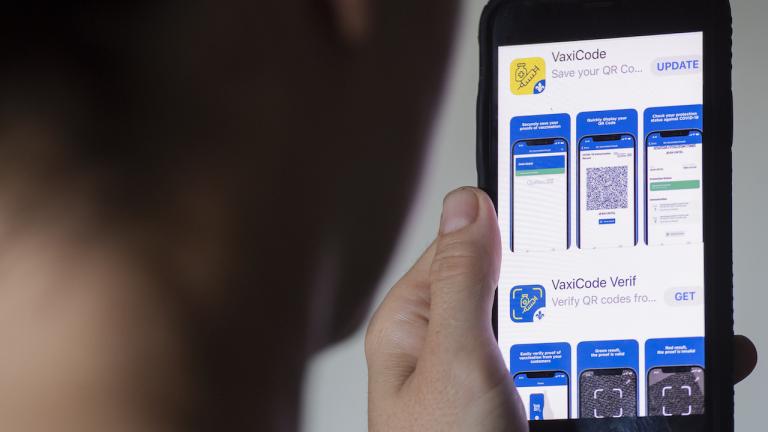