‘Where things feel normal’: Why more Ontarians are hitting the links during COVID-19

At the beginning of the pandemic, many in the industry worried that the year would be a total loss — now they’re saying interest has never been higher
By Adam Stanley - Published on Aug 26, 2020
According to Golf Canada, scores registered in June were up 17 per cent from the same month a year earlier. (iStock/LesPalenik)

On Mondays at Flemingdon Park Golf Club in Toronto, Lindsay Knowlton meets roughly 20 women — many of whom are first-time golfers— to tee off. “I am so impressed and so shocked, even, at how many people want to play, who want to learn, and who want to take up golf this year,” she says.

Knowlton’s company, Iron Lady Golf, offers opportunities for women to take up the sport. The pandemic brought challenges: corporate clients cut back, patrons cancelled trips, and driving ranges closed. So Knowlton pivoted to an increasingly on-course learning experience. It’s been successful. Participation is up 50 per cent over last year, forcing her to open a second night for her golf leagues.

Her clients look forward to it each week, she says. “When things feel hard, and you’re only connecting with people via video call, to know you’ve got that interaction at a safe distance … it has literally been a game-changer for a lot of people this summer.”

There has been increased interest in golf this year — likely because it’s an outdoor game that can be played while physically distanced. According to Golf Canada, scores registered in June were up 17 per cent from the same month a year earlier. In July, there was a 12 per cent increase year-over-year, with more than 1.6 million scores — the highest it’s ever recorded.

“At the outset, we were concerned, like all sports, about the possibility of a complete loss of a year — which would have been devastating to the sport,” says Laurence Applebaum, the CEO of Golf Canada. “In fact, the opposite has occurred.”

“We’re very aware of people who have been affected deeply by COVID-19, medically and financially, so it’s a humbling position,” he adds. “There was no ice in rinks and no water in pools, and our sport naturally lent itself to safe, physically distanced play. We haven’t had to compromise about the sport we love too much.”

Kevin Thistle, the CEO of the PGA of Canada, says this has been an unprecedented year — both for him and for his organization. The slo-pitch league he’s played in for 25 years was shut down, so his team replaced its usual Tuesday-night baseball games with golf.

“The industry as a whole has come together like no other time I can remember,” he says. “The casual golfer or someone who gave up golf for other sports is coming back to golf. We have an opportunity here to show the public that we are not an elitist sport, that we are a sport for everybody.”

At Copetown Woods, a public course about 25 minutes from Hamilton, general manager Barry Forth says, “the phone does not stop ringing.”

The course, which was carved out of the Forth family’s broccoli farm in 2002, is now opening an hour earlier than usual to accommodate demand. “If we had two golf courses, or three even,” Forth says, “we could probably fill them seven days a week.”

To promote physical distancing, the club has increased the wait between tee times from eight minutes to 10. Earlier in the season, only one person was allowed per cart (unless people were from the same household); they’ve since installed barriers so that two people from two different households can ride together. A limited number of patrons are allowed in the pro shop at a time.

Forth says COVID-19 has prompted the whole golf industry to think differently. Despite the uptick in participation, courses have lost large events, such as weddings and corporate tournaments — a major revenue source. So his course has increased its social-media presence and built out more robust off-course activities. For example, he installed hockey boards outside his patio to try to convince guests to stay to watch the NHL playoffs after their round.

“It was nice for me and my staff to have everyone think and react to whatever today brings because it might be totally different tomorrow,” says Forth. “Having our staff truly pay attention to what’s going on every single day has been better for our business.”

Knowlton says that, now that some workers have more control over their work schedule, they’re finding more opportunities to play. “People can manage their days better, and the attendance levels in league play and on-course lessons is astounding,” she says. “This year, the golf course is the place where things feel normal.”

Coronavirus
COVID-19: What you need to know for November 29

Coronavirus
COVID-19: What you need to know for November 26
TVO.org staff 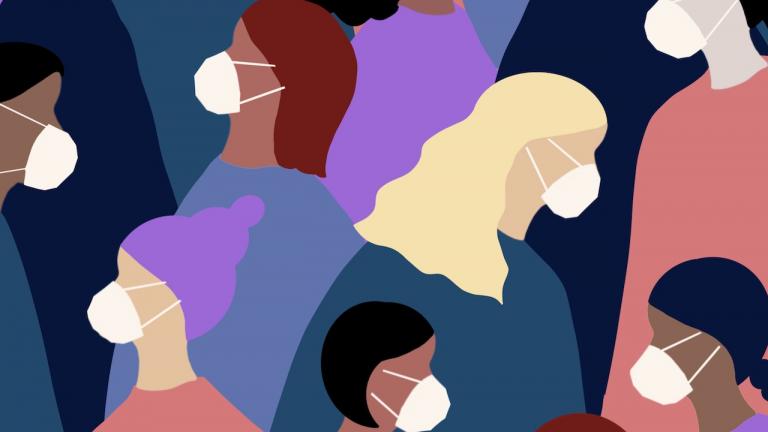 Opinion
As the pandemic winds down, people are getting more and more wound up
Matt Gurney
sfy39587stp16