Where Ontarians can get their piece of the pie

This restaurant in eastern Ontario may not look special, but its pies draw patrons from all over the province and even across the border
By Sarah B. Hood - Published on Jan 29, 2018
Rapid Valley Restaurant has served travellers through eastern Ontario for decades. (John A. Hood)

​Just north of the 401 between Kingston and Brockville lies a tidy-looking but otherwise nondescript restaurant attached to a Stinson gas station. If you happen to ignore it, you’ll miss one of eastern Ontario’s best-loved eateries — one that draws repeat customers from as far afield as Toronto, Nova Scotia, and even the United States for a menu made almost entirely in-house.

“We roast our turkeys and our beef every day, and our prime rib every Saturday,” says Rapid Valley Restaurant staffer Shannon Leslie-Holub. The soups, buns, and pizza dough are made daily; the ground beef is locally sourced and never frozen. There are lineups for homey treats such as butter tarts, chocolate peanut butter squares, s’mores, and “church windows”— colourful chocolate cookies made with mini marshmallows. But perhaps more than anything, people come for the homemade pies: the restaurant sells several thousand per year. 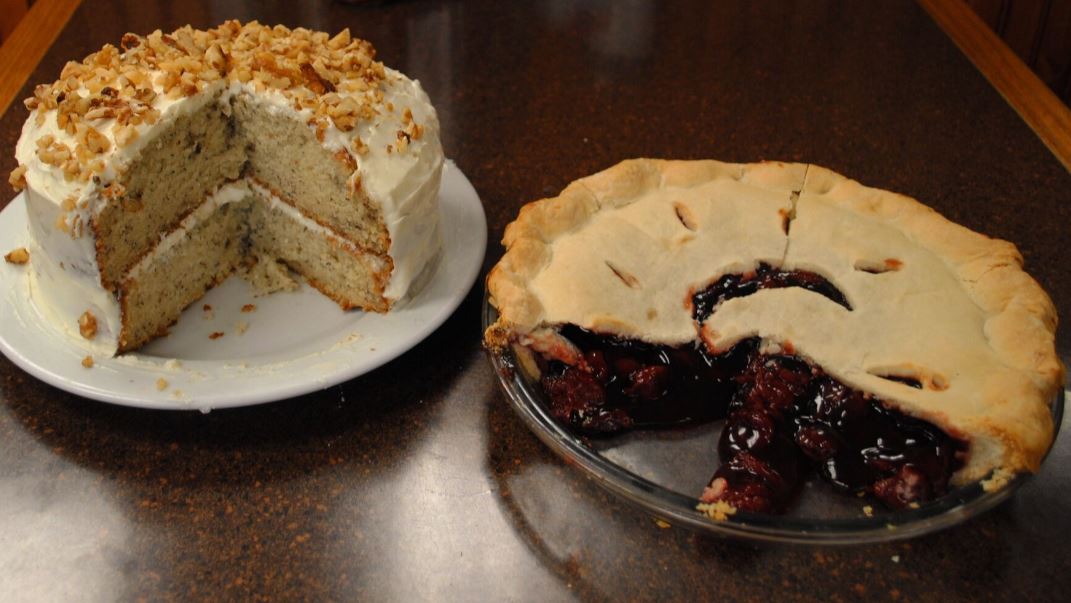 During the slow winter season, the daily output is five coconut cream pies, two each of lemon meringue, butterscotch, and chocolate peanut butter, and one each of various fruit pies. In the summer, Leslie-Holub says, it’s “easily double that.” The popular items sell out so fast that regular customers know to put a slice of their favourite on hold while they eat their main course.

“Coconut cream is definitely the most popular one,” says cook and baker Kim Durant. “I have to take my mom a piece home every week — she’s addicted.” This is not surprising: we’re talking a sturdy tower of dense cream, richly redolent of coconut, atop a flaky, toothsome crust.

The other secret to Rapid Valley’s success is its location, at a natural junction point for travellers between Ottawa, Kingston, Toronto, and Montreal. By 1815, horse-drawn stage coach service was stopping regularly at a building that still stands just across the street, says local historian Bill Boulton, who’s the author of Village Streets & Country Lanes: Lansdowne Then and Now (and also, it turns out, a Rapid Valley regular).

Lansdowne originally grew up around the stage coach stop. “It was on what was called the Front Road — which became Highway 2 — and now it’s called County Road 2,” Boulton says. When the railway arrived in 1856, the village moved north, but traffic of various kinds continued to flow through the intersection with Reynolds Road (County Road 3, which also runs directly to the Ivy Lea Bridge crossing into the U.S.)

“A service station opened there in the 1940s, operated by the McMullen family,” says Boulton. A small restaurant was soon added, and the service stop passed through several owners. Then, in about the mid-’60s, “a man by the name of Louis Anthony bought it. Before that, he had bought a farm north of Lansdowne. The owner had a big herd of Ayrshire cattle and he had registered them as ‘Rapids Valley.’ It had really no connection with the restaurant, but because the name was already registered, he took it.” (No one remembers when the restaurant’s name lost its “s.”)

Rapid Valley has been a family business in recent decades — owned by Clarke Steacy, then by his son, Mike Steacy, and now by Mike’s sister and brother-in-law, Kathy and Joe McNeely. When it closed down after a fire in December 2009, the community remained so eager for home cooking and baked goods that the restaurant was able to do roaring trade through a take-out window that opened in February 2010 until the dining room was ready for business again.

In short, the Rapid Valley Restaurant has no local equal: “I believe that the closest restaurant would be in Gananoque, and people come from Gananoque to eat here,” says Leslie-Holub. “And that says it all.”