What’s ON: The week that was in Ontario politics (November 22-26)

New variant panic: News Friday morning that a potentially dangerous new variant has emerged from South Africa led Premier Doug Ford to call on the federal government to immediately ban passengers and flights from affected countries. “Anyone arriving before the ban is implemented should be tested and quarantined, including the many passengers arriving today,” he said in a statement. The federal government later announced it would ban foreign nationals who have traveled through southern Africa. It also said Canadians returning to Canada who traveled through any southern African countries must quarantine until they receive a negative test.

Vaccine mandates: Should the province’s requirement for people to be vaccinated be extended to kids 5 to 11 years of age now that they can be vaccinated too? Chief Medical Officer of Health Kieran Moore poured cold water on that idea this week. “The major difference (with individuals 12 and up) is the length of time we've had and the breadth of science and study of the vaccine and the benefits in those age groups.” he said Thursday. “We just need to build that evidence base of the (pediatric) vaccine. It’s new, it needs time and we will build the science to support its implantation. But it's a brand new rollout so I honestly don't see its integration into the verification process at all.” For her part, NDP Leader Andrea Horwath thinks the vaccine should be mandatory for 5-to-11-year-olds and that the same requirements to access non-essential spaces should also apply.

Fourth wave: Kieran Moore also cautioned the fourth wave of the pandemic isn’t over. "It just continues to want to spread and it won't slow down again until we get outdoors in the springtime," the province’s top doctor said. "We do have a time period over the next four months that we'll have to continue to be very, very vigilant."

Open for business (elsewhere): The Toronto Star reports that the province’s new online business registry is so poorly designed that major law firms are telling clients to register out-of-province. In fact, 16 prominent Bay Street firms representing “hundreds of thousands of entities trying to carry out business in Ontario” wrote a letter last week to the government saying the registry’s technical glitches and other issues were “having a chilling effect on doing business in Ontario in general.” Government and Consumer Services Minister Ross Romano’s office acknowledged that there are problems with the system, but said they are being addressed. Romano has also said the new registry was necessary to replace an out-of-date, paper-based process.

Eye exam truce: On Tuesday, Ontario optometrists began doing OHIP-covered eye exams for children and seniors for the first time since Sept. 1. They had stopped because of a funding dispute with the government: Optometrists say the province reimburses barely half of the actual cost of the exams. But the association representing eye doctors said Monday it and the government agreed to return to the bargaining table, and that publicly-insured exams would restart as “a sign of good faith.”

EV rebate: Liberal Leader Steven Del Duca announced Tuesday that if elected his party would create an $8,000 incentive for buying or leasing a new electric vehicle, and $1,500 on home charging equipment. The NDP and Green party have also promised incentives for EV purchases, but they have not yet released specific dollar figures. As for the Progressive Conservatives, Premier Doug Ford continues to express skepticism about the idea of electric vehicle rebates.

Climate change: Speaking of things related to climate change, CBC News reports that internal provincial government documents say Ontario is on track to miss its own greenhouse gas reduction targets by quite a lot. Internal estimates by the Ministry of the Environment made in October found that "committed policies" already in place will achieve less than 20 per cent of the reductions the government wants to achieve by 2030. Until 2018, when the Progressive Conservatives were elected, Ontario's emissions had been on a decade-long decline. But the latest national figures show the province’s emissions have gone back up to 2015 levels.

Environmental record: And speaking of things related to the environment, the Auditor General slammed the Ministry of the Environment and other government departments this week for failing to properly consult with the public on environmentally-significant decisions. Bonnie Lysyk’s annual report on the environment also said the increased use of Ministerial Zoning Orders to speed development was contrary to the Ontario Environmental Bill of Rights.

Tolls: The Toronto Star is reporting the province elected not to pursue about $1 billion in penalties from the company that runs the 407 toll highway. With lower traffic during the pandemic, the number of cars on the highway fell below the level stipulated in the company’s agreement with the province. But after negotiations, the government decided to forgive the penalty. Why it did so is not completely clear (at least, not to me). The company did argue that the situation caused by the pandemic was “force majeure” – so beyond the company’s control that it couldn’t be held liable. But senior bureaucrats argued the 407 could have lowered its tolls to encourage more traffic and instead chose not to.

Emergency Orders: The legislature passed a motion Tuesday giving the government permission to extend pandemic-related emergency orders under the Reopening Ontario Act until March 28. By that date, the government expects it will be able to lift all public-health measures that have been used to contain COVID-19.

Data breach: Two arrests were made this week after Ontario’s vaccine booking portal was the victim of an apparent data breach. Police were tipped off after some individuals who used the portal noticed their children were getting texts that appeared to be part of a phishing scam. The government says despite the breach, the booking system remains secure and people should continue to use it.

Fighting Islamophobia: The NDP announced they are working with the National Council of Canadian Muslims on a bill to fight Islamophobia in Ontario. Called the Our London Family Act, the proposed law is named in honour of the Muslim family killed in a fatal truck attack in London this past June. Measures in the act include more education about Islamophobia in schools, dismantling white supremacist groups in the province by preventing them from registering as societies, and a more diverse Ontario Public Service. The NDP says they will table the bill in early 2022.

Colleges and universities: Minister of Colleges and Universities Jill Dunlop says she wants all post-secondary institutions in the province to have students back in real-world classes this winter. Some universities and colleges have already returned to near-normal, while other schools have continued with online learning. “In recent weeks, students have been vocal in their frustration and lack of motivation with online learning, and we are listening,” Dunlop told the legislature Wednesday. “That is why we are working with our post-secondary partners to provide support for institutions as they prepare for winter 2022 to safely reopen.”

Bradford Bypass: The province announced Friday they are inviting companies to bid on a contract to build a bridge needed for the Bradford Bypass, a planned road connecting Highways 400 and 404 north of Toronto. Building the bypass is part of the Progressive Conservatives’ re-election strategy. The NDP and the Green party oppose the project on environmental grounds, while Liberal Leader Steven Del Duca has tread carefully on the issue, noting the bypass has strong local support.

Ford lawsuit: Ontario’s top court has dismissed an appeal by former OPP deputy commissioner Brad Blair over a lawsuit he had filed against Doug Ford. Blair had alleged that Ford’s criticisms of him were defamatory and were calculated to deflect blame from Ford himself. Ford’s lawyers have argued the premier’s statements were fair comment. In a statement, Blair said the court’s decision would discourage future whistleblowers from speaking out. His lawyers are considering an appeal to the Supreme Court.

This month, Premier Ford's Progressive Conservative government made major moves to court workers, seeking to change labour laws with the Working for Workers Act and pledging to raise the minumum wage. But, do Ontario unions actually like what they see, and will this help Ontario's working class in substantial ways? Also, are we witnessing a political realignment? Steve Paikin welcomes the minister of labour and union leaders to discuss their often rocky relationship.

Good news this week for parents of kids ages 5-11. As of Tuesday morning, their children were eligible for a Covid-19 vaccine. On this week's pod, Steve Paikin and John Michael McGrath share the details. Also, more workers that refuse to be vaccinated, and the latest on Ottawa's LRT debacle. Could it mean trouble for other Ontario LRTs that are in the works?

COVID-19 vaccines for kids are here. How many parents will use them?

This time, the rollout seems to be going pretty smoothly, and thousands have signed up, Matt Gurney writes. Now it’s a question of how long it will take for everyone else to get in line, he argues.

Why Ontario must reform municipal codes of conduct

The current system is costly, undemocratic — and punishes those who challenge the status quo, three people involved in Ontario municipal politics write. They explain why they believe the province needs to take action.

What role did Ontario play in the Ottawa LRT debacle?

It’s possible Infrastructure Ontario did nothing wrong. But there are good reasons for a public inquiry to look at the agency’s actions, John Michael McGrath writes.

Last week, councillors voted against expanding the city’s urban-growth boundary. This opinion piece explains that Ontario has the power to overturn that decision, and it’s hinting it might use it.

Paramedics stuck at hospitals: Patients increasingly have to wait on EMS stretchers for “offloading” to hospitals — and the delays are reaching crisis levels, TVO.org Ontario Hubs journalist for Hamilton-Niagara Justin Chandler reports.

Electric cars good; fewer cars better:  The only real answer to the problems cars create is to cut down on driving, John Michael McGrath argues. He explains how cities like London are showing us how.

Handguns: The federal government announced this week that it will give provinces the power to ban handguns. This comes after failed attempts by Ottawa to give cities that power. Federal Public Safety Minister Marco Mendicino said Wednesday he hopes the provinces will collaborate. “My message is, let’s work together. Let’s find ways to get handguns and other guns off the streets,” he said.

House prices: Yes, they are still going up. The average price of a house in Canada is up 30 per cent compared to before the pandemic. Particularly shocking is the price increase in Ontario’s Bancroft region: 167 per cent. The Canada Mortgage and Housing Corporation says it’s concerned that speculative investors are a major reason for the price spike. 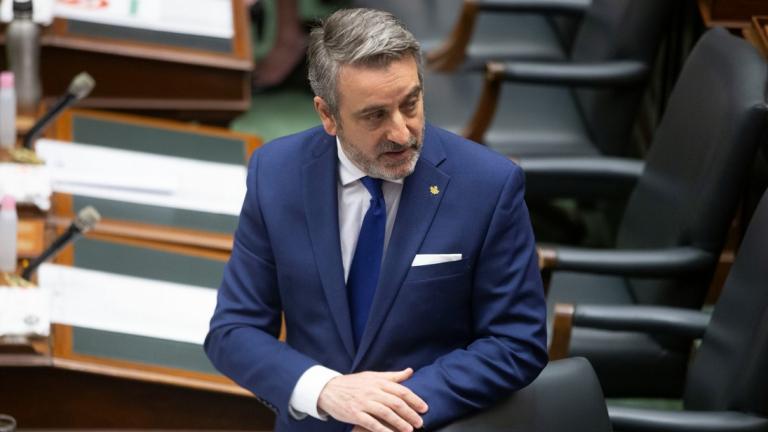