What Sault Ste. Marie’s smart grid will mean for residents — and cybersecurity

The Soo is revamping its power system with the latest energy tech. Will its new smart grid be too smart for its own good?
By Nick Dunne - Published on Jun 04, 2021
PUC president and CEO Robert Brewer (right) speaks alongside Sault Ste. Marie mayor Christian Provenzano (left) and MPP Terry Sheehan (centre) in 2019. (courtesy of PUC Distribution)

In 2008, Sault Ste. Marie — with its windfarm and its hydroelectric plant — declared itself the alternative-energy capital of North America. Now it’s looking to update that claim with the Sault Smart Grid.

The city states that the community-wide, $34 million project, which will revamp Sault Ste. Marie’s energy-distribution infrastructure by 2022, is the first of its kind in Canada. And the city-owned electric utility, PUC Distribution, estimates that it will result in energy savings of 2.7 per cent. That could translate to greenhouse-gas emissions reductions equivalent to 2,804 tonnes of carbon dioxide, according to the city.

But while energy experts say the project could have substantial benefits, it also comes with risks. TVO.org spoke with industry professionals, researchers, and local leaders about what a smart grid is, how it works, and what challenges lie ahead.

What is a smart grid?

“Typically, with the traditional grid, because of the way it’s built, there isn’t any real-time monitoring all over the system,” explains Jessie Ma, a research fellow at Ryerson University’s Centre for Urban Energy. Utility companies have historically not been able to get a live read on each customer’s energy usage from the control room. In a smart grid, internet-connected meters, sensors, and software process such information and automatically control elements of the grid, with the aim of reducing energy losses and delivering more reliable power.

The smart meters already installed in each home and business in Sault Ste. Marie are the building blocks for the other technologies of the smart grid, says PUC president and CEO Robert Brewer, who says “the mechanical meters that were used for years were great at measuring energy, but they didn’t give us any live feedback.”

Smart meters are one component of advanced metering infrastructure, or AMI, which the U.S. Department of Energy describes as “an integrated system of smart meters, communications networks, and data management systems that enables two-way communication between utilities and customers.”

These meters send live energy-usage information to a utility company from each of its customers. In the case of the Sault Smart Grid, that’s some 33,000 residential ratepayers. Software processes that data and then automatically controls elements of the grid. This is where Volt/VAR optimization comes in.

Not all appliances use electricity in the same way, says Claudio Canizares, an engineering professor at the University of Waterloo. “All our washers have a motor. Your main air conditioners have motors, compressors, and all of them have inductors,” he says. Inductors absorb a certain amount of power and “basically transform part of the electric current into magnetic fields” to get the appliance working.

This power, known as reactive power, isn’t being used to wash your dishes — it’s what enables the dishwasher to take in the necessary power to wash the dishes. If an appliance requires a significant amount reactive power to function, part of the energy is being diverted to maintain the electromagnetic field. “The more reactive power you have, the more current you need. And that's what increases the inefficiencies,” Canizares explains.

If you add up all the reactive power used in all the appliances in a single home, then multiply that across every home and business in a city, you can wind up with millions of dollars in lost energy. But reactive-power losses can be mitigated via voltage control. Using devices such as capacitors, Ma says, utility companies can “inject reactive power into the system” — power that gets absorbed by all those ravenous appliances.

And if the right amount of reactive power is delivered into the electric load that enters a household, that can reduce the amount of electricity that’s diverted to feed the magnetic field. Ideally, that means your dishwasher uses less energy — and you spend less on your hydro bill.

But with a smart grid, a utility company can apply volt/VAR optimization to become even more efficient. The grid uses smart meters to read how much reactive power is used in each household at any given moment and then uses that data to automatically control voltage levels.

Smart grids can also “self-heal” in the event of a power outage. Sensors across all power lines and substations allow the system to pinpoint where an outage has occurred and automatically reroute electricity to restore power to an affected area.

That means customers don’t need to phone their utility company to report a power outage.

“We’re able to have our crews respond more accurately to where the problem is, rather than hunting around for it,” says Brewer. “All those other people who might have been out for half an hour, an hour, maybe even a couple hours, are now out for seconds or maybe a minute or two.”

And, as Ma notes, power outages are not always mere inconveniences — they can be dangerous: “Whether it’s a regular person trying to boil their tea, or a factory or the grocery store or data centre or hospitals, having a smart grid where you can reduce the time of outages makes a big difference.”

Canizares says it can be hard to put an exact dollar figure on the savings that can come from a more effective restoration of power, but it’s “a big advantage. There’s a lot of money [saved.]”

What are the risks?

Smart grids may help lower hydro bills and carbon emissions, but they’re not without their detractors. Of particular concern to critics is security: after all, smart meters send your energy-consumption data to the utility company in real time, all the time. And, as noted in a 2020 Sensors journal article, “as any other device connected to a network, smart meters become vulnerable to attacks with different purposes, like stealing data or altering readings.”

In a traditional grid system, Canizares says, “you only have a few points of connection, which would be very difficult to manipulate.” But with a smart grid, there can be millions of points of connection. “If there is a malicious attack, you can have people sending the wrong information back to the system,” Canizares says. “They might turn heaters off or do other funny things.”

There’s also the risk of wider-scale manipulation: a hacker might be able to trick the system into believing there’s a fault within the grid and open up the breaker. “Then you end up with a blackout,” Canizares says.

Christian Leuprecht, a professor at Queen’s University and the Royal Military College who specializes in cybersecurity, says Ontario is a leader in smart grid technology — and that means it must also lead in keeping such technologies secure. “In some ways, what happens in Ontario is actually a bit of a laboratory for the rest of the country and the rest of the world,” Leuprecht says. “When people talk about 5G and the internet of things, this is the frontrunner: it's machines communicating with machines.”

Leuprecht says there have been grid attacks previously — for example, Russian hackers attacking Ukraine’s grid — but smart grids are new territory. In some ways, he says, the self-healing nature of a smart grid can make it safer and more resilient. Still, “we don't have huge precedent to draw on this from elsewhere."

The sector will require international co-operation. “North American electricity infrastructure is highly integrated. We saw this in Ontario in 2003, when the lights went out in Ontario, after a tree fell on the line in Ohio,” says Leuprecht. “it’s a good example of why the Americans are so concerned about what's happening in Canada and making sure we get this right — because they know if somebody here gets hit, it will have consequences in the U.S.”

That interdependency can also be a strength, according to Robert Gordon, executive director of the Canadian Cyberthreat Exchange. “The regulations that impact the U.S. electric grid are almost identical to what they are in Canada, because of that interconnectedness of the grid. And neither side wants to be the vulnerability point to the other.”

Gordon says considering cybersecurity from the outset of the grid's design is critical to mitigating risk — something he says is top of mind for energy companies. “The energy sector has had to be far more concerned with [security] because they are completely connected with everybody else. So they've been thinking about these types of issues for a long time."

As for the Sault Smart Grid, “cybersecurity is an extremely important focus on [the project],” says Kevin Bell, PUC’s vice president of business development. There will be a “cybersecurity evaluation, and requirements will be met for each element of the project.”

This is an issue that isn’t going away. “The future is here,” Leuprecht says. “It’s not up for debate whether we do this; the debate is how we do it and how we make sure we get it right.” 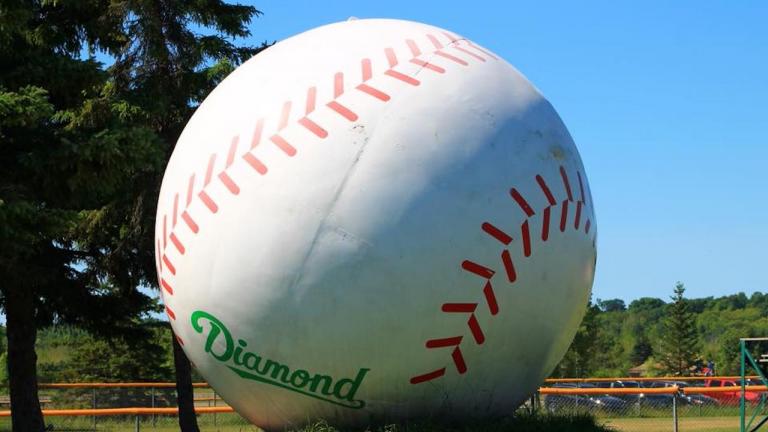 Indigenous
Two boys drowned at Shingwauk residential school. Who were they?
Charnel Anderson