What learning Mohawk has taught me about not fitting in

OPINION: I’ve started to learn my own language — but my experience may not reflect what Canadians want from narratives of Indigenous resilience
By Shelby Lisk - Published on Nov 04, 2019
From left to right, Susan and Wellington Green (the author’s great-great-grandparents); Nellie Doreen (great-grandmother) and Cindy Lisk (mother); Nelson Green (Great-Uncle Teck). (Photos courtesy of Shelby Lisk)

When I opened my first article for TVO.org, I clicked on the option to read it in Mohawk and ran my eyes eagerly across the words written in my native language. Seeing my work in Mohawk is something I had always thought would be amazing but had suspected would never happen.

In the first couple of paragraphs, I knew only about five words, although the context helped me work out a few more. When I stumble over sounds, especially in the longer words, I can’t turn to people around me and ask, “Hey, am I saying this right?” My family doesn’t speak our language, and I live three hours away from my community of Tyendinaga Mohawk Territory.

I still travel home some weekends for language class, but it is increasingly hard to keep up — and I haven’t met anyone else in Ottawa who speaks Mohawk. According to Statistics Canada, in the 2016 census, only about 2,350 people reported speaking the language.

Even though the words don’t come with ease, there is something magical about learning to move your mouth in the way your ancestors have been doing for centuries. It may be a really long and slow process, but it’s the best feeling in the world when you hear and say a word so much that it becomes automatic. My teachers call this “owning” the word.

The first time that happened for me, I was walking down the street, and I saw a dog, and, in my head, I said è:rhar instead of “dog.” It was so simple, but I remember smiling to myself.

When I talk about my own language journey, I worry that everyone will want to hear a particular narrative: my family wasn’t allowed to practise their culture or learn their language, but, now, look, I’m learning my language, and that makes up for everything my family lost. That is a huge burden to bear. We all love stories of resilience, but, if you’re Indigenous and your story doesn’t fit into this narrative, you can feel as if you don’t fit either.

That is the story of much of my life: the feeling of not fitting in. I didn’t grow up in my community. I don’t look the way media tells me an Indigenous person should look. I learned quickly, and at a young age, that people were willing to say all kinds of uncensored and derogatory things about Indigenous people in front of me because of my disguised identity. I have always had the choice either to speak up or to pretend to blend in. I know that is a privilege, but it also comes with a weight.

Other generations of my family also didn’t grow up in our community. My great-grandfather, for one reason or another, refused to register as an Indian with the Mohawks of the Bay of Quinte band. My great-grandmother, who was registered as a member of the community, lost her Indian status when she married him, because the Canadian government saw an unregistered Indian as a white person. They opted to live in a small community called Deseronto, just 10 kilometres east of Tyendinaga.

I never met my grandmother, but her sister Shirley shared with me that their family never talked about being Native while they were growing up. She said that being Indian was something the family avoided mentioning and hoped would go unnoticed.

My great-aunt recalls that my great-great-grandparents, Susan and Wellington Green, spoke Mohawk fluently. Her mother, my great-grandmother, understood everything they were saying but for some reason refused to speak it. The only recollection my great-aunt has of understanding the language herself was of laughing at the way the pastor in church mispronounced Mohawk words in the hymns.

My mother grew up in Toronto. She spent summers and holidays at her grandmother’s cabin in Tyendinaga and remembers her uncle speaking in Mohawk before family dinners. Through our conversations, and since learning bits of the language together, we’ve decided that he was likely speaking the Ohén:ten Karihwatéhkwen — words of thanks for everything in creation that are used to open gatherings.

In my own childhood, there was no hint of the language anywhere. We lived a 10-minute drive outside the rez, and I didn’t learn it in school the way Mohawk kids who grew up in the community did. I remember my cousins, who did live on the rez, counting in Mohawk while we played hide and seek. I never thought much about it.

Unfortunately, my story might not fit into the narrative of resilience. There is a strong possibility that I will never be a fluent speaker of my language. In order to become one, I’d have to move to a community with more speakers, commit years to full-time language learning, and then continue to surround myself with speakers — and, as I’ve already explained, that can be tricky.

This does not mean that I will stop learning and using the words that I know. Given the history of native-language usage in my family, TVO.org’s translation project is very important to me. I never imagined when I was growing up or when I started learning my language that I would work somewhere that would publish my writing in Mohawk.

The more media showcasing the language, the better. APTN has dubbed multiple programs, including By the Rapids, an animated show, created by Joseph Tekaroniake Lazare, from Kahnawake, about a Mohawk family. Six Nations Polytechnic has created a Mohawk language app called “Speak Mohawk.” I can’t think of more valuable ways to show Indigenous youth how important and worthwhile it is to learn their language.

I became a journalist because I didn’t see positive representations of Indigenous people in media while I was growing up. I can hardly imagine waking up every morning to read a newspaper or news articles in my language. That is a remarkable step. 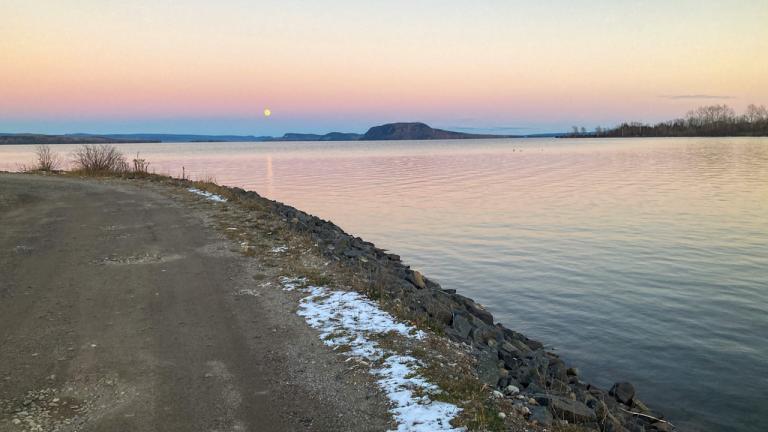 Indigenous
How treaties shaped my life — and my great-great-grandmother’s
OPINION: I was 13 years old the first time I collected my “treaty money.” Since then, I’ve come to understand more what the experience means for me, my family, and Canada.
Charnel Anderson 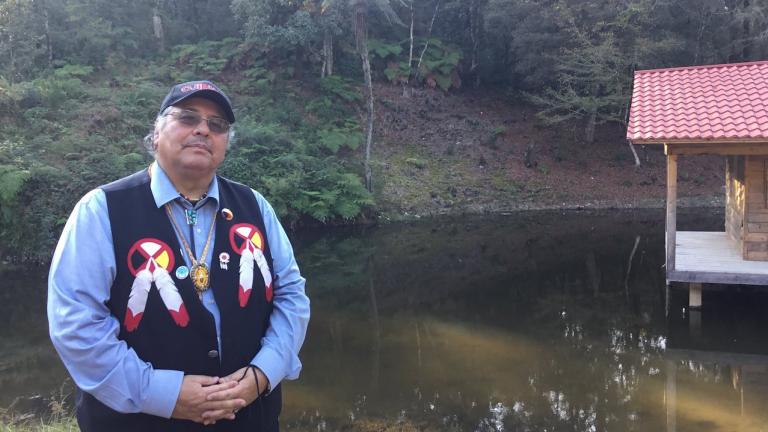 Indigenous
‘I know who I am’: Why this former chief voted in the U.S. presidential election
Shelby Lisk