Toronto’s top film caterer discusses how he got into the business, how to keep an entire film crew full, and how to satisfy picky celebrities
By Corey Mintz - Published on September 11, 2017
David Mintz’s catering company has fed crews for such productions as ‘Suicide Squad’ and ‘The Handmaid’s Tale.’ (Facebook)

There is so much film and television production in Canada that the country is sometimes called “Hollywood North.” The industry injects $1.7 billion a year into Ontario’s economy and supports 35,000 jobs.

Movies are expensive to make. Feeding 200 to 300 people a day is like throwing five weddings a week, which might prompt you to save money by getting a cheaper caterer. But as a friend in the movie business tells me, “It's literally the difference between a happy crew and a very angry crew.”

Everyone tells me the best caterer in Ontario, the one that’s prepared on-set meals for every major production over the past two decades — Suicide Squad, Orphan Black, Pacific Rim, Spotlight, Death to Smoochie, The Handmaid’s Tale, a just-wrapped Matt Damon movie called Downsizing — is David Mintz Caterer.

So for the first time ever, I started an interview by making sure my subject and I were not related.

I have to begin by making sure we’re not related. You have an accent that makes me figure we can’t be.

South African. We are not related. My parents, Mathis Mintz and Rose Mintz, came from Lithuania, to South Africa. And where are your grandparents from?

Poland and Montreal. Russia and Ukraine before that. When did you launch your company?

Nineteen eighty-seven. I went to the University of Guelph and got a bachelor of commerce in hotel and food. I wanted to become an accountant, like a nice Jewish boy. But it wasn’t for me. I’d always worked in the summers at the Keg. It was in my blood. I didn’t have money to open a restaurant, so I opened up a little catering company.

Most of us are familiar with the wedding catering process, where we are given a series of options, based on price — chicken at one end and lobster at the other. How similar is that to the set catering process?

It’s completely different. When they budget for a movie, there are two different ways you can cater. One is what’s called the traditional style. You cook in a kitchen, put it in a hotbox, set up a buffet, take food out and you feed them. A tray of lasagna, a tray of broccoli, a tray of couscous — whatever. And that’s exclusively what everybody used to do up until five years ago in Toronto, the only place in the world that does that.

Vancouver, Los Angeles, and the rest of the world has food trucks. Mobile kitchens. Five years ago we bought a mobile kitchen. And now we cook directly on set, breakfast to order, out of those trucks. If you’re cooking a nice, fresh piece of trout, and it’s sitting in a hotbox, traveling for an hour and a half, and then it gets put into a chafing dish, versus freshly seared and onto their plate in 10 minutes, it’s night and day.

What is the typical length of a shooting day?

Does the production manager [the person in charge of booking the caterer] come to you and say that everybody worked crazy long yesterday, so they need a treat?

Absolutely. On something like Suicide Squad, we’re feeding the same people for 100 days. So that’s the challenge in our business: keeping it fresh and keeping people engaged. They’ll say, let’s do something special for the crew today. So we’ll do an artisanal charcuterie and cheese. Or on the last day we’ll do lobster tails or a special dessert.

What about food waste? What happens to the excess?

Our margins are pretty tight, so we have to pay a lot of attention to portion control. When there is excess and the food has been held at the right temperature, we drop it off at local shelters close to our kitchen in the downtown core. When we do large events, like the Ontario Summer Games, we have Second Harvest pick up large surplus.

You might have 200 or 300 people on set. Is there a hierarchy for meals? Non-union extras, cast and crew, and then stars and other big shots?

Everybody is just as important. But it depends on the budget. If the show chooses to save money, then non-union background might get a meal with less variety — a pasta, a salad, brownies. But I try to feed everyone the same meal.

On a film set you’re looking after a diverse group of people. Some like their pot roasts well done, and others like their tuna rare. So you’ve got to appeal to a broad spectrum while hitting all the individual tastes at the same time.

If someone is a vegan, or on a paleo diet, they may be a grip or the star of the show or a producer. They’re taken care of exactly the same way. For example, on a movie we’re working on now, I have a two-page list of everybody’s dietary restrictions, from somebody who’s allergic to cilantro, to shellfish, gluten-free, vegan, yada yada yada. And we have to make sure we look after all of them. For something we’re starting today, we have to have a special oil to cook their fish.

Do some movie stars have their own chef/caterer/nutritionist?

Certainly. On one show there was a vegan star who expected high-end vegan food. So we had to have one person just cooking for her, five hours a day. The production manager approved the extra body. But we had someone on a shoot recently who brought her own vegan chef. And that was even easier for us.

How do you avoid feeding people food that’s too rich or heavy, so they’re too full to work?

There’s never a shortage of food on set. So anyone who wants to can overeat. Though we did have one shoot where they asked us not to serve any turkey — even on Thanksgiving.

This interview has been edited for length and clarity. 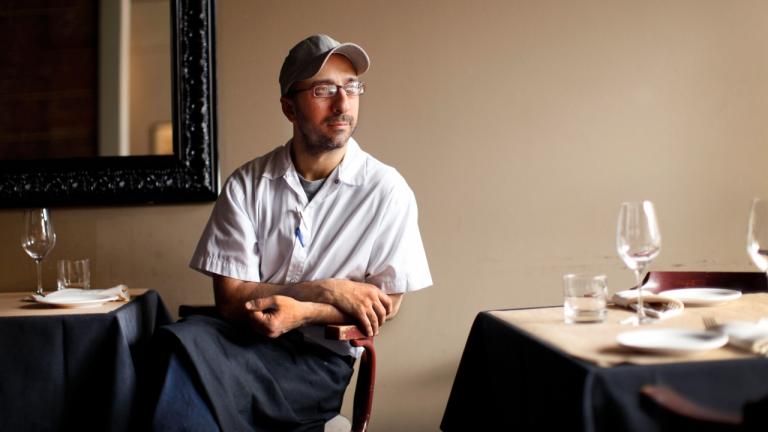 Coronavirus
‘We need one voice’: Independent restaurateurs are fighting for their industry’s survival

COVID-19 forced the closure of John Sinopoli’s restaurants. So he and some colleagues started the Save Hospitality coalition to tell government what the sector needs to make it through the crisis. 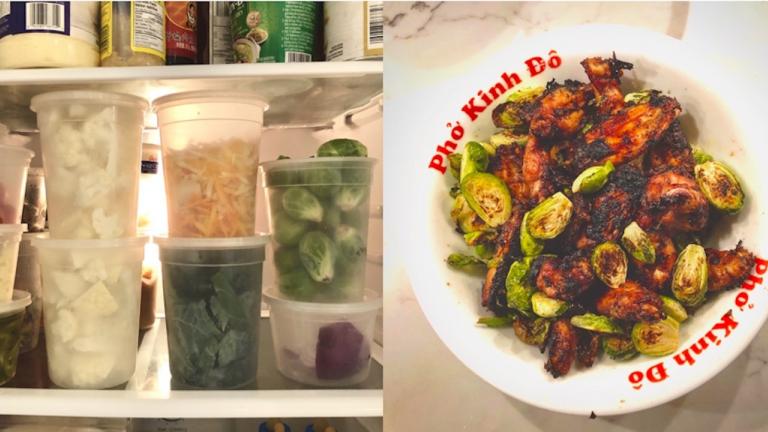 Coronavirus
The joy of cooking in quarantine
Corey Mintz 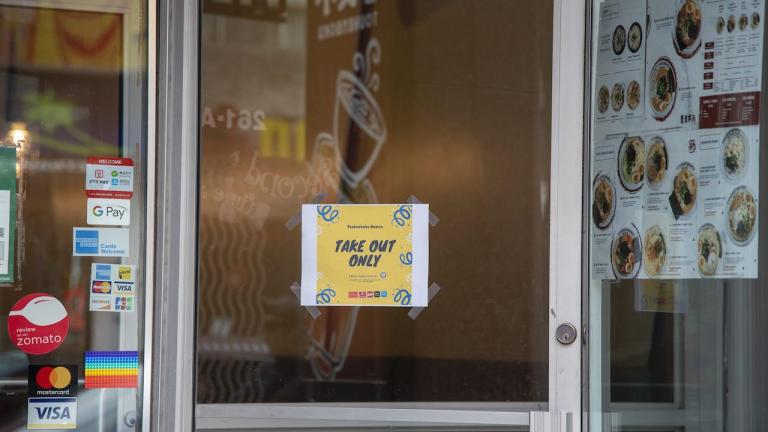