What if women ran the world?

EXCERPT: Catherine Mayer, co-founder of the U.K.'s Women's Equality Party, describes how women are still too often left out of the political equation
By TVO Current Affairs - Published on Jul 18, 2017
Nam Kiwanuka interviews Catherine Mayer about her book, 'Attack of the 50 Ft. Women' 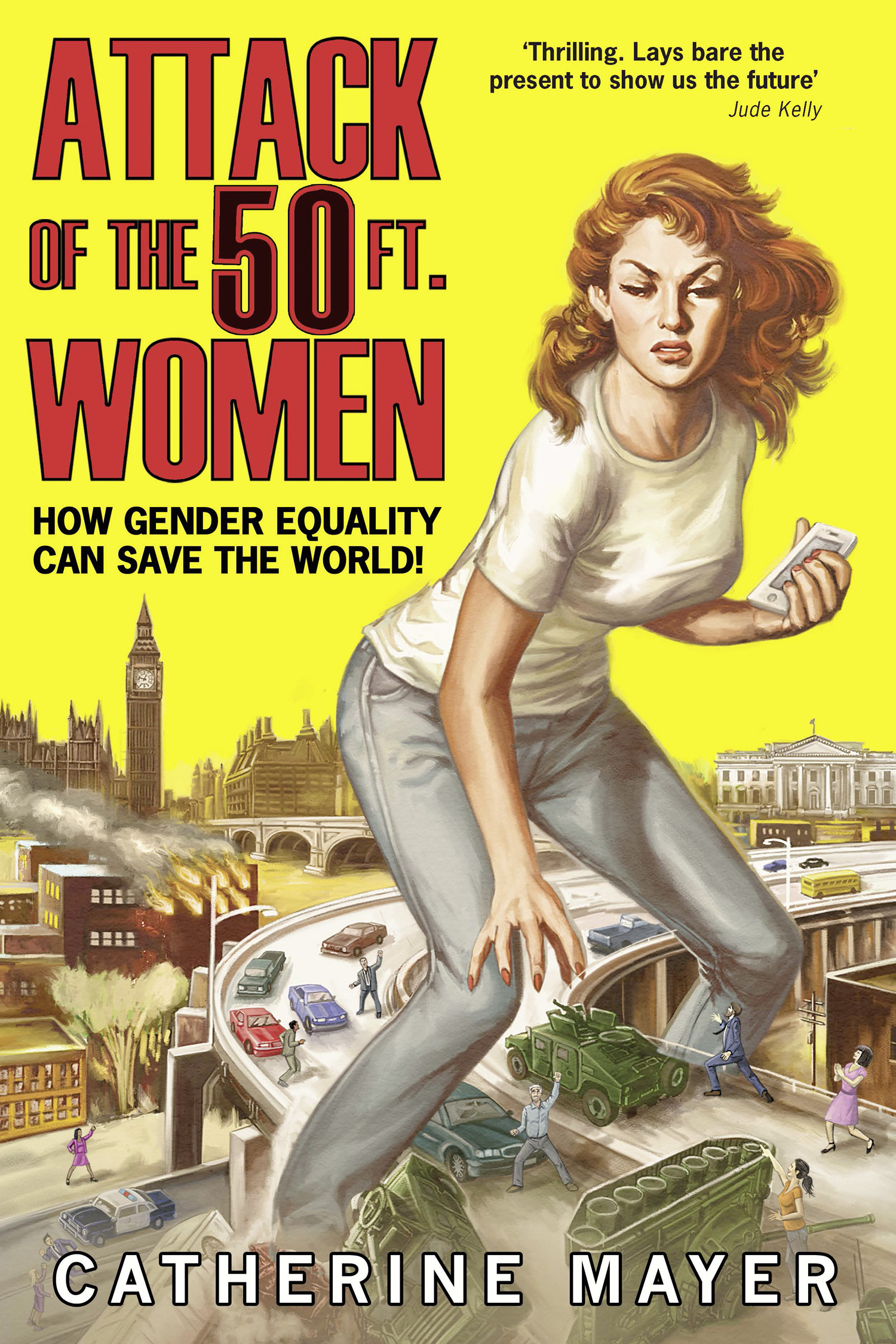 In this edited excerpt from her new book, Attack of the 50 Ft. Women: How Gender Equality Can Save the World!, Women’s Equality Party co-founder Catherine Mayer explains why parties of the left are so poor at promoting women.

When Theresa May came to power, the American publication Money got a little overexcited. "Even with all the uncertainty around the U.K.’s post-Brexit future, one thing is clear: Britain will soon be led by a woman, its first female prime minister since Margaret Thatcher left office in 1990," it declared. "Female heads of state have become common everywhere, it seems, but in the United States."

In reality, May added to a total of female world leaders that for all their stature could still fit into a minibus. Excluding hereditary heads of state, there are female leaders in just 15 out of the world’s 144 full or partial democracies, or 16 if we include Nicola Sturgeon who heads Scotland’s devolved government.

Female leaders are less common globally than natural redheads are in Sturgeon’s own country; and redheads in Scotland, contrary to popular imagination, are not common at all, a flame-haired cohort amounting to around 13 per cent of the total population. Redheads and female leaders stand out, so we imagine their numbers to be much higher. Fifty-three democracies elect a president and a prime minister, and in all but nine of these nations, both roles are held by men. That means female leaders still comprise just 7.61 per cent of all world leaders, 8.12 per cent with Sturgeon.

One paradoxical explanation for this phenomenon is that parties of the left have historically championed gender equality. This means they are often too convinced of their own virtue to recognize their failings. Those failings loosely group into two categories. The first is one of precedence. In their desire to solve all structural inequalities, these parties too-often assign the lowest priority to gender inequality even though most other forms of disadvantage intersect with being female. Far-left activists go further, resisting the idea of fixing parts of the system in favour of changing the whole system, stranding women in an endless waiting game. They also mistake optics for action. Bolivia’s socialist government set up a Gender Office and Unit for Depatriarchalisation and created a Deputy Minister for Equal Opportunities within the Ministry of Justice and Fundamental Rights, responsible for the advancement of women. However, none of these new institutions was allocated the resources necessary to be effective. As the White Queen tells Alice, "The rule is jam tomorrow and jam yesterday – but never jam today."

The second category is a failing more overt in parties of the right: hostility towards women. The left likes to imagine that it is exempt from such wrongheadedness. In reality, misogyny flourishes like knotweed, undermining foundations of parity and respect and periodically breaking into the open, rampant and destructive. The online abuse directed against any female MPs who questioned Jeremy Corbyn’s leadership of the U.K. was different in degree and content to anything experienced by male dissidents and could have less easily survived in a culture that made continued and concerted efforts to stamp out such abuse.

The authors made clear that they were not blaming factions within Labour for all of this but they also pointed to instances where Corbyn’s backers had staged rallies against them and claimed that bullying at party meetings had “been actively encouraged or quietly condoned.”

Bernie Sanders’ campaign for the Democratic Presidential nomination unleashed toxic attacks on Hillary Clinton, not by Sanders but a rump of his followers, so-called Bernie Bros. Two British hard-left parties, the Workers’ Revolutionary Party and the Socialist Workers’ Party, both failed to curb sexual violence in their own ranks. The WRP disbanded after revelations that its leader Gerry Healy had sexually abused female members. The SWP responded to a rape allegation against a senior figure in the organization by holding a kangaroo court that interrogated the complainant. Had she been drunk? Had she definitely said no?

George Galloway, a former MP who set up the Respect Party after his expulsion from Labour, dismissed rape charges brought in Sweden against Julian Assange. The WikiLeaks founder was guilty, said Galloway, of "personal sexual behaviour [that] is sordid, disgusting, and I condemn it." This was, however, merely "bad sexual etiquette." "Not everybody needs to be asked prior to each insertion," Galloway added. In 2016, he campaigned to be Mayor of London. The Women’s Equality Party fielded a mayoral candidate at the same elections, party leader Sophie Walker, together with a London-wide slate of candidates. Galloway started with an advantage as a public figure, a political veteran and one-time star of reality TV show Celebrity Big Brother; he had also presented shows for Iran-backed Press TV and the Russian-funded RT network. Sophie had come to politics as WE’s first leader just ten months before election day. She outpolled him by almost 100,000 votes.

Women from across the political spectrum, including members of other parties, congratulated us on the result. Not all of them warm to the Women’s Equality Party or understand that we aim not to weaken their parties but to improve them, by pushing those parties to take gender equality – and the women in their ranks – seriously. But every woman in politics knows that a system that sidelines women, and tolerates their abuse, can never serve the population as it should.

Excerpt from Attack of the 50 Ft. Women by Catherine Mayer ©2017. Published by HarperCollins Publishers Ltd. All rights reserved.