‘We’re all in limbo’: With the border closed, northern outfitters are struggling

Fly-in outfitters in northern Ontario rely on American customers, who can’t make the trip because of COVID-19 — and they’re calling for more financial help
By Amy van den Berg - Published on Mar 30, 2021
Donna Agich and her husband, Stewart, own an off-grid fly-in fishing and hunting lodge 230 kilometres northwest of Timmins. (Courtesy of Donna Agich)

When the province announced that short-term accommodations would be allowed to operate last June, Donna Agich got to work opening her lodge, hoping the Canada-United States border would follow. “When you’re a fly-in, you're going in there with the assumption that you have at least two weeks of labour to get up and running,” says Agich. “Our food, our guests, our staff, our building materials, our boats, our fuel — everything is more difficult to get to us than it is to get to a road-based, rail-based, or boat-based facility.”

Agich and her husband, Stewart, own Agich’s Kaby Kabins, an off-grid fly-in fishing and hunting lodge on Kabinakagami Lake, 230 kilometres northwest of Timmins. Like most outfitters in the area, their business is almost completely reliant on American customers. They welcome roughly 550 guests in a typical summer; last year, with only Canadian residents, they attracted just 57 people. They closed in August, eight weeks early.

With no clear indication yet as to when the border will reopen, outfitters such as Agich are now looking at a second lost season — and wondering whether they should even bother opening. “We're all in limbo,” she says. “Just like last summer.”

Ontario’s tourism industry brings in more than $36 billion annually, more than mining, forestry, and agriculture combined. Outfitters in northern Ontario account for $400 million of that. In Algoma county alone — a section of northern Ontario that stretches up from Lake Huron to just below Highway 11 —there are more than 40 off-grid lodges, all of which are feeling the strain due to travel restrictions.

These fly-in outfitters say they should be valued as an important export industry, as their product is one that essentially only Americans consume. Unlike companies that deal in physical products, though, they can’t make up for lost sales from last summer through a future surge: their inventory is time. With their customers stuck behind a closed border, they say they need more financial help to cover increasingly steep operating costs.

American customers have fuelled tourism in the province’s north for generations, now paying roughly $1,500 per person for a week-long stay that includes local round-trip flights, meals, and fully serviced cabins. Michel Watson, who operates Watson’s Kaby Lodge on Kabinakagami Lake with her husband, Tom, says it has had a 95 per cent U.S. customer base: “If we could fill up this lodge with Ontario guests, it would have already happened.”

“The Americans, just in terms of their demographic, will travel further, they will spend more, and their expectations are not as high as the domestic market,” says David MacLachlan, executive director of Destination Northern Ontario, a non-profit that receives funding from the provincial Ministry of Tourism. MacLachlan’s family owns multiple lodges and outposts in the region, and he himself owns a lodge on a lake just south of Kabinakagami. Last summer, he says, he operated at 13 per cent capacity.

This year, he’s hoping to attract more Ontarians, but experts say that doing so is no easy task. “The domestic market just doesn't know about [these outfitters], so they have to start from square one,” says Laurie Marcil, executive director at Nature and Outdoor Tourism Ontario. Drawing vacationers up north, she says, is “a huge mountain of a task.”

With Watson staring down a summer without her typical 950 American customers, she says she’ll need at least 350 Canadian residents to make opening the lodge financially viable: she, like other owners, needs to transport everything by floatplane, including food, fuel, and boats, and opening for the season costs tens of thousands of dollars.

She’s not hopeful. “Convincing them to get in the car and drive and experience what our province has to offer is a really hard thing to do,” she says. “They think if they drive from Toronto, when they hit Parry Sound, they're going to fall off the face of the Earth.”

Shannon Richardson, who owns Buck Lake Wilderness Lodges and Outposts, ran ads on local radio last spring to attract new guests — but she didn’t get any bites. This year, she is determined to try again: in February, she launched a contest for a chance to win a seven-day fishing trip. “Sorry to our American friends,” she wrote on Facebook. “This one is for us.”

MacLachlan hopes that marketing efforts will help the industry stay afloat and says that more Canadians are visiting the organization’s website: “We know we were busy along the highways last year. So hopefully we can translate that to get more people to more remote destinations, including communities that are off the main highways.”

Last summer, Destination Northern Ontario ran a series of webinars — featuring industry experts and sessions on loan and grant applications — intended to help outfitters gain and adapt to a new domestic-customer base. But stay-at-home orders, MacLachlan says, prevented the organization from seriously marketing northern Ontario as a travel destination. “We've got some things in the works,” he says. “We’re just waiting.” He also hopes that a tax credit for Ontarians looking to travel within the province — which was announced in the 2020 provincial budget and is expected to be finalized soon — will boost interest.

That would still leave one big problem for lodge owners. “What do I do with the 550

people who have paid me their deposit?” says Agich. American guests who booked cabins last year rolled over their reservations to 2021, and she’s relied on their deposits during the off-season. If lodge owners receive official notice that the border will not open this season, they’ll be able to keep those payments and re-book U.S. guests for 2022, which would mean availability for domestic visitors. While the federal government recently indicated that the border will remain closed until at least April 21, there’s no clarity about what will happen after that. “Do I say, ‘Sorry, you can't come this year,’ but then, say on May 14, the minister decides to open the border — I don't have $100,000 in deposits to pay back to people,” she says.

Marcil has been advocating to all levels of government on behalf of outfitters for both financial help and clarity. “We have been asking regularly for [the federal government] to give us more insight as to these border extensions,” she says. “We want a plan. We want to scope out and understand what we’re supposed to do for the next couple of months here. How can we get ready?”

As of October 1, 2020, business owners were able to apply for a $25,000 grant from the Northern Ontario Heritage Fund Corporation to offset expenses associated with COVID-19. The application period was initially supposed to run until December 31, but on November 20, the program closed. “The NOHFC gave northern Ontario operators a leg up with that program,” says Marcil. “It just wasn't long enough. And it wasn't enough money.”

The NOHFC says it offered a seven-day warning of the early closure, which was “due to the overwhelming response.”

Agich got the grant, but Watson says she was caught unawares by the cut-off. Last year, she and her husband spent upwards of $37,000 installing government-mandated COVID-19 protections, including a sanitizing fogging machine for the cabins and a new deck for distanced outdoor eating, for which lumber had to be flown in.

Watson feels as if her American customers care more about the future of her lodge than the government does. “I had 27 phone calls yesterday just from my American guests, saying, ‘We're here with you. We stand with you. What can we do to help you?’” Watson says. “We are hanging out here in the wind, the government has left us to dry, and our American guests are the ones that are saying to us, ‘How can we help?’”

A spokesperson for the Ministry of Tourism tells TVO.org via email that “the government remains committed to exploring opportunities to promote unique experiences in the North and support Northern Ontario’s diverse and thriving communities” and highlights a recent $1.2 million investment in domestic marketing campaigns through Destination Ontario and Destination Northern Ontario.

Organizations, though, say they can’t advertise, given that governments are asking people to stay home. “For the last while, the official message has been stay home, stay safe, save lives,” says MacLachlan. “That's pretty tough for a tourism-promotion agency.”

Michael Mantha, the NDP MPP for Algoma–Manitoulin, says that “the Ford government needs to step up for tourism, particularly the outfitters, and come in with a program that will be able to get them through this pandemic — the government should sit down with them and not only hear what they're saying but actually listen and go into action.”

On March 24, outfitters received some welcome news. The province’s 2021 budget includes the new Ontario tourism and hospitality small-business support grant, a $100 million program that will offer between $10,000 to $20,000 to businesses in tourism and hospitality. "I feel better — at least it's some recognition," says Watson. "This is a blessing, don't get me wrong, but at the same time this should have happened a long time ago and then this would have helped those of us who are in seasonal tourism to actually open for our season." Watson also worries about when the help will arrive. "We're six weeks out from going up, and we can't even apply yet. So does this come to me — by August? I don't know."

Watson plans to open on May 4 and is expecting to operate at 7 per cent capacity with Canadian guests. She’s still optimistic that the border will open, she says: "We are still hopeful. If we stop being hopeful, we won't open our doors. We can't even look at that; it's too depressing. Logically, I think we know that the border will remain closed. Emotionally, we hope that doesn't happen." 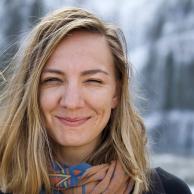 Amy van den Berg is a freelance writer living in Hornepayne. Her work has appeared in The Walrus, Broadview, and Toronto Life.

Coronavirus
COVID-19: What you need to know for January 21
TVO.org staff

Coronavirus
COVID-19: What you need to know for January 20
TVO.org staff