‘We assumed his crime couldn’t have been anything too violent’

By TVO Current Affairs - Published on Aug 10, 2016
"After all was said and done, My friend Dorothy said, 'I still can't believe you thought that story would have a happy ending.' But I did," writes Diane Schoemperlen in 'This Is Not My Life: A Memoir of Love, Prison, and Other Complications.'

The following excerpt is from the first chapter of This Is Not My Life: A Memoir of Love, Prison, and Other Complications by Diane Schoemperlen, author of 13 books of fiction and nonfiction. The memoir tells the story of Schoemperlen's six-year relationship with a federal inmate serving a life sentence for second-degree murder. Alongside the personal story are revelations about prison life in Canada and what the author believes is a closed society that Canadians should know more about. Published this year by Harper Collins, the book is the basis for the author's interview with Nam Kiwanuka on The Agenda in the Summer. 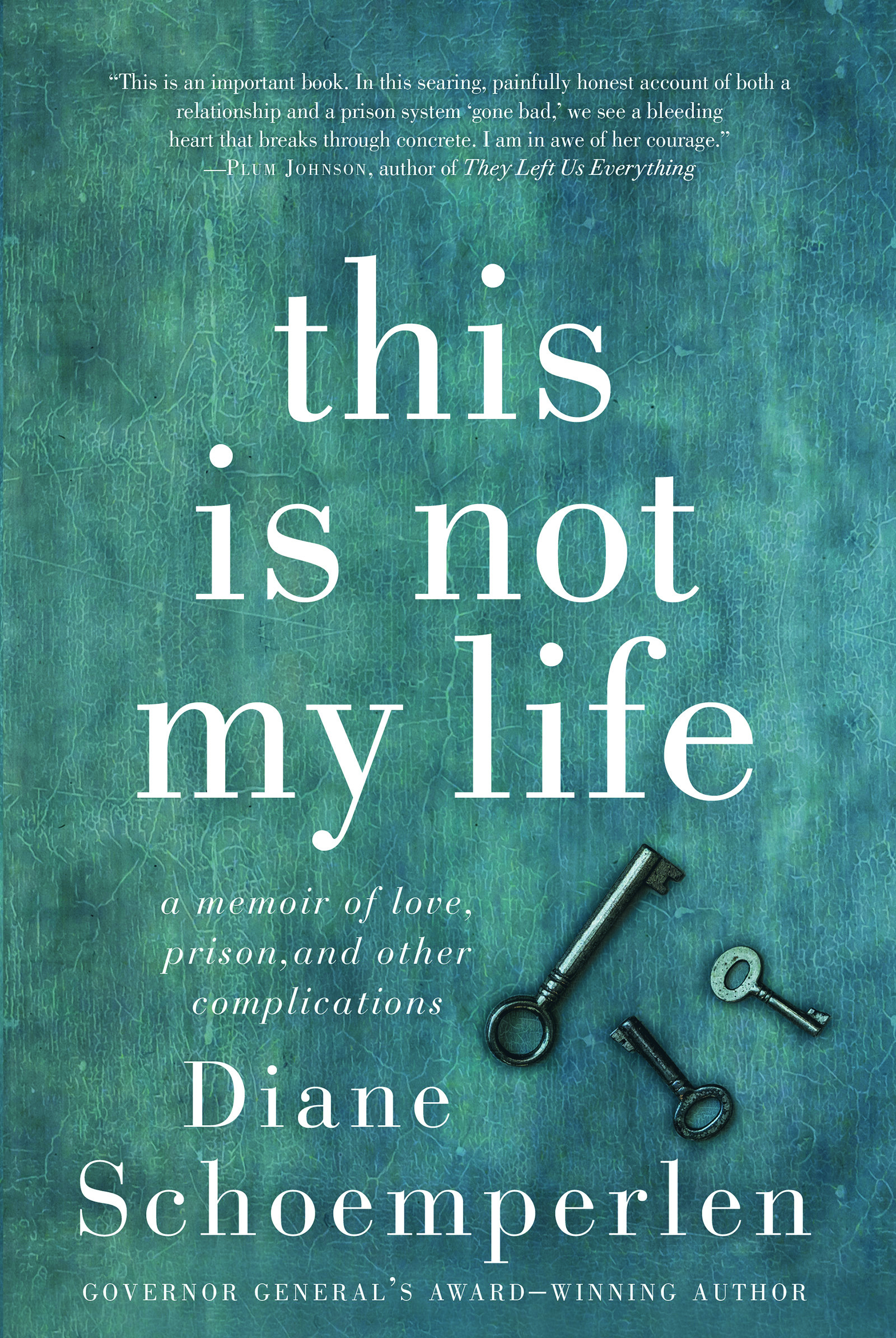 It is safe to say that never once in my life had I dreamed of being in bed with a convicted killer, let alone one with his teeth in a margarine container in the kitchen, his mother in the next room, and the word hi! tattooed in tiny blue letters on his penis.

Years have passed, almost ten years now since I first met Shane. After all was said and done, my friend Dorothy, shaking her head in disbelief, said, “I still can’t believe you thought that story was going to have a happy ending.” But I did. For the longest time I did.

Sometimes I can come close to understanding why I stayed with him for almost six years, why I went back to him after everything fell apart, why I fell in love with him in the first place. Other times it’s as if it all happened to somebody else, somebody who looked just like me, lived in my house, slept in my bed, wore my clothes, and wrote my books.

And where was I then? Where was I when all of this was going on?

He was a powerful-looking man, somewhere in his late fifties, tall and well-built with broad shoulders, muscular arms and slim hips. From a certain angle, he reminded me of Vince Vaughn, one of my favourite actors. He walked with a limp, barely noticeable at first, but growing more pronounced as the hours passed. He was clean-shaven, with perfectly straight white teeth and thick shiny brown hair so dark it looked black, with a small bald spot at the back.

From a certain angle, he reminded me of Vince Vaughn, one of my favourite actors.

I’d been volunteering at the Saint Vincent de Paul free hot meal program for three months when Shane arrived in early January as our new Friday dishwasher. We all knew where he’d come from, but we didn’t know how long he’d been there or what he’d done to end up in prison in the first place. We were curious but not especially concerned. We are used to prisons here. With eight of the eleven federal institutions for men in Ontario located in or near Kingston, including the legendary maximum-security Kingston Penitentiary, our small city is indeed the prison capital of Canada. Our modest population of fewer than two hundred thousand includes a relatively large number of ex-convicts and parolees and their families. Many of the men who came to eat regularly at Vinnie’s had done time.

We were already busy with the lunch preparations when Shane came in that morning and didn’t have time to pay him any extra attention. Once the director had introduced him around, we put him to work, thankful for another pair of hands, wherever they came from.

He was on an Escorted Temporary Absence, an ETA, not to be confused with what this acronym stands for out here in the free world: Estimated Time of Arrival. In the prison world, an ETA allows an inmate, either alone or in a group, to leave the institution accompanied by one or two correctional officers or by an approved citizen escort. Shane’s escort was an elderly nun named Sister Frances. We didn’t any of us say what we were thinking: that she didn’t fit the picture of what we thought we knew of “escorts,” shapely women for hire prancing around in stilettos and skimpy skin-tight skirts. Given the age and frailty of Sister Frances and the fact that Shane had come from Frontenac, a minimum-security prison, we assumed his crime couldn’t have been too serious, certainly not anything violent.

On that first day, Shane didn’t say much to anyone except Sister Frances. When he did speak, his voice was gravelly and deep. As well as taking care of the dishes, he helped with the preparation of our usual Friday lunch: soup, coleslaw, french fries, and grilled cheese sandwiches, a deceptively simple meatless meal that involved a lot of chopping and dicing and the buttering of at least two hundred slices of bread. He worked quickly and efficiently. He also helped serve the meals, which were delivered one plate at a time to the tables in the dining room. He avoided making direct eye contact with anyone, a tendency I took to mean he was shy. Soon enough I would learn that this matter of not making eye contact was a protective prison habit. He was definitely not shy.

With tattoos on the backs of both hands and one creeping above his collar, he certainly looked the part. After the oven was lit and the kitchen began to heat up, he rolled up his sleeves and there were more on both arms.

I like a tattoo, have liked them since long before they became a mainstream embellishment, no longer the radical or rebellious expression of outlaws and outsiders. Even Shane’s crude prison tattoos I didn’t find unattractive. Standing next to him at the sink, I could see a small teardrop tattooed just below his left eye. Much as I liked them, I was not then familiar with the language of tattoos. Nor, it seemed, were any of the other volunteers. Nobody mentioned it.

Excerpt from This Is Not My Life by Diane Schoemperlen ©2016. Published by HarperCollins Publishers Ltd. All rights reserved.