Doctors have told a commission looking into how more than 1,950 long-term care residents died during the pandemic’s first wave that many homes were directed to keep residents out of hospitals to ensure space for an expected wave of COVID-19 patients. The result was homes overwhelmed by COVID-19 outbreaks. “In the first wave we didn’t understand that the surge was happening in long-term care,” said Evelyn Williams, former president of Ontario Long-Term Care Clinicians. “There were empty beds in the hospital, and in the long-term care home, which was full, [they] could not actually look after everyone who was sick.”

A downtown Toronto mosque remained closed Monday night after receiving several threats made over the weekend. "These messages were extraordinarily violent," said Mustafa Farooq of the National Council of Muslims. "And that's why the mosque was shut down and remains shut down." Prime Minister Justin Trudeau and Toronto Mayor John Tory have condemned the threats, and police are investigating.

Award-winning science fiction author Robert Sawyer joins The Agenda to discuss his book The Oppenheimer Alternative — which covers an alternate scenario about how America developed the atomic bomb.

Audrey Hepburn won an Oscar for her role in Roman Holiday, her first major film, and went on to star in Breakfast at Tiffany’s and My Fair Lady. Her effortless beauty charmed millions. This documentary looks at her journey to become a beloved movie star and fashion icon.

Armed with pyrotechnics, lasers, and more, Michael von Kaitz patrols the waterfront to do his job for the city — scare Canada geese.

A recent lecture highlights what two cutting-edge scientific disciplines have in common.

TVO@50: In dialogue with the stars

Fifty years ago, a homegrown terror group launched a violent campaign for Quebec’s independence. The Agenda explores the roots of the October Crisis and examines its lasting emotional impact.

Over the years, more than 3,000 shipwrecks carrying cargoes of precious metal have been found on the ocean floor — and today, access to these riches is now within reach. Companies invest millions each month to comb the seas, but discovery is just the beginning. Who owns the spoils? Is it the nations whose territorial waters host the wreck, the countries originally plundered, or the public at large? 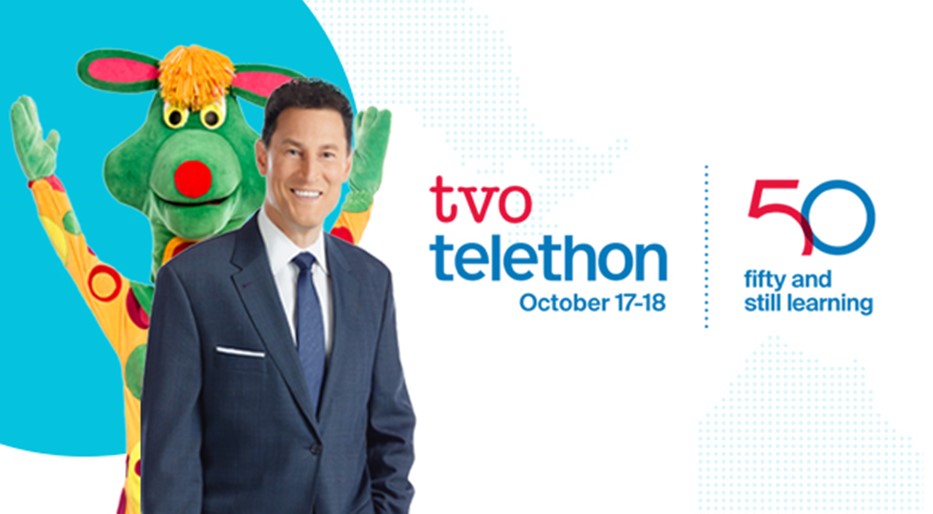 Plus, an interview with legendary TVO alum Martin Short, the premiere of TVO Original Margin of Error, and an Odd Squad marathon for the kids! Learn more.