A library for comic books, how the Kiwi accent came to be, and a late-night phone call from Doug Ford
By TVO Current Affairs - Published on May 7, 2019
iStock.com

Saskatchewan’s Court of Appeal has ruled that the federal carbon tax is legal. The court said the Greenhouse Gas Pollution Pricing Act “falls within the legislative authority of Parliament. It is not unconstitutional in whole or in part.” The Saskatchewan case was one attempt by provinces opposed to the carbon tax to have it rejected on legal grounds: Ontario’s Court of Appeal heard a similar case last month.

Toronto city staff estimate that provincial changes to child-care policy, including reduced funding and cost-sharing changes, will result in an $84.4-million shortfall for children’s services this year and jeopardize more than 6,000 daycare spaces for low-income parents. To underline the tension between city and province over this and other policy changes, Mayor John Tory told CBC Radio Friday that his relationship with Premier Doug Ford is “uneven, unpredictable, and volatile,” adding that the province’s rosier calculations on the impact of the child-care cuts are “a fabrication.”

A ‘surreal’ chat with the most powerful man in the province

The Toronto Star has an exclusive op-ed by Daniel Enright, who received a phone call from Doug Ford at 11:18 p.m. last week after texting the premier to complain about a friend in the public sector being laid off. While Enright says he got “a bit of a kick” out of the premier calling him personally, he says he found the experience unsettling. He found the premier surprisingly uninformed about high-profile decisions made by his government, such as cuts to Legal Aid and a popular tree-planting program. “In Ontario there are 14.2 million of us and our leaders can’t serve their constituents one at a time,” he wrote.

Earlier this week, Steve Paikin wrote about Ford’s penchant for returning constituent phone calls — and what that says about the premier’s unique strengths and weaknesses as a politician.

A family fight over vaccines goes to court

A father is taking his ex-wife to court to make sure their two sons get vaccinated. Toronto’s Arnaud Presti launched the case after a family law arbitrator sided with the mother’s decision to leave the kids unvaccinated, a decision Presti says was based on “pseudo-scientific evidence” about the dangers of vaccines. "The fact that both boys have already suffered whooping cough (a vaccine-preventable illness) and could be infected with measles just by standing in the same room as someone with measles is tremendously concerning to me," Presti’s affidavit says.

Word of the week

An area of flat land along a river or stream that is prone to flooding when water levels start to rise. Conservation authorities are typically responsible for mapping out such areas to help with emergency planning and for insurance purposes, but as TVO.org has reported, a chronic lack of funding has left many of those maps out of date.

The Agenda’s weekly review begins with a look at Ontario’s response to this year’s severe spring floods. Then: what if the traditional approach to politics and democracy was turned on its head? Kevin Chan, head of public policy for Facebook Canada, discusses the social media company’s approach to this fall’s federal election. Broadcast professionals also discuss how Canadian content is affected by digital mega-companies such as Spotify, Netflix, and Apple. And finally, why do women with young children have such a hard time competing in the business world? 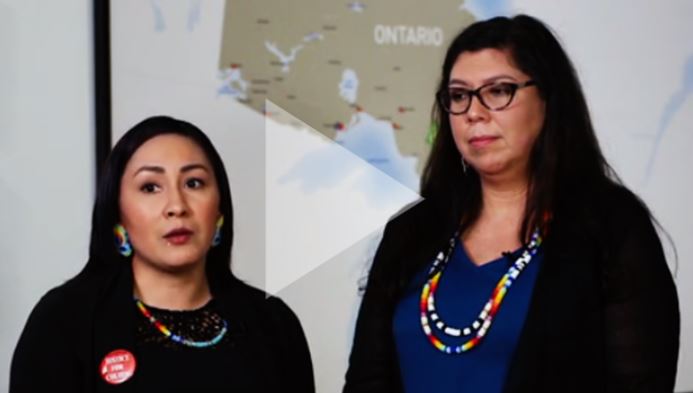 In 2016, 22-year-old Colten Boushie was shot in the head by Gerald Stanley, a Saskatchewan farmer. After a trial two years later, an all-white jury found Stanley not guilty of charges of second-degree murder and manslaughter in the killing of Boushie, a Cree man from Red Pheasant First Nation. The new documentary nîpawistamâsowin: We Will Stand Up follows how Boushie’s family navigated both this tragedy and a legal system historically structured against the interests of Indigenous people. In this short video, documentary director Tasha Hubbard and Jade Tootoosis, Boushie’s cousin, discuss the importance of Indigenous people telling their own stories. 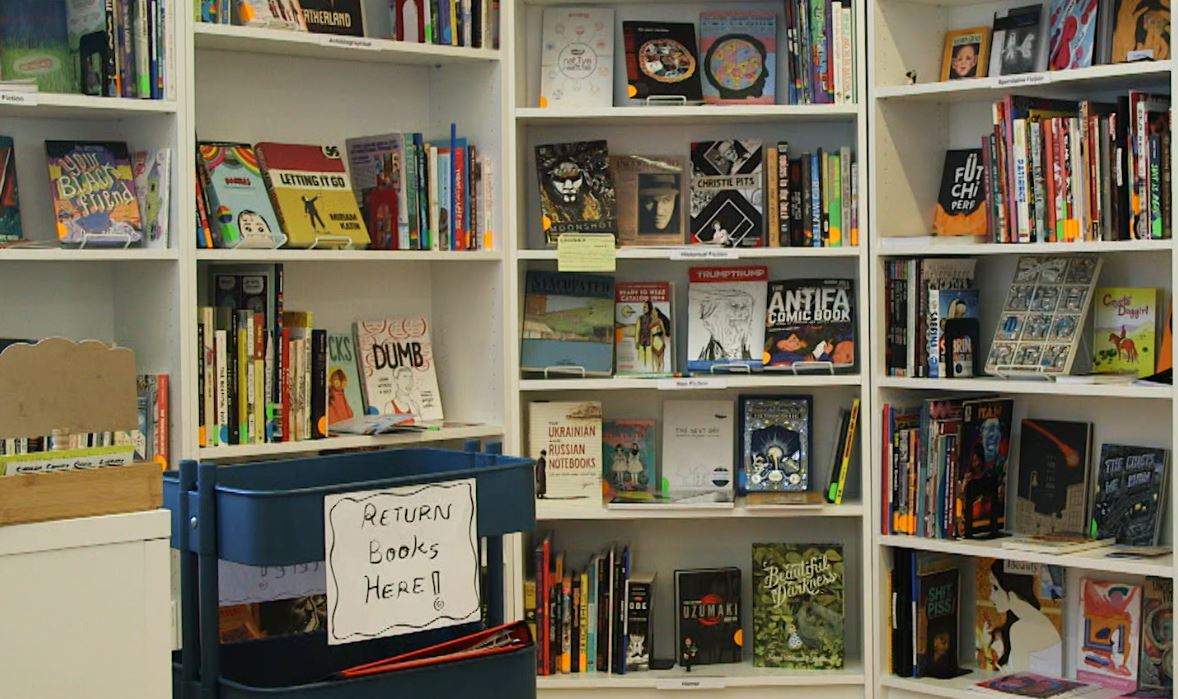 The new Canada Comics Open Library in Toronto is taking the genre out of the margins to showcase storytelling by subject and highlighting cartoonists from underrepresented backgrounds. “We want to be a resource for both cartoonists and for people who have never read comics before, either because of lack of access or because they’ve never seen themselves represented in comics before,” says Rotem Anna Diamant, founder of the non-profit.

Christchurch sits on a complex network of fault lines, leaving it particularly vulnerable to earthquakes, as was the devastating case in 2010. Geologist Hamish Campbell looks at the factors that continue to threaten New Zealand’s third-largest city. Meanwhile, marine biologist Jacky Guerts follows a quest to preserve the habitat of rare blue penguins, and historian Neil Oliver learns the origins of the peculiar New Zealand accent.

Singing isn’t just fun; it’s a major mental health boost. What better way to let off steam from working 18-hour, physically demanding jobs in the Alberta oil sands than trying your hand at karaoke? This documentary follows five workers in their quest to win a singing contest at a local bar — and hopefully make enough money to fuel their dreams of hitting it big in music.

Veteran animator Friz Freleng spent nearly a year working on Fantasia. The product of that year’s work: 15 seconds of footage in the 1940 classic film that is still considered to be one of the best animated features of all time. This Talking Film segment has Elwy Yost in conversation with Freleng and Chuck Jones, who brought to life classic Warner Bros. characters such as Bugs Bunny and Daffy Duck, about the gruelling discipline of traditional hand-drawn animation. 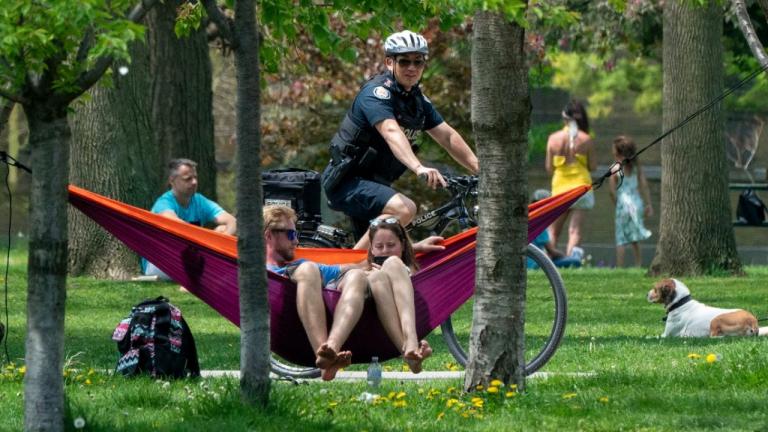 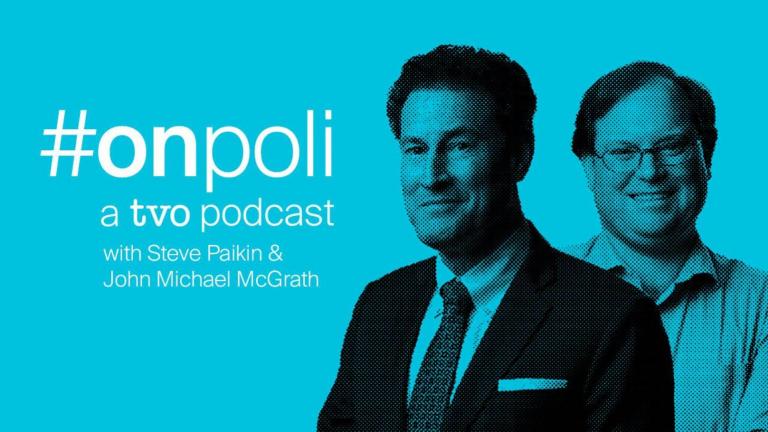