Trust issues: What Canada’s new government will face on immigration and systemic racism

The numbers show that Canadians are starkly divided when it comes to faith in government on these key election issues
By Brad Graham - Published on Sep 17, 2021
Protesters at an anti-racism rally in Toronto on June 6, 2020. (Chris Young/CP)

It measures the social-media engagement (activity) and sentiment (negative/positive) across an ideological spectrum of the Canadian population — far left (5 per cent), left (30 per cent), centre (30 per cent), right (30 per cent) and far right (5 per cent) — against what the Organisation for Economic Co-operation and Development has identified as “strong predictors of public trust”: responsiveness, reliability, integrity, openness, and fairness.

There are significant differences in terms of why ideological cohorts trust — or do not trust — government on important issues surrounding immigration and systemic racism.

For issues related to immigration, the negative sentiment from the left and far left is based on a belief that government does not do enough to support new Canadians. The far right, on the other hand, is negative on immigration and government because it believes that new Canadians get preferential treatment. 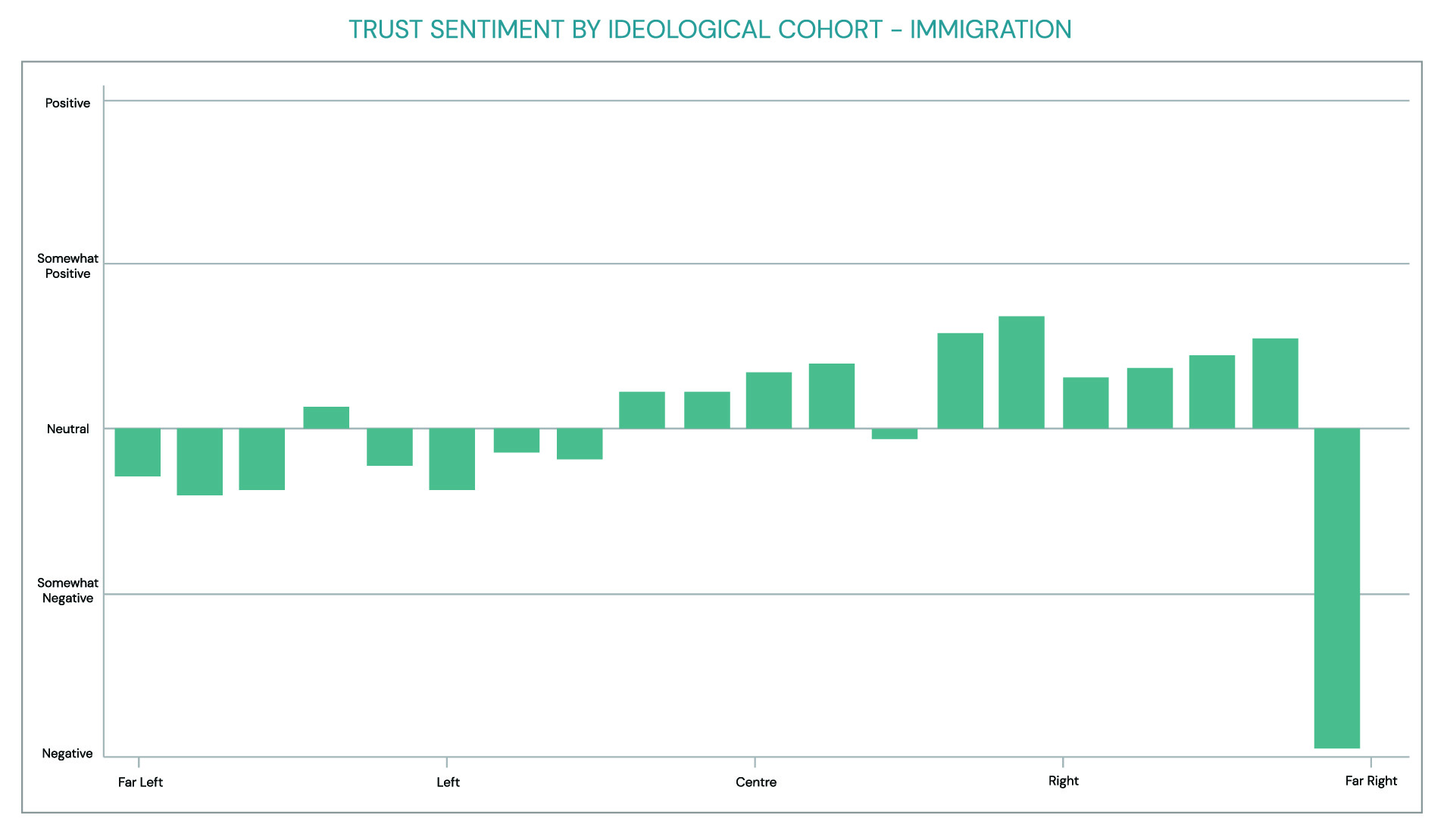 On the issue of systemic racism, while there is negative sentiment across the ideological spectrum, it exists for different reasons. The centre, left, and far left feel the government is not doing enough to combat systemic racism. The right tends to be defensive of Canadian institutions such as the RCMP. The far right views government help for marginalized Canadians as racist in itself.

Broadly speaking, the engagement and sentiments of all ideological cohorts reflect differing views of the role government should play on the issues of fairness and equity in Canadian society, a topic that was raised in the English-language leaders’ debate.

In a world that is becoming increasingly polarized, there is temptation for governments to develop “wedge solutions” that play to the sentiments of one ideological cohort while ignoring those of another. This strategy may work in the short term — by mobilizing a particular ideological cohort or a specific region of the country, for example — but in the long term, it will undermine trust in public institutions and democracy itself.

To work toward consensus on the issues of immigration and systemic racism and to build trust in government, a new government will need to address not only the different views of ideological cohorts on the ability of government to deal with them but also the specific reasons for their points of view. 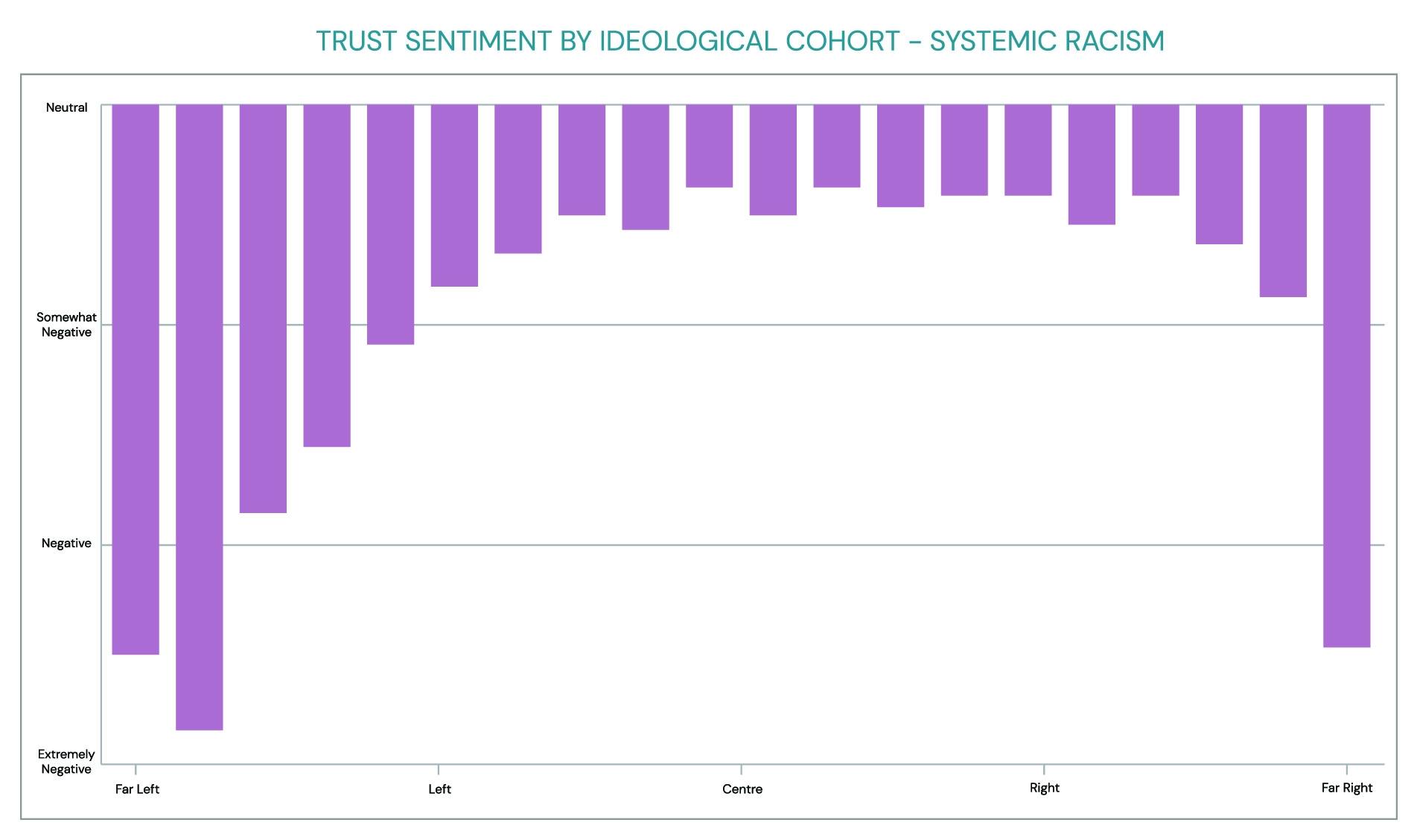 The strongly polarized views regarding government’s ability to deal with systemic racism also pose a challenge for a new government. Again, a national dialogue to build increased understanding of the impact of systemic racism on the effectiveness of our public institutions, such as the RCMP, could be used to develop a shared strategy for moving forward.

It is worth noting that such actions on both these issues would demonstrate that the new government is both open and responsive — two of the key OECD components of trust in government.