Trust issues: Any new government will have to reckon with the far right

ANALYSIS: Whichever party wins on September 20, it’ll need to deal with right-wing populism — and a belief that government institutions do not represent “real people”
By Brad Graham - Published on Sep 20, 2021
A protest against COVID-19 public-health measures in Toronto on September 11, 2021. (Chris Young/CP)

It measures the social-media engagement (activity) and sentiment (negative/positive) across an ideological spectrum of the Canadian population — far left (5 per cent), left (30 per cent), centre (30 per cent), right (30 per cent) and far right (5 per cent) — against what the Organisation for Economic Co-operation and Development has identified as “strong predictors of public trust”: responsiveness, reliability, integrity, openness, and fairness.

Overall, Canadians’ views on trust in government have been volatile over the course of the election. However, as the election has drawn to a close, trust has rebounded strongly, to 67 per cent.

No single issue has, on its own, moved the needle significantly. While a multitude of election promises were put forward and debates conducted, these did not move the trust needle. 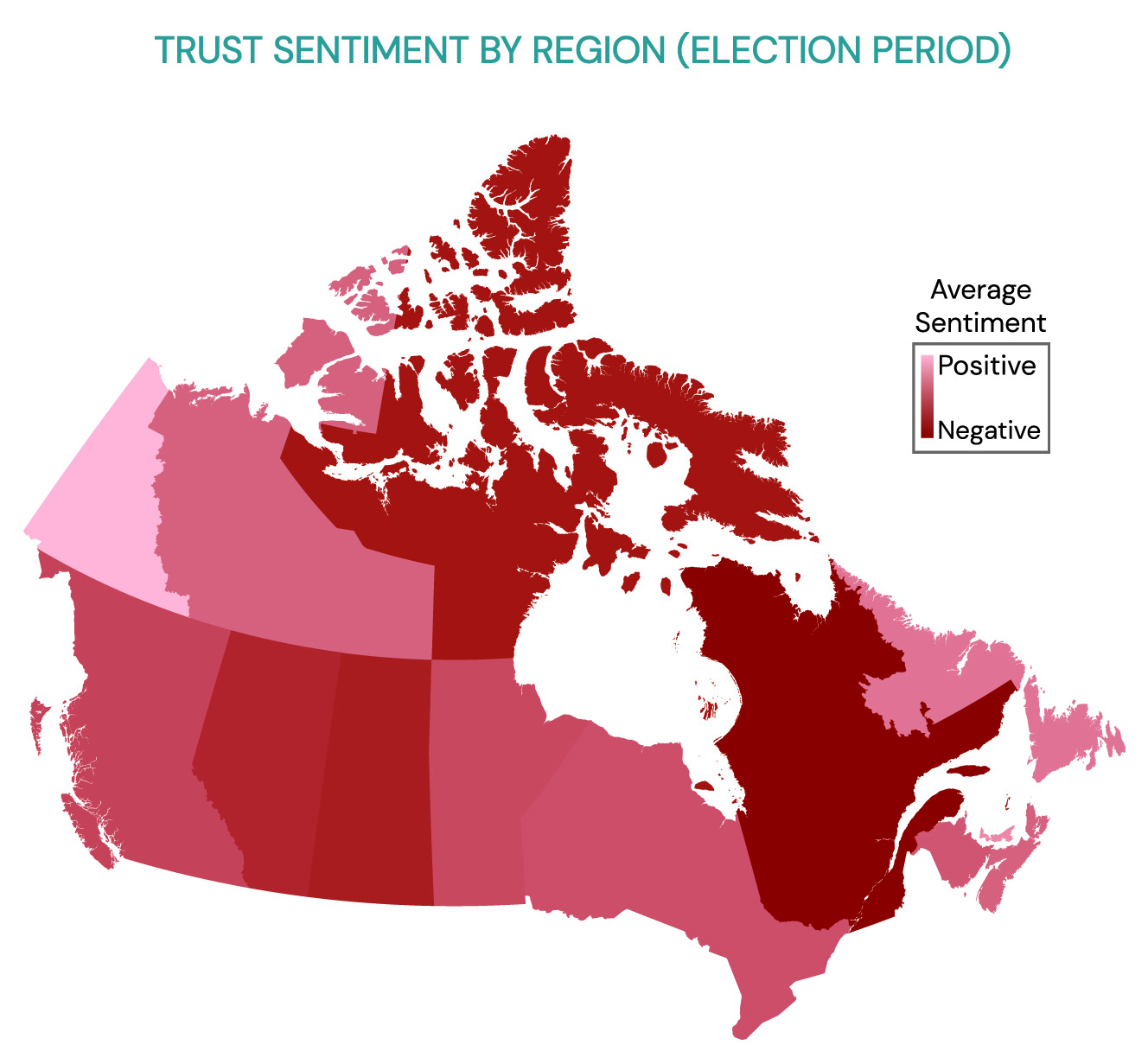 Trust in government by region has remained relatively stable, with higher levels of trust in the Atlantic region and lower levels in Quebec and the Western provinces.

During the election campaign, the 5 per cent on the far right has been consistently more negative than other ideological cohorts regarding trust in government, notably when it comes to the ability of public institutions to deal with significant issues such as climate change, systemic racism, and immigration.

The significant increase in trust toward the end of the election campaign is encouraging. It tells us that Canadians’ confidence in public institutions is relatively strong. In the immediate term, this suggests that Canadians have confidence that Elections Canada will have overseen a fair, open, and reliable election process — as they traditionally have — and that they will have no sympathy should the integrity of the election process be challenged, as happened in the United States.

It is worth noting that Quebec and Western Canada have the lowest levels of trust in government. While there are historic and cultural reasons for this, a new government will need to work to improve trust in all regions.

It is troubling that during this campaign there have been aggressive public demonstrations by the extreme right against political players and public hospitals. This ideological cohort has moved from social-media anger against public institutions to active and aggressive protests.

A new government will need to reflect upon the impact of the extreme right and what its lack of trust in government really means. This group strongly believes that government and its institutions are not responsive to their needs or open to their views. It has gained political visibility through the rise of the People’s Party of Canada during the campaign.

This ideological cohort’s populism, its belief that government institutions do not represent "real people," is doubly concerning given its social-media savvy and coverage in traditional media.

In pursuing its mandate, a new government will need to take seriously the concerns of those who have low trust in government and public institutions. It will need to engage them openly and respond to legitimate regional political pressures yet ensure that their influence on decision-making is not so disproportionate that it puts the federation and its democratic systems and institutions at risk.