Toronto needs more than a taskforce to change policing

By Michael Kempa - Published on Sep 28, 2016
Toronto's taskforce on police reform, through no fault of its own, is limited in scope, Michael Kempa writes. (Lars Hagberg/CP)

A bold attempt to reinvent policing in Toronto is underway.

A group of policing leaders and community activists was assembled earlier this year, under the name Toronto Transformational Taskforce, to suggest reforms for a police service critics say is bloated and has lost many citizens’ trust.

The taskforce has released an interim report with 24 recommendations to modernize the city's police service, and is spending the next month or so consulting with experts, stakeholders and members of the public on how to make policing more effective, and better engaged with local communities.

The taskforce deserves credit for addressing several important challenges, but it has also failed to tackle some key issues. What’s more, the taskforce is limited in its scope: some reforms that are crucial to improving police services can only be undertaken with leadership from Queen’s Park.

The taskforce is right to suggest the police service could become dramatically more efficient by eliminating all kinds of physical infrastructure (such as underused stations and other buildings, and reducing the number of patrol cars) that are no longer helpful. It is similarly right to recommend that police save money by handing over functions that the public police are not particularly good at (nor keen on) — a move that is long overdue. The taskforce’s call for better and more transparent business practices should be applauded — it is what we expect from all public agencies in this day and age.

It will also lead to much more effective policing. The idea is to get officers out on the street, interacting with members of the public and equipped with technology such as smartphones that are essentially mobile offices, allowing officers to tap into constantly improving databases stocked with information including patterns of criminality and suspicious behaviour that previous officers on the beat had already encountered, along with names of people and agencies that are available to help resolve certain kinds of issues that may benefit from non-police intervention. Community-based policing, so reconfigured, will do a lot more for crime prevention than the traditional model, or requiring the public to visit remote (and often intimidating) police stations to interact with officers.

Providing that information is collected from community members respectfully and without racial bias, this will amount to a major leap forward for policing, and police-community relations.

In keeping with this emphasis on cooperation, and to defuse mistrust and hostility, the taskforce has taken the important step of calling for the elimination of the Toronto Anti-Violence Intervention Strategy (TAVIS) — which featured an aggressive anti-gangs unit that community activists have accused of unfairly targeting people of colour. It wants the police force as a whole to accelerate its shift toward basing training and promotion on community policing and crime prevention. Teaching all officers (not just specialised units) to be effective problem solvers who can work with individuals and community agencies to be proactive rather than just reactive — and rewarding them for doing so — is the best way to get good people into the police service and keep them there for the long haul.

The taskforce has also called for a shift from a primary to a priority responder approach: Rather than sending the most skilled and specially trained officers out to every single call for service, police resources should be directed to wherever they are needed most. We don’t need skilled investigators standing guard at city construction sites or responding to minor thefts, essentially gathering information that will be more useful for insurance claims than in preventing or solving serious crimes.

Taken together, these ideas could help change the culture of policing by changing what the police do, and how they interact with the people they are meant to serve and protect. Where the public expects to be taken seriously and demands that the police focus on promoting safety rather than just cleaning up messes, any police officers who are stuck in the old ways will be forced to change, or be swamped by the innovators and early adopters in their ranks. In the process, these reforms will also hopefully save enough money to help ensure other municipal services do not suffer, at a time when an ever–increasing portion of local taxes is allocated to the police budget.

The report is an interim one, and as such is a work in progress. One area the taskforce would do well to consider more carefully is how to build in some flexibility when it comes to partnering with other agencies involved in community safety, such as private security agencies, community education and health centres, religious organizations and health care providers. The presumption in the interim report seems to be that the police force will lead these other agencies as the dominant organization. The taskforce needs to study a more holistic, less top-down approach, as some security needs are best met when others take the lead instead of police.

Similarly, the interim report pays only symbolic attention to the issue of police diversity. Officers and police services must reflect the communities they serve in order to earn confidence and respect. The report spends too little time discussing specific strategies to encourage all manner of Torontonians to pursue careers in law enforcement. Taking a look at outreach programs — most especially those that might work in some of the city’s most disadvantaged areas — and making sure that hiring criteria are fair, offer a rewarding career and prioritize individuals best able to carry out community-based policing, is vital.

Through no fault of its own, but of real concern, is the taskforce’s limited scope: it is focused on municipal policing, and examining only reforms that can be accomplished with municipal powers and resources. These limits necessarily give an incomplete picture of what needs to be done for robust policing reform.

The taskforce cannot, for instance, consider broader questions of how the police force is governed, which is an area of provincial jurisdiction. Police service boards require bold new powers and sufficient resources to not only oversee the administrative side of policing, but to ensure proposed community safety plans are sufficiently ambitious and resourced to attain their goals. A good step forward might be a name change — from police services boards to community safety boards, which would continue to act as the police’s civilian bosses, but also try to make sure that police partnerships serve the public interest. Thorough police reform must also address whether these bodies should be elected, as they now are in the United Kingdom, or continue to consist of a hodgepodge of municipal and provincial appointees. I think electing at least the chair of the board is worth serious consideration, as a means of encouraging independence without overly politicising police governance.

Making Toronto's police force leaner and more responsive will help it adapt to the new realities of multi-agency, community crime prevention — that much the taskforce has understood, and it is no small matter. Moreover, the best ideas in criminal justice reform tend to develop on the ground. If policing in Toronto is reformed in accordance with the taskforce's recommendations, this could help inform legislation for the broader provincial reforms we need as well.

Michael Kempa is an associate professor of criminology at the University of Ottawa.  He focuses on the politics of policing and how best scholars and journalists can collaborate in the public interest. He will be one among a group of scholars presenting ideas for the future of policing in Toronto at a special public meeting of academic stakeholders brought together by the Transformational Taskforce today at Ryerson University. 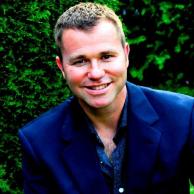 Michael Kempa is an associate professor of criminology at the University of Ottawa.  He focuses on the politics of policing and how best scholars and journalists can collaborate in the public interest.

Opinion
Why Doug Ford probably won’t regret expelling this rogue MPP
OPINION: After Roman Baber’s public anti-lockdown message, the premier kicked him out of the caucus — proving that at least some things are beyond the pale.
John Michael McGrath
Society
Is Trumpism Affecting Canadian Politics?

Opinion
Case numbers dropped this week. Is that a reason for optimism?
Matt Gurney