To get through COVID-19, Ontario will need more days like Thursday

OPINION: MPPs showed up for work this week for a brief but important meeting of the legislature — and showed what politicians can accomplish in a crisis
By John Michael McGrath - Published on Mar 20, 2020
NDP leader Andrea Horwath and Premier Doug Ford practise social distancing at Thursday’s emergency session at Queen’s Park. (John Michael McGrath)

If you look at it from one perspective, what happened at Queen’s Park on Thursday was a travesty. At an emergency session, all the usual procedural stages that legislation is normally supposed to follow were abandoned, the legislation itself was hastily thrown together in backroom negotiations that the public couldn’t see, and 100 MPPs were entirely absent (leaving the voters who sent them to the legislature without any meaningful input in an emergency). The legislative committees that do vital work in fine-tuning government legislation and collecting public input have been shut down for an indefinite period. The government will, for the most part, be able to use its broad spending and emergency powers without facing the scrutiny of a sitting house.

This is why nobody likes pedants: being fussy about the details can so easily mean you miss the fundamental importance of what’s going on.

What was fundamentally important about Thursday was that it served as an example of the extraordinary power that parliamentary governments can bring to bear in a crisis. With all-party consent, the government brought forward two pieces of legislation — granting workers unpaid leave for obeying public-health directives during a state of emergency, and allowing municipal councils to meet electronically — and passed them in less than 90 minutes.

And the government is not being draconian in the crisis. Members from each non-government party noted that, while they still aim to function as effective critics, they were grateful that the government had taken their advice to heart and included amendments and changes to the bills passed yesterday.

Liberal MPP John Fraser — who is effectively leading his party in the legislature, as Steven Del Duca doesn’t have a seat — put it succinctly: “It’s not business at usual out there, so it’s not business as usual in here.”

Ontarians have not always had reason to be proud of their legislators in the last two years, and, when the crisis ends, there will undoubtedly be days when we return to the normalcy of bad behaviour in the legislative assembly. After a long week, I almost — almost — yearn for the banality of stupid heckling and absurd standing ovations for nonsense.

But, on Thursday at least, MPPs from all parties did their constituents proud, and they weren’t alone. The legislative staff who keep the place running deserve our gratitude; some ushers — young people normally put to work managing visitors, of which there were none — were even pressed into duty, carrying documents and water to MPPs.

(Members didn’t take unnecessary health risks, despite the urgency. At one point, NDP leader Andrea Horwath approached Premier Doug Ford on the floor of the chamber for a quick chat — the kind of mundane interaction that happens all the time in a regular session — but the two were careful to keep their social-distancing game on point.)

Not every day in this emergency will be like Thursday. Inevitably, the knuckleheaded stuff will creep back into public affairs. Sometimes, it will even be welcome for a laugh. But it’s worth praising virtue when we see it, both for its own sake and because Ontario will need more days like this in the future.

Correction: An earlier version of this article misidentified ushers as pages. TVO.org regrets the error. 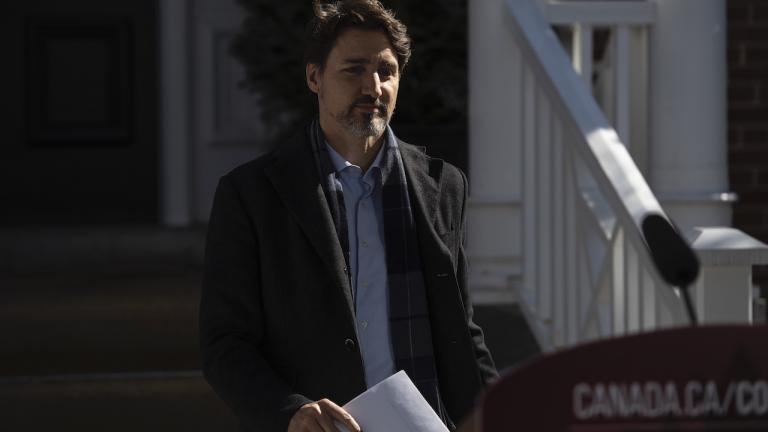