Until recently, the region had avoided widespread community transmission. So why does it now have the most active cases per 100,000 people in Ontario?
By Charnel Anderson - Published on Mar 18, 2021
Janet DeMille is the medical officer of health for the Thunder Bay District Health Unit. (Courtesy of Janet DeMille)

THUNDER BAY — In a video update posted on March 8, Janet DeMille, the medical officer of health for the Thunder Bay District Health Unit, said, “We are in the worst situation we have ever experienced so far in this pandemic” and warned residents that “COVID-19 is essentially everywhere.”

On March 12, the health unit reported 82 new cases — the second-largest single-day increase since the pandemic began — as well as the first of a yet-to-be-determined variant of concern. The next day, Thunder Bay Regional Health Sciences Centre announced an outbreak in its 1A Medicine unit and moved into lockdown. The hospital began transferring patients in intensive care to other hospitals in southern and eastern Ontario.

Until recently, northwestern Ontario had avoided widespread community transmission of COVID-19. The cases in the region had been largely concentrated in institutional outbreaks; one such outbreak claimed the lives of 23 residents at the Southbridge Roseview long-term-care home. Now the Thunder Bay region has the most active cases of COVID-19 per 100,000 people of any Ontario public-health unit.

The year started “with a couple of really unfortunate situations,” DeMille says, referring to outbreaks announced January 6 at the Thunder Bay Correctional Centre and the Thunder Bay District Jail (a century-old facility that’s faced significant problems with overcrowding and understaffing). By the time the outbreaks had been resolved — on February 20 and March 11, respectively — nearly 200 inmates and staff had contracted COVID-19.

The first confirmed case was discovered in an inmate who had been transferred from the jail to the correctional centre. “At that point, it was too late,” says Bill Hayes, a correctional officer at the jail and president of the Ontario Public Service Employees Union Local 737. “It’s like a petri dish.”

A spokesperson for the Ministry of the Solicitor General tells TVO.org via email that “over the last number of months, the ministry has made important operational changes across all provincial correctional facilities,” including “screening and testing all newly admitted inmates, with their consent” and “housing all newly admitted inmates in a separate area from the general population for 14 days.”

According to a February 6 class order from the health unit, “As of the end of the day on February 6 … 4 individuals recently released from the jail were considered active COVID-19 cases.” DeMille says it was “much harder” to conduct contact tracing for released inmates. “You can’t necessarily easily follow up with them.” A ministry spokesperson tells TVO.org via email that “participation in discharge planning is not mandatory” but that ministry staff are working with the health unit “to help connect discharged inmates, irrespective of their COVID status, with safe, stable, and appropriate settings to self-isolate for an appropriate period before integrating into the community.”

Five weeks after the outbreaks in the correctional facilities, the health unit declared an outbreak among people experiencing homelessness and those vulnerably housed. “It’s hard to know exactly whether the jail contributed to that outbreak,” says DeMille. “But it likely did.”

When DeMille spoke with the City of Thunder Bay and other partners about the outbreak, she says, they “really stepped up.”

Tracy Buckler, the outgoing president and CEO of St. Joseph’s Care Group, one of the organizations managing the city’s isolation shelters, says that there was a “real surge in demand” for spaces that correlated with the outbreaks. She notes that at one point, following the February 10 outbreak, there were as many as 132 people in two isolation facilities.

The health unit issued two class orders under Section 22 of the Ontario Health Protection and Promotion Act to enforce self-isolation and combat the spread of COVID-19. The first, issued February 6 (and rescinded after the jail outbreak was resolved), required inmates released from the jail to report directly to the city’s isolation shelter. The second, issued March 2, was aimed at enforcing self-isolation requirements among a broader group, including all area residents with confirmed or probable cases of COVID-19.

DeMille describes the class orders as “another tool to enforce isolation, if it came down to that.” However, she adds, she did hear reports of people leaving the isolation shelter before their 14-day quarantine was complete. “We will provide whatever support we can to encourage people to stay in the shelter for the length of time that they need to,” Buckler says. “Our intent is to provide the shelter and also to prevent community spread. If you treat people with respect and dignity, and if you have people in a safe place and provide the supports that they need, then, for the most part, people are going to stay and be respectful of that.”

The health unit is still “actively trying to manage” the outbreak among vulnerable people in Thunder Bay, says DeMille, emphasizing that it’s only one of a number of factors driving the high rate of cases in the region: for example, she’s heard anecdotal reports of people getting together for such events as kids’ birthday parties.

“We have a pretty good idea of what type of behaviours are responsible for most of the spread of the disease,” says Alain Simard, an immunologist and associate professor in the medical-sciences division of the Northern Ontario School of Medicine in Sudbury, speaking broadly of the situation in Thunder Bay. “What’s driving this pandemic, based on research, are our social behaviours … things like social gatherings, parties, dinners — that kind of thing.”

While the province has not designated Thunder Bay a COVID-19 hotspot, Health Minister Christine Elliott has said that the province will provide more doses of the Moderna vaccine.

“At the end of the day, people are going to need to be as careful as they can. The messaging, unfortunately, doesn’t change,” says Mayor Bill Mauro. “You have to get people to adhere to public-health guidelines. It is the only way this stops — short of having the vaccinations available in quantities sufficient to get our population immunized.” 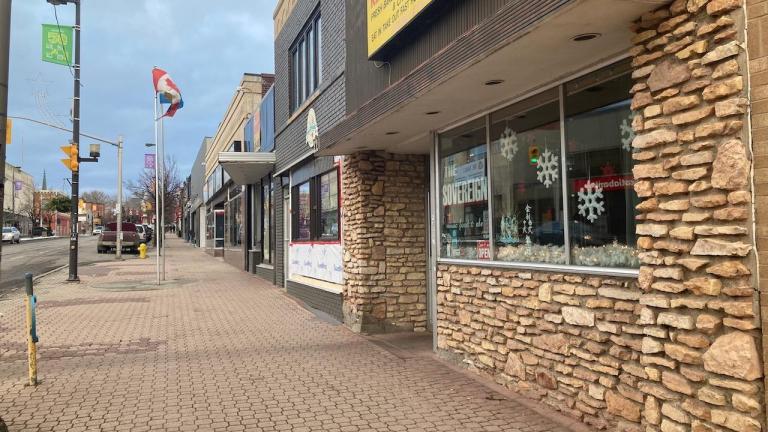