By Chantal Braganza - Published on Feb 08, 2016
Thousand Islands National Park is home to 25 per cent of the province's identified species-at-risk.

Over the decade he’s spent as an ecologist for Thousand Islands National Park, Josh Van Wieren has thought a lot about deerberry, a shrub-sized plant that sprouts tiny constellations of white flowers in the spring and blueberry-like fruit in the summer. Except perhaps to the deer who feast on it, it can appear a fairly mundane-looking plant, but it’s actually one of the national park’s highest operational priorities.

“We have 94 per cent of the country’s overall individual [deerberry] plants in the park,” says Van Wieren, noting that two much smaller colonies of the plant exist in the Niagara region. For reasons ecologists haven’t been able to pin down, the plant has been slowly disappearing from the sandy soil near Canada’s lakes and rivers. “If it disappears from the park,” he says, “it’s gone from the country.” 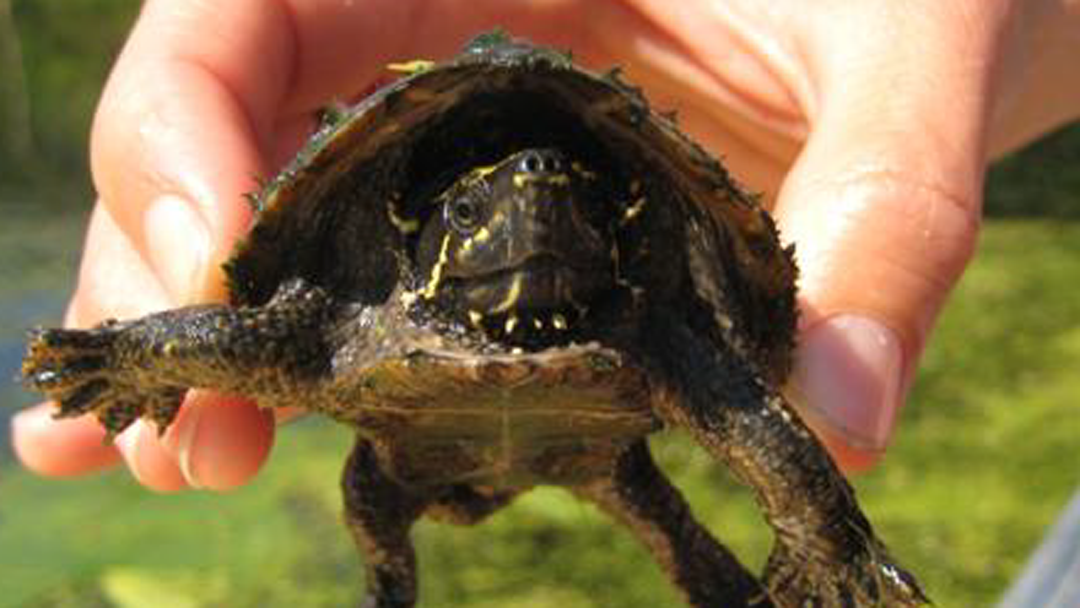 Thousand Islands National Park, and the Frontenac Arch that houses it, are home to a large number of plants, animals and insects in similarly precarious states of existence. Of Ontario’s identified species-at-risk, the area has 33 regularly occurring species (ones that live in the area year-round), eight migratory ones (mostly birds), and another 13 that have been spotted but never officially tracked, Van Wieren says. That’s 54 species of the province’s official list of 217—about 25 per cent.

The species are concentrated in large part because they all face a similar threat elsewhere: habitat loss from climate change or land development. The species are so varied because of the wide-ranging habitats that the area provides.

“The Frontenac Arch has been identified as a high-concentration area for rare and unusual species,” says Tanya Pulfer, who works as a conservation science manager at Ontario Nature and wrote conservation plans for the Ministry of Natural Resources. “Some species at risk that occur on the arch, their next closest occurrence is down on the Niagara. There’s a big gap between these two subpopulations between the province.”

The Niagara region is roughly 400 kilometres away by road.

The arch itself is a section of the Canadian Shield that intersects with the St. Lawrence to make a far-reaching crossroads of rock and river. This makes land and water migration between the two spots possible, and also provides a large variety of soil types and climate effects.

“It gives rise to unusual species that want the warmer climates, and also want slightly colder climates. It’s also why you get unusual plants that can’t handle the cold once you’re above Highway 7,” Pulfer says.

This varied landscape combined with the high concentration of species to watch makes conservation efforts in the area a more complicated process than in most Ontario regions.

For one thing, a list this long means certain species need to be prioritized, putting plants such as deerberry, and quite a few turtles and snakes, at the top. For example, the Blanding’s turtle, a yellow-chinned reptile with a smile-shaped beak, is tracked consistently because of its endangered status. The same goes for gray ratsnakes, which grow up to more than a half metre long and love to climb trees.

A second factor is the human element in both endangerment and conservation—two things that the province began to address more formally in 2008 when the Ontario Endangered Species Act came into force. Though the Ministry of Natural Resources has been identifying and tracking at-risk species in the province since 1994, this legislation introduced varying levels of official risk classification for species, along with voluntary stewardship programs that landowners, farmers and industrial sites can opt into to better support populations of endangered species on private property.

Another complication is the quick rise of invasive species, which also take advantage of the arch’s accessible migration corridors.

“It’s a concern everywhere in Canada, and particularly southern Ontario,” says Don Ross, chair of the Frontenac Arch Biosphere Network. “A lot of those weedy-type species find their way east and west along the [Highway] 401 corridor.”

Plants such as dog-strangling vine, for example, are thought to be a factor in the monarch butterfly decline in the area. “There’s some evidence that the butterflies mistake it for their native milkweed, but it’s toxic to them,” Ross says.

“It shows the species we’ve ranked higher in terms of what we can do for them, and in that action plan we list out close to 50 different actions that we can do on our own, in our control, or things we’d like to do with partners. It’s also got some of the monitoring objectives for the species we can track.” The plan was submitted to Parks Canada last summer; Van Wieren expects it to receive full approval by the end of this year.

Read more: TVO On The Road: The Thousand Islands Parkway.