If you’re a political junkie and the theatre of question period just isn’t enough for you, you’ve been lucky to have been offered some great television dramas over the past many years.

The West Wing. A Very British Coup. House of Cards (both the British and the American versions). Borgen. John Adams. The Good Wife. They’re clever, well-written, and, on their best days, remind us what we love about politics.

Let me add another title to that list: The Minister. The Icelandic show aired on TVO several months ago, but I’ve only now just started catching up. I’m just two episodes in (out of eight in total) and, already, I love it.

Here’s the premise. The first episode opens at the leaders’ debate just before a national election. One of the leaders, who’s new to politics and clearly not interested in following the conventional wisdom, throws down the gauntlet: he’ll agree to form a coalition government with another party only if that coalition secures the majority of votes. And then comes the kicker: he’s also insisting that voter turnout must reach 90 per cent. If it doesn’t, he won’t assume the prime ministership even if he wins the most votes.

Iceland becomes enthralled with this seemingly ridiculous commitment to democratic participation. The backroom advisers think the leader foolish for raising the bar for victory so high. He’s already in the lead. He was heading toward victory. Why did he have to complicate matters?

But this candidate — who appears heavy-set and rumpled, like an unmade bed — is fresh and new. There’s absolutely nothing about him that suggests the spin doctors have gotten to him. He’s so different, so real.

I don’t know anything about Icelandic politics other than that the country is a parliamentary republic (a house of commons, plus a president who acts like our governor general). But this show suggests that party platforms are worked out behind closed doors by party apparatchiks who make the necessary trade-offs to ensure enough coalition support to form a government. The result is often a contradictory mess of pablum that is designed to get buy-in from disparate parties but that ultimately stands for nothing.

This maverick leader will have none of that. He tells the country that his party’s platform will be written by Iceland’s citizens on Twitter. He wants people to tweet out ideas. Whichever policies get the most retweets will make it into the party platform.

Once again, conventional-thinking political observers scoff at the idea. “This is nonsense,” says another party leader. “The internet can’t run the country.” The political pros have no idea how to counteract someone who is so transparent and without political subterfuge. He’s got no ulterior motives or guile. Power for power’s sake just isn’t part of his DNA.

People are then astonished at how the public turns on to the Twitter idea. Yes, some ideas are plain wacky (“Let’s make Björk the national tree of Iceland”). But others inspire millions of retweets in a country whose population is about half the size of Hamilton’s.

“Let’s create a new constitution,” tweets one person. “Let’s spend more money on health care,” tweets another. “Let’s ban whaling,” adds a third. The incumbent prime minister just can’t get his head around it. “The government isn’t running the country,” he says. “Tweeting nerds with computers are.”

But the challenger isn’t backing down. “We’re trying to bring politics to a higher level,” he insists.

I won’t spoil any more plot twists or turns. Suffice it to say, the new leader provokes a level of democratic engagement from the population that would warm even the most cynical heart. It also can’t help but prompt those of us who watch politics for a living to ask whether any of these ideas would actually work in the real world.

Voter turnout has been an appalling problem in Ontario for decades. Even in the last election, in 2018, when the choices were stark (Doug Ford vs. Kathleen Wynne vs. Andrea Horwath vs. Mike Schreiner), only 57 per cent of Ontarians bothered to vote. Those of us who follow politics carefully know there are significant differences among the leaders and their parties. But the explanation I hear most often for why people don’t vote is that “they’re all the same.”

The Minister makes us wonder (albeit in a fictitious context) whether a genuinely different kind of political leader could prompt significantly more democratic engagement. We know the answer to that is yes just by looking at the last American presidential election. The winner, Joe Biden, garnered more votes than any previous presidential candidate — and so did the loser, Donald Trump.

However, in the U.S. campaign, fear and hatred seemed to be what got many people to the polls to vote. The Minister shows us the opposite side of that coin — that people can be inspired to vote not just against something they despise, but also for something good and noble.

I don’t know where the next episodes of The Minister are going to take us. But I’ll tell you this: I can’t wait to find out.

Correction: An earlier version of this article incorrectly stated that there are seven episodes of The Minister. In fact, there are eight. TVO.org regrets the error.

Watch The Minister online at TVO.org. 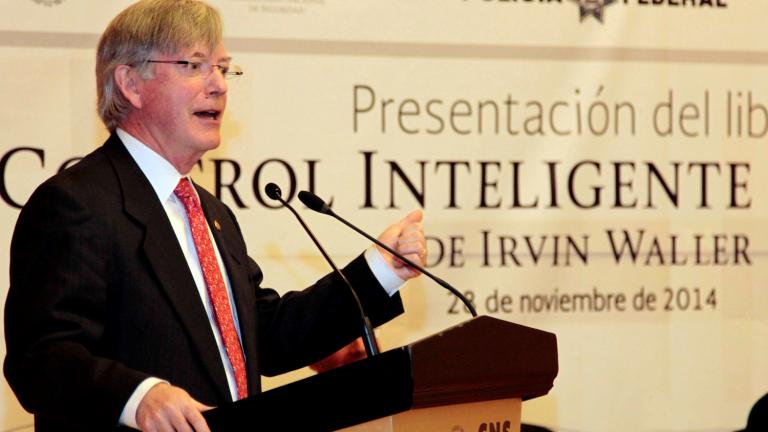