OPINION: Many Canadians don’t have a little plastic jug with bagged milk in their fridge. New research suggests they should
By Mary Anne White - Published on Nov 25, 2021
DuPont introduced milk bags made of thin polyethylene plastic in Canada in 1967. (Jamesmcq24/iStock)

Mary Anne White is a professor emerita at Dalhousie University's Department of Chemistry.

If you are a typical Canadian milk consumer, you probably drink more than 60 litres of milk a year. That adds up to about 2 billion milk containers purchased in Canada annually.

How that milk is packaged depends on where you are, and new research shows that one type of milk container is best for the environment.

Milk comes in an unusually wide array of packaging. In Canada, the most common milk containers are rigid high-density polyethylene jugs, plastic-laminated paper cartons, and “pillow pouches,” which are better known as milk bags. Reusable glass bottles are rare, and that’s good, since they have the highest global-warming potential of all beverage containers.

My colleagues and I – chemists and physicists who work in materials research and energy storage — were interested in consumer issues related to sustainability. We recently assessed the environmental impacts of milk jugs, cartons, and bags in Toronto and Halifax and found that milk bags were the most environmentally friendly option.

According to a 2010 report by the Food and Agricultural Organization of the United Nations, most milk containers sold in North America are jugs (68 per cent), followed by cartons (24 per cent) and bags (7 per cent). Bags dominate in countries in Mediterranean African (72 per cent) and the former Soviet Union (54 per cent).

The American chemical company DuPont introduced milk bags made of thin polyethylene plastic in Canada in 1967. The innovation took off in the 1970s, when Canada converted to the metric system, because their volume could be modified more easily than cartons or jugs.

Our study was a life-cycle assessment of a wide variety of milk containers — the types and sizes that consumers in Toronto and Halifax were likely to encounter. We evaluated the energy inputs, greenhouse-gas emissions, and water consumed to produce, transport, and dispose of the containers.

We found the greatest energy consumption and greenhouse-gas emissions came from the production of plastic polymers and paper, much more than from transportation and material processing or disposal. These polymers are found in milk jugs, screw caps, the laminate of cartons, and milk bags and their tags; the paper is part of the carton.

In both locations, milk bags, per litre of milk,  require less energy and water and produce less greenhouse gas than jugs or cartons do. This is mainly because milk bags weigh only 20 to 30 per cent as much as the jugs or cartons for the same volume.

Even when milk bags are disposed in a landfill or incinerated — and jugs or cartons are fully recycled — bags have the lowest environmental impact.

Our investigation neglected several small matters, including the materials and processes associated with labelling, such as inks and printing. We also excluded the jug that’s needed to hold the milk bag when it’s being used. Another study showed that the impact of that supporting jug is small and, in my experience, these jugs can last several years. A major matter our study ignored is the impact of the various milk containers on ocean and marine life.

The results of our study were validated by comparison with earlier investigations in the United Kingdom and several other countries. Our energy consumption and greenhouse-gas emissions calculations were consistent with theirs.

Container production, processing, and transport uses a lot of water, but a considerable amount of water is recouped by recycling. The net water consumption is the small difference between these large numbers and is therefore not very certain. However, we did find that cartons use an extreme volume of water: nearly 20 litres of water are needed to produce the paper carton for each litre of milk.

An insight gained from our international comparison is that the energy consumed by milk bags in the U.K. was almost four times our result, because the milk bags used in the U.K. are transported from Canada. This finding highlights the importance of location in a life-cycle assessment. However, our results were essentially the same for Toronto and Halifax, indicating that the lowest impact for milk bags would pertain to any location in southern Canada.

That is, milk bags would have the least impact of any milk container for Canadian consumers, if everyone could buy them. Milk bags are not presently available in Western Canada. The use of milk bags in Western Canada could save up to 5,000 tonnes of plastic annually.

With this new information, will consumers swing over to milk bags? Bagged milk is sold only in four-litre allotments in Canada, which may be too much for some consumers, leading to unconsumed or spoiled milk. This would wipe out any environmental benefits.

Stand-alone one-litre milk pouches are now available in Germany. While these are heavier than our bags, they would still be better than jugs or cartons.

The environmental impact of milk waste is even greater than its packaging. In the U.S., milk accounts for about 13 per cent of food waste, and consumer milk waste produces about 10 million tonnes of carbon dioxide-equivalent emissions annually.

Canada aims to ban single-use plastic by 2030, but it’s unclear whether milk containers would be included in the ban. Our analysis suggests plastic components remain the best option for low-waste milk containment.

If an average Canadian household switched from jugs or cartons to bags, the weekly energy savings would be equivalent to one load of laundry in a clothes dryer. For those who are concerned with the environment, it’s a start. 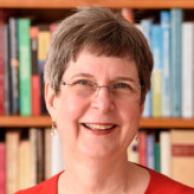