‘There's so much fear’: Toronto renters worried about eviction during COVID-19

The pandemic has brought rents down, but not for everyone. The city remains unaffordable for many, and experts say government support is critical to avoiding a larger crisis
By Sula Greene - Published on Sep 24, 2020
In July, the average rent in the Greater Toronto Area was down 8.7 per cent compared with the beginning of the year. (iStock/dcsliminky)

The COVID-19 pandemic has achieved something that, at the start of the year, seemed nearly impossible: it brought down the cost of rent in Toronto.

But, while that may be good news for some, residents with lower incomes, who were increasingly priced out of the city’s red-hot housing market pre-pandemic, are largely unable to benefit from the cooldown — and they’re facing a new set of challenges.

“The rental market is actually seeing some softness,” says Benjamin Tal, deputy chief economist at CIBC. “Rent in Toronto is now falling by 10 per cent from really elevated levels. This is something we haven’t seen in a long time.” According to the latest report from TorontoRentals.com and Bullpen Research and Consulting, the average rent in the Greater Toronto Area fell for eight consecutive months — in July, it was down 8.7 per cent compared with the beginning of the year.

The drop, says Tal, is thanks largely to restrictions on short-term rentals, which forced the conversion of AirBnb properties into long-term rentals, and less demand: immigration systems ground largely to a halt, and fewer non-permanent residents, including students, needed to find places to live.

Such conditions likely won’t last. A recent report by Urbanation for the Federation of Rental-Housing Providers of Ontario concluded that the Greater Toronto Area needs 200,000 units to remedy its existing supply shortage. “While COVID-19 has taken a toll on the economy, pre-pandemic demand pressure will return once the economy rebounds and borders reopen, which renders this supply gap unavoidable,” the report says.

But rent isn’t going down across the board. “[Rent] is falling more among more expensive units,” Tal says. According to the Torontorentals.com report, “When breaking down the data by property type, municipality, neighbourhood, and project, conflicting results arise. Rental apartment rents are up two per cent annually on average, while average condo rents are down 10 per cent annually.”

Alejandra Ruiz Vargas, of the Association of Community Organizations for Reform Now, says that low- and middle-income families aren’t seeing a rent decrease. “Low-income tenants like us that are living in Scarborough, Etobicoke, or Jane and Finch haven't seen our rents drop — actually, ACORN members are seeing their rents increase.”

Tenant advocates, such as Vargas, say that the province’s Bill 184, the Protecting Tenants and Strengthening Community Housing Act, which received royal assent on July 21, is only making matters worse. The bill allows landlords and tenants to enter into repayment agreements — wherein both parties agree on a schedule for renters to pay arrears. Advocates say landlords could use such agreements to obtain an eviction order without notice and without a hearing at the Landlord and Tenant Board. The bill’s passing coincided with the lifting of an eviction ban, which was introduced in March, and Vargas worries that that will result in a wave of mass evictions at a time of heightened financial insecurity. “There's so much fear among tenants,” she says. “It has stripped tenants of all the rights we have fought so hard for. It's given even more power to landlords by making it easier to evict us."

According to Minister of Municipal Affairs and Housing Steve Clark, the bill creates more avenues for communication between landlords and tenants. “My belief is it provided increased and enhanced protections for both landlords and tenants,” he says, adding that the legislation does not allow landlords to bypass the LTB: “Tenants can still choose to have the landlord’s application heard by the board. What did change was the opportunity for a conversation around this alternate dispute resolution method to try to keep people housed.”

Eviction trends were a concern pre-pandemic. An August report by the Wellesley Institute found that, between 2010 and 2018, certain neighbourhoods had eviction rates four times higher than the rest of Toronto, and low-income renters were 2.5 times more likely to be evicted even after controlling for age, gender, and immigrant status. Black renter households were also more likely to be evicted, even when controlling for poverty. COVID-19, though, has compounded the problem, the study concludes: “The pandemic and recession have increased the risk of mass arrears and evictions. If left unaddressed by policy and program change, we could expect significant health and economic fallout.”

On September 17, the government introduced the Helping Tenants and Small Businesses Act, which would, if passed, mean a rent freeze next year for those who’ve lived in the same place since before November 2018 — or roughly 1.6 million households across Ontario. “We believe that Ontario tenants that are financially impacted by COVID-19 shouldn’t have to worry about rent increases in 2021,” says Clark.

But advocacy groups and experts say this is not enough. “A rent freeze is positive, but so many ACORN members are on the verge of being evicted,” Vargas says. “So the percentage of people helped by a freeze is minimal compared to the huge amount that need extra financial support.”

Diana Petramala, senior economist at the Centre for Urban Research and Land Development at Ryerson University, in Toronto, says that additional government assistance will be vital: “There’s going to be a lot more income support needed for renters — particularly because renters are of the income group that’s hardest hit by the pandemic: service-based, minimum-wage workers.” And, she adds, the city needs purpose-built rental units — not more condos. “Supply is a really important factor in keeping rent affordable in a city,” she says. “We would argue that there are too many condos, too much density in small pockets of the city.”

Tal agrees that housing supply must be increased. “The only solution to the rental market from a long-term perspective is more supply,” he says. “We are in an affordability crisis.” Indeed, in 2018, 47 per cent of Toronto renters spent more than 30 per cent of their income on housing.

Programs such as the Canada Emergency Response Benefit, he says, have thus far helped stave off large-scale disaster: “Non-pay per cent has been relatively low during the crisis and even now. This is largely due to government money. The question is how long that will last after the government money is not available anymore.”

In his view, the shorter-term outlook is not promising — and that means ongoing assistance will be critical. “The situation will not improve economically. In fact, it might get worse over the next six months,” he says. “Government support is essential in keeping rent payment alive.” 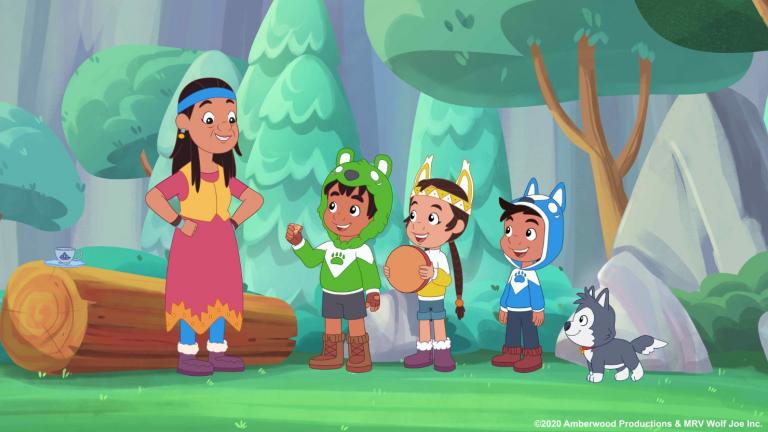 Indigenous Stories
How ‘Wolf Joe’ teaches children Anishinaabe values
TVO.org speaks with Chuck Clément, one of the producers behind the Indigenous animated series airing on TVOKids, about bringing lessons from the Seven Sacred Teachings to the screen.
Daniel Kitts