The year the UFOs came to power in Ontario

In the 1919 provincial election, a protest vote resulted in a crushing loss for the Conservatives — and an unexpected victory for the United Farmers of Ontario
By Jamie Bradburn - Published on May 03, 2018
Editorial cartoon from the Toronto World, October 23, 1919

​This is the second in a series of articles detailing the elections that shaped Ontario.

​Journalist John Willison once remarked of Ontario’s 1919 general election, “There could not have been a worse time for a general election.” It certainly couldn’t have been held at a worse time for Premier William Hearst, who was dealing with a political world turned upside-down. When voters went to the polls on October 20, 1919, they expressed pent-up frustrations that, coupled with the general political and social upheaval that followed the First World War, made Hearst’s Conservatives the first party in Ontario history to fall from power to third place.

The angriest were rural Ontarians who felt their concerns were being ignored by the federal and provincial governments. They resented the businessmen and lawyers who filled both legislatures and supported protectionist tariffs that prioritized industry over agriculture, and the journalists who adopted condescending attitudes. They hated the fact that cities lured bright, ambitious young people away from farms and small towns.

Rural activists found a voice through the United Farmers of Ontario (UFO). While its chapters, known as clubs, promoted discussions of new farming technologies, they also provided its membership with an avenue for political action. Hearst declined an invitation to address its 1917 general convention, while Prime Minister Robert Borden denied a request from UFO to speak to Parliament. Farmers felt betrayed when, in 1918, the federal government reneged on a promise to exempt farm labourers from conscription, a change of course Hearst backed.

When Beniah Bowman ran as a farmer candidate in a provincial by-election on Manitoulin Island in October 1918, Hearst attacked the validity of his campaign. “He has no right to seek to be a lawmaker at a time when the very foundations of liberty are tottering,” he declared. “By what right should this man seek to make the laws of the land and leave it to you and your sons to fight and perchance to die to defend these laws?” Insulted farmers disagreed and elected Bowman. 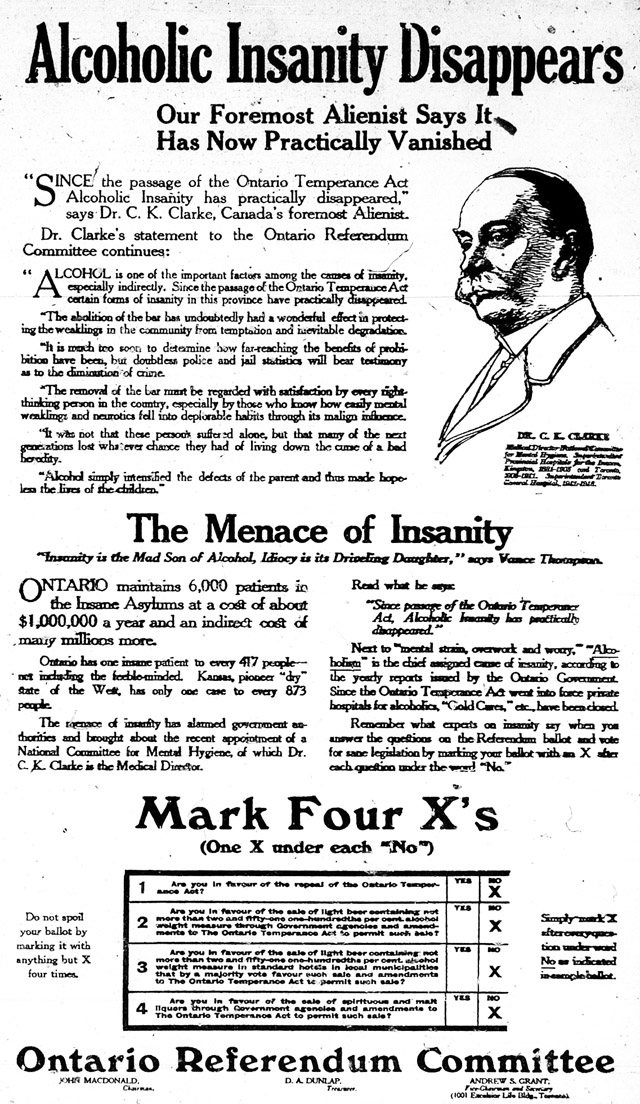 Hearst’s attack was characteristic: an ultra-imperialist, he believed that provincial matters should be subordinated to the war effort. After his appointment as premier following the death of James Pliny Whitney in 1914, Conservatives had grumbled about his leadership skills. “He was a shy man,” notes historian Brian D. Tennyson, “who gave the impression of being aloof, a devout Methodist who gave the impression of being an Anglo-Saxon bigot.” Hearst’s progressive policies — an eight-hour working day for miners, improved workers’ compensation, investments in major public hydro projects — alienated the business community. He fought with Adam Beck, the powerful chair of the Ontario Hydro-Electric Commission, especially when Hearst insisted that the system would have to endure wartime funding cuts. His enthusiasm for the Ontario Temperance Act, while pleasing to rural supporters, was felt by pro-alcohol “wets” within the party to be a potential problem for urban voters who enjoyed a drink.

The provincial Liberals were as badly divided as the Conservatives. The party had split after Borden lured leader Newton Rowell into the Unionist coalition prior to the 1917 federal election. The provincial wing was divided into two main groups: supporters of Rowell and his anointed successor William Proudfoot (pro-conscription and prohibition) and supporters of Toronto Southwest legislator Hartley Dewart (anti-conscription and unenthusiastic about prohibition). When Dewart became leader in June 1919, he was disowned by many of the party’s traditional press supporters — Rowell referred to him as the “rising hope of the organized liquor traffic.”

As the UFO didn’t trust the traditional parties — dismissing them at one meeting as “eggsuckers” — it developed its own political platform, recommending direct-democracy measures such as referendums and recalls, promoting the co-operative movement, advocating proportional representation, and supporting the Ontario Temperance Act. Party leaders, especially secretary-treasurer J.J. Morrison, wanted the UFO to avoid becoming just another corrupt political party. They hoped, not that UFO legislators would form the government, but that they would be able to pressure the Conservatives and Liberals on rural issues and create a less partisan legislature in which all parties could work together in the public interest. To underline their advocacy role, the UFO ran without a party leader.

The UFO determined nominations and campaign fundraising at the local club level. It had no shortage of resources: membership grew from 200 clubs and 8,000 members in early 1917 to 1,130 clubs and 48,000 members by the end of 1919. Party administrators suggested that candidates represent traditional political leanings in each riding, as it made little sense for traditional Conservatives to suddenly back a former Liberal, and vice versa.

Only the Conservatives ran a full slate of candidates across Ontario. The UFO concentrated their efforts in 64 of 111 ridings. On the advice of new federal Liberal leader William Lyon Mackenzie King, Dewart avoided running against the UFO wherever possible, contesting only 70 ridings. A fourth party, the Independent Labour Party (ILP), had views similar to the UFO’s on issues like political corruption, government waste, and war profiteering, but it also supported shorter work weeks, higher wages, and relaxed liquor laws. In some ridings, candidates ran on a combined “Farmer-Labour” ticket.

To save money, Hearst held the election the same day as an already-scheduled referendum on the Ontario Temperance Act. Four questions were put to voters regarding revisions to the act, ranging from allowing the sale of low-alcohol beer via government agencies, to full repeal. Both sides campaigned furiously, producing ads full of hyperbole and sketchy claims. All four suggestions were rejected.

In 1917, Ontario had granted most women the right to vote provincially — the 1919 election represented their first chance to go to the polls. When women’s suffrage had first passed, Hearst had told the legislature that he thought “votes for women will not have the effect on public life and laws of the country for good that enthusiasts of that policy advocate.” Perhaps he was anticipating his own political fortunes: especially in rural areas, women voting for temperance also expressed their frustration with Hearst’s government.

Two female candidates stood for office: Justerna Sears, who ran independently in Ottawa West, and Henrietta Bundy, who represented the Liberals in Toronto Northeast. Both were unsuccessful. Bundy promised to support temperance, raise teacher salaries, and fight for pay equity more generally. Her political affiliation earned the wrath of the Dewart-hating Evening Telegram, whose editorial page screamed in all caps that a vote for Bundy was “NOT A VOTE FOR A WOMAN BUT A VOTE FOR A MAN.”

Nobody was prepared for the final results. The Conservatives collapsed into third place, falling from the 84 seats it had won in 1914 to just 25. Hearst was defeated by the ILP in Sault Ste. Marie, while only four of his 10 cabinet ministers (including future 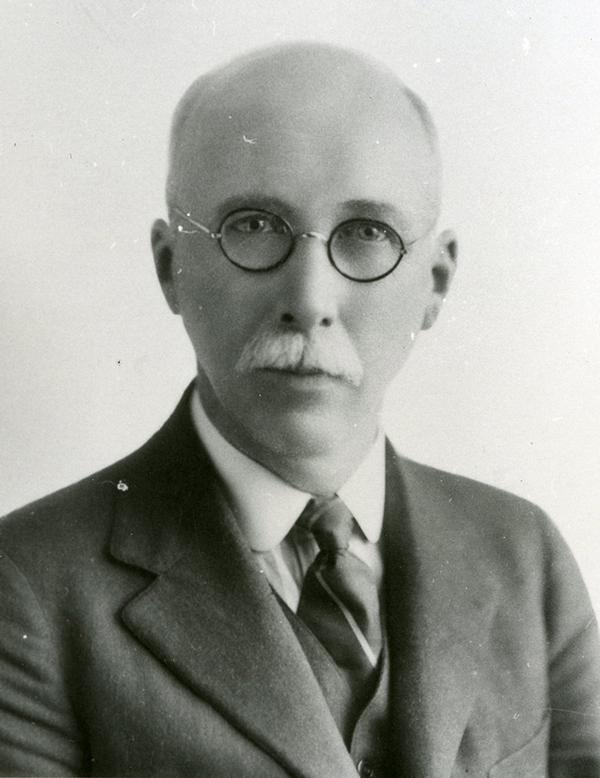 premiers Howard Ferguson and George Henry) survived. The Liberals won 29, including a shocking majority of seats in Tory Toronto. The ILP earned 11 victories.

The UFO faced a dilemma. It hadn’t sought power but ended up winning 45 seats. Morrison was horrified, fearing the movement would be corrupted. Over the next two weeks, UFO leaders weighed their options. An official statement from Morrison on October 22 rejected an official alliance with either the Conservatives or Liberals, but indicated that the new UFO legislators would “assume the fullest share of responsibility and form a Government in co-operation with such members of other parties as are in sympathy with their platform and principles and are free to give support thereto.”

The party approached several prominent figures about serving as premier — notably, Beck, who had lost his independent run in London. Morrison rejected the offer, preferring to pursue his purist vision of the farmer movement by remaining a backroom kingmaker. The job went to Ernest C. Drury, a farmer from Crown Hill near Barrie. A founding member of the UFO, Drury hadn’t run in the election, although he had supported candidates during a two-week speaking tour. “May we not hope that this political movement,” he stated after accepting his new role, “which has begun as a class movement, representing farmers and labour, may be expanded and broaden out until it embraces citizens of all classes and occupations and becomes indeed a People’s Party.”

To achieve a majority, the UFO formed an alliance with the ILP. Some key cabinet roles were filled by people who belonged neither to the ILP nor the UFO, such as Attorney General William Raney, who was associated with the Liberals. The UFO-led government, which was plagued by divisions and scandal, lasted until 1923, when it was defeated by the Conservatives.

The forces unleashed by the 1919 Ontario election reverberated across the country during the early ’20s. Farmer movements rose to power in Alberta in 1921 and in Manitoba in 1922. Federally, agrarian protest and the alienation created by the wartime record of the Unionist government led to the rise of the Progressive Party as a protest vote and to the collapse of the Conservative-led Unionists, who fell into third place in 1921.