The word 'organic' is its own worst enemy

ANALYSIS: Consumers take false comfort in a label that's meant to assure them their food meets certain standards — a shortcut where asking simple questions instead would serve them far better
By Corey Mintz - Published on Nov 18, 2016
Shoppers rely on organic certification to tell them about the quality of their food, but instead they should be asking more questions about the produce they buy. (Mark Blinch/CP)

There are federal rules for what food can be called organic, established by the Canadian Food Inspection Agency. But they apply only to imports, goods shipped between provinces, and items that display the Canada Organic logo. These rules are long. No consumer has read them. And they don’t even apply to food grown and sold in Ontario.

If it’s grown here and sold here, it can be called organic without meeting those certification standards.

Now, that sounds scary: a legal loophole that allows any Joe Bozo to sell chemically laced carrots packaged as “Farmer Joe’s Totally Legit Organic Carrots” at your local farmers market. And it’s one reason the Organic Council of Ontario is asking the Minister of Agriculture to create new organic standards.

A reasonable objection to this is that more stringent certification requirements will cost small farmers money: satisfying a long list of regulations rarely comes cheap. Family farms aren’t exactly looking for ways to run through all their surplus cash, and small growers will have to pass that cost on to you.

But the bogeyman of food fraud, pretending that consumers are in danger of being swindled in direct sales at farmers markets, ignores that it is large producers who have shown a willingness to break existing laws. Two recent examples of this are Cericola Farms Inc., charged with fraud for allegedly selling conventional chicken as organic, and Mucci Farms, an Ontario wholesaler fined $1.5 million for selling imported produce falsely identified as Canadian.

These aren’t grifters looking to cheat locals with a hand-written “organic” sign at the Tuesday night farmers market in the bowling alley parking lot. These are, if true, large-scale processors already operating under existing labelling laws, choosing to ignore them.

When I call Jennifer Pfenning of Pfenning’s Organic Farms to discuss the need for additional labelling regulations, we first get stuck on the meaningless wording of her job title.

“It’s horrible. Director of Human Resources, Marketing, and Operations, or some such thing.” On a typical day, Pfenning might be driving tractors and forklifts, loading trucks, or picking up orders. None of that is summed up in her title. “Chief Cook and Bottle Washer. How 'bout that? You’ve gotta have a title so people can have some sort of a concept of what part of the business you most frequently represent.”

And so it is with our food semantics. How is a carrot’s history to be explained by the word organic? Just because it was not sprayed with pesticides, does the organic label tell me if it was grown in a field next to another farm where they do spray with pesticides? How close is the organic soil to the non-organic soil, and will the latter affect the former?

It’s kind of crazy that we’re arguing over designating some foods as organic instead of the other way around. Why are foods grown with pesticides and antibiotics considered normal? In a sane world, a naturally grown carrot wouldn’t have to be marketed as organic. Instead, customers would want labels on other carrots, telling them what chemicals were on them.

Pfenning, who is a former chair of the Organic Council of Ontario, agrees that the cost to small farmers needs to be weighed seriously if more stringent (and costly) rules are brought in, but she argues in favour of regulation for trade purposes.

“If we have all around us, all the provinces, moving toward adopting the Canadian organic regulations, we become an anomaly in the country if we don’t adopt.” Nova Scotia, New Brunswick, Quebec, and Manitoba all have provincial organic certification, with British Columbia soon to follow. “And I don’t think that’s a good thing for trade, for Ontario farmers. This is why, yes, we support certification and think it’s a good thing to have. But that’s not the end of the conversation about how we farm.”

“That certification is a way to articulate what we’re doing,” says Pfenning. “It isn’t the be-all and end-all of good farming.”

For your average home shopper, that label is the end of the conversation. But Pfenning has identified the bigger issue. You’re more likely to find two people at ComiCon dressed as disco Boba Fett than two supporters of organic farming who agree on what the requisite standards should be. But the labelling, and the ability to sell goods under a unified definition, is necessary to get product moving.

“This is about market share,” says Brad Long, chef-owner of Café Belong in Toronto, whose solution to the semantic debate is to declare that, of 1,500 individual inventory items in his operation, his lowest standard is organic. “This is about who gets to say these things so they can legitimately use it as a marketing aspect.”

Labels are helpful. And they’re what people want. Because they’re simple to understand. But if we’re talking about consumer confidence, nothing is as valuable as looking in someone’s eyes and asking them about your food.

Everything on a food label, from the word organic to its place of origin (was your watermelon grown in Texas, or grown in Mexico but “packed” in Texas?) can be lawyered to within an inch of reality. As soon as there is widespread enforcement of the term "organic," you’ll have the lobbying wings of large companies attempting to redefine the word to suit their interests.

All of that is undone if consumers take it upon themselves to ask questions. You don’t have to shop at a farmers market to have a connection to growers. Supermarkets have produce managers. Ask to speak to one. Ask them where their carrots come from. When were they picked? If it was so long ago, how do they look so vibrant on the shelf? Ask the butcher what the cow ate.

I’m not anti-regulation: I’m for it if it’s necessary to maintain inter-provincial trade. But I’m against the pretense that it offers consumer protection. The rules and requirements do not provide the safety blanket consumers imagine. If people really care about their food being free of pathogens, they can take the time to ask questions instead of relying on labels that are hard to enforce and costly to producers. 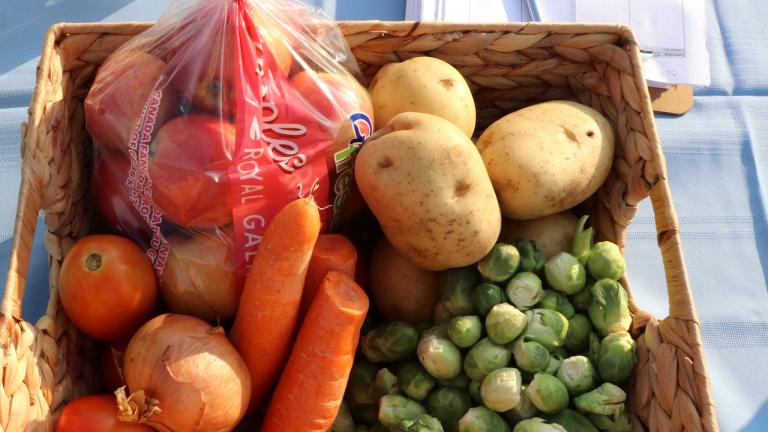