The true story of Ontario's most notorious Prohibition-era bootlegger

In his new book, The Whisky King: The Remarkable True Story of Canada's Most Infamous Bootlegger and the Undercover Mountie on His Trail, Trevor Cole tells the tale of Ontario's Prohibition-era bootlegging industry — and its notorious kingpin, the Italian immigrant Rocco Perri. Here, Cole describes one of Perri's brushes with the law, following the deaths of several drinkers due to liquor poisoning.

On Wednesday, July 21, 1926, three men in Allanburg, Ont., a tiny community on the Welland Canal, went out and bought a gallon can of cheap liquor from a local bootlegger. Late that night they got into it, and they kept the neighbours up with their blasted shouts and singing. As the morning broke, those same neighbours woke to the men screaming. Two of the drinkers, John MacDonald and Reuben Upper, who lived together in a bachelor apartment, were dead by 9:10 a.m. The third, Charles Durham, a widower who lived with his children across the road, perished later that day. All three suffered horribly. 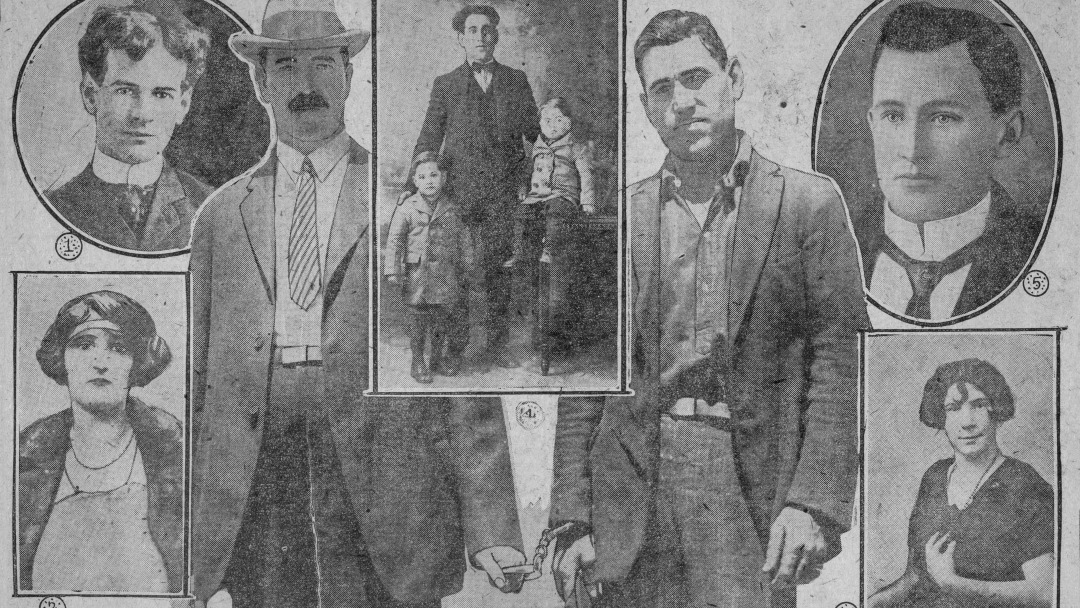 By Monday, the death toll in Ontario from poison liquor was 13. As the day progressed, 18 more people were pronounced dead, most of those in Buffalo and Lockport, New York, and the details of their deaths told the same woeful story as the others. The Toronto Daily Star did not shrink from the opportunity for sensationalism:

TRAIL OF DEATH ACROSS PROVINCE

VICTIMS BLINDED AND DIE IN AGONY

As Rocco Perri had become aware of people dying from what one bootlegger called “bunk hootch,” he’d sent out orders that no one was to talk. So when Joe Romeo, one of Perri’s associates, was escorted to police headquarters in handcuffs, he kept his mouth shut. No one had to worry about Ben Kerr — he was his usual uncooperative self. Among those detained, only Harry Sullivan seemed willing to help the cops. But perhaps Romeo, from his corner of the station, got Sullivan’s attention, because suddenly Sullivan showed “considerable reticence and an unwillingness to answer the questions of the officers.”

By Friday, July 30, there were 44 dead, and the chemical analysis on the dark-coloured alcohol found in the cans brought over the border by the Perri gang came back with the results: 93.9 per cent pure wood alcohol. Professors at the Ontario College of Pharmacy described it as “the most terrible ever heard of . . . a beverage so powerful that it would cause a poison if applied to the skin externally.”

All this time, Rocco was hiding, huddling with his wife, Bessie, and his men, and consulting with his lawyer. How exposed was he? What were the chances that he could do time for all these deaths? When he became convinced that he would come away unscathed, he agreed to give himself up. On the clear-skied morning of Saturday, July 31, looking the dapper gentleman in a bright straw hat and a grey, glen-check suit, he walked into Hamilton police headquarters. With his lawyer — and recently elected Hamilton West MP — Charles W. Bell beside him, he approached the desk sergeant with the ease of a man ordering a soda and asked for Detective Crocker. “I heard that I was wanted,” he said, smiling. “So here I am.”

Someone went to fetch Crocker, who came and read out the arrest warrant — that Rocco did “unlawfully slay and kill” an unspecified number of victims. From that point on Crocker treated Rocco like an honoured guest. He led him into the muggy detectives’ room and gave him a chair by an open window. Someone brought a fan to augment its cooling breeze. There Rocco waited comfortably, smoking a cigarette, for the few minutes until his name was called in police court. His appearance in court was but a brief interruption — his name was called, he was escorted in, the magistrate remanded his case for a week — before he was returned efficiently to the comfort of his cool seat among the detectives.

For a few minutes he chatted easily with the cops he knew, until OPP inspectors Boyd and Ward came in to question him. They smiled; he smiled. He rose, shook hands and offered to give up his seat but, no, that wasn’t necessary. When Crocker was ready he joined them and closed the door, and as far as anyone could tell, the conversation continued just as amiably as it had begun.

Before the police led Rocco off to his jail cell, they gave the waiting reporters a moment to ask him a few questions. But Rocco knew better than to talk to the press this time. “You had better see my lawyer,” he told them. “He’ll do my talking for me.” When they 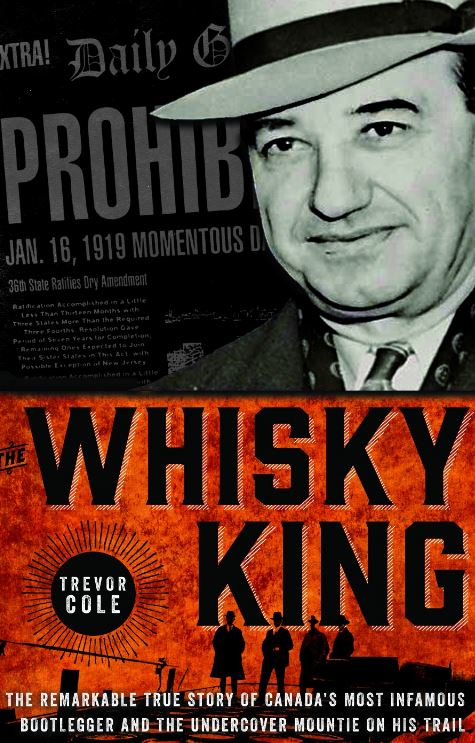 persisted — just a few questions? — he shook his head. “I don’t feel much like talking this morning. I’ve got a headache.”

But how, they asked, had Rocco known he was wanted?

He shrugged. “I knew. That’s enough.”

Where had he been over the past few days, somewhere in the city?

Then he was taken to the detention cells on the lower level, and shortly after that a wagon arrived to convey him to the jail on Barton Street.

By August 3, Ontario’s provincial force had arrested a total of sixteen suspects. Meanwhile, three new charges, relating to illegal importation, tax evasion, and smuggling, were laid on the five men in the Barton Street jail — Rocco, Kerr, Romeo, Sullivan, and Red Miller. Each new charge brought a possible sentence of seven years, on top of the maximum sentence of life in prison for manslaughter.

Their situation seemed to trouble the men not in the least. They rested quietly in their cells, comforted by the “downy pillows, white sheets, and fine blankets” brought to them by friends. For an hour each day they went outside into the jail yard to soak up the summer sun and chat. When someone noted that T-bone steaks seemed to have been added to the menu for these special guests, Hamilton’s jail officials insisted that their meals were the same as any other prisoner’s — porridge and coffee or tea in the morning, beef and potatoes with tea at midday and a light supper in the evening. And their lights went out at eight o’clock, as for everyone. Smoking was banned, so Rocco couldn’t indulge in his cigars. Nevertheless, he retained “his pleasant smile and debonair manner.”

With the expected arrests made and the suspects largely in hand, authorities turned their attention to gathering the evidence needed to put them away for good. But here they had a problem. No one was talking, and other forms of proof seemed to evaporate. In Hamilton, police searched the Perri home and seized all of the documents and account books they could find. The books revealed a lavish lifestyle — expensive cars, inlaid mahogany radio sets, thick Persian rugs, a $19 pair of French calfskin boots — but no references to liquor. Instead of a fortune made in whisky or even raw alcohol, the books Bessie Perri had kept showed them doing a huge business in macaroni and manila rope.

Excerpt from The Whisky King: The Remarkable True Story of Canada’s Most Infamous Bootlegger and the Undercover Mountie on His Trail by Trevor Cole ©2017. Published by HarperCollins Publishers Ltd. All rights reserved.

Food
‘Worth so much more’: How this Instagram project is supporting restaurant workers’ rights
TVO.org speaks with the Hamilton Hospitality Project’s Andrew Berry-Ashpole about salaries, transparency, and why businesses need to stop trading on passion and loyalty.
Corey Mintz

Coronavirus
The quick fix, Part 2: What restaurants need from government — and from us
Matt Gurney