The tip of the fatberg: How London is leading the fight against an urban menace

Globs of waste stuck together with fat, oil, and grease have been wreaking havoc on sewer systems around the world — so an Ontario man came up with a way to prevent them from forming
By Diane Peters - Published on August 23, 2018
A piece of the Whitechapel fatberg, currently on display at the Museum of London, in England. (Matt Dunham/AP)

London, England, is famous for many things, but recently, it’s been making headlines for its fatberg. Fatbergs are congealed blobs that clog up city sewers; they’re created when flushed items such as wet wipes get stuck together by the fats, oils, and grease people pour down drains. London’s is massive: as the Guardian pointed out last year, it weighs about the same as 11 double-decker buses and is as long as two soccer pitches.

“Bin it — don’t block it,” London now tells residents in hopes of reducing this sewer beast that costs a million pounds a month to manage.

While the fatberg of the British capital has become famous — the Museum of London has even been displaying and livestreaming samples of it — these phenomena are everywhere.

London, Ontario, for example, has its own fatbergs. And city staff there have become local and worldwide leaders in education and prevention.

Barry Orr, sewer outreach and control inspector for the City of London, says staff find things such as Swiffer cloths in drains. He has seen people on the verge of throwing paper towel down the toilet — but it’s made of tougher fibres than toilet paper and won’t break down. Women were once told it was just fine to flush a tampon (it’s not fine). Making it all worse has been a massive increase in the use of baby wipes, which shouldn’t be flushed but often are anyway. Manufacturers have started making bathroom wipes they claim are flushable, but Orr says that almost none of those marketed in North America actually break down in sewers.

London has been spending about $600,000 a year to get rid of its fatbergs and prevent sewer backups. The city has a truck equipped with a high-pressure water sprayer, which is sent down into sewers to break up bergs.

A few years ago, Orr and his team decided to do something about the spots in town that needed fat-busting multiple times a year — many of which were near restaurants. Establishments that prepare food are supposed to use grease traps in their sinks, but most weren’t maintaining theirs, so grease was going right down the drain.

Having helped educate business owners, Orr then started focusing on residential fatberg hotspots. The city sent out a survey in which it asked people what they did with the fat from their turkey dinners. Most said they flushed it.

So Orr thought of offering them an alternative. He discovered an Ontario-based supplier with a biodegradable soup cup that could withstand heat. He arranged to have a batch made with a lid that would also break down. The result was the FOG cup, which residents can fill with fats, oils, and grease (hence the acronym) and then toss in the garbage or compost, sparing the sink or toilet.

In 2013, the cup made its debut, and residents loved it. (They liked it so much that he had to increase the size from 500 millilitres to 1 litre.) The city provides the cups — which cost about 30 cents each to manufacture — free of charge. It dispenses 40,000 annually: libraries alone have been handing out roughly 2,000 a month. People keep them on their counters or in their fridges or freezers, fill them up with their bacon fat or oil from their deep fryers, and then simply throw them out or take them to a depot. (London does not have city composting, but these cups also work with such programs.)

Soon after the cups came out, the London Fire Department approached Orr about promoting the cups and their relationship to fire safety. (Having unmarked containers of grease lying around your kitchen or garage is never a great idea.) So Orr got the manufacturer to print messages on the cups about sewers and inflammability.

And other municipalities came knocking, wanting cups of their own. Quebec-based FluksAqua, which runs an online platform for water-utility professionals, got involved, setting up a website called Your Turn, which allows cities to order cups directly. Orr says, though, that the company no longer has staff working on the project, and it did not reply to TVO.org’s requests for comment.

Many governments in search of the cups just call Orr directly. Sarnia, Windsor, Sudbury, Middlesex Centre, and the counties of Oxford and Elgin now offer them. Some order with Orr and get his generic cups, while others pay more and have theirs branded with a city logo. Orr has helped large apartment buildings get their own stockpiles. Toronto, York Region, Edmonton, Kelowna, and Halifax have shown interest. So have Dublin, Brisbane, Tokyo, and — surprise, surprise — the other London.

And Orr’s cups do more than divert sewer waste. A company with an anaerobic digester has been turning the greasy contents of cups dropped off at London depots into biofuel. “They’ve been crying for fats,” he says.

The FOG cups also get people thinking about municipal wastewater systems, which are usually taken for granted. “The only time people think about the sewer system is when there is a foot of water in their basement,” Orr says.

They start asking more questions about what’s flushable and what’s not. “You’re having this conversation, and they connect it to our sanitation system like they’ve never connected before,” Orr says. “We’re starting to show some respect for a system that is out of sight and out of mind.”

Across the province, creatures are choosing nest locations, feeding babies, and teaching young ones new skills. Here’s how you can do your part to protect them 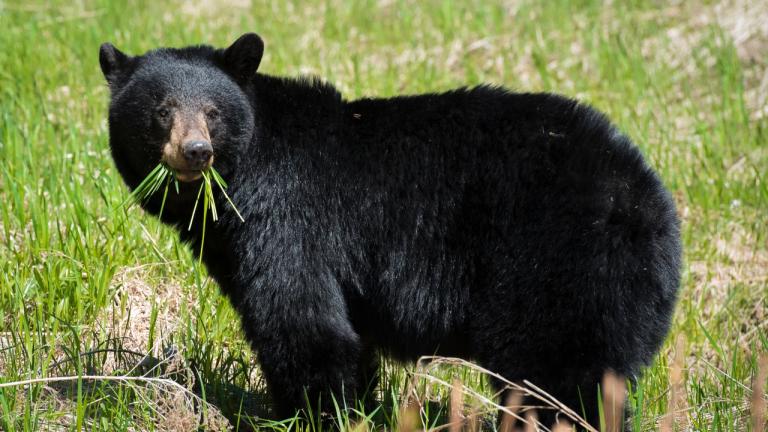