Post-Confederation, Ontario was one of only two provinces to legislate Black segregated schools. In 1965, thanks to Black parents and politicians, the last one in the province finally closed
By Jamie Bradburn - Published on Feb 26, 2018
Students from the S.S. #11 school in 1965. (Harrow Early Immigrant Research Society)

Readers of the November 9, 1964, edition of the Globe and Mail confronted a disturbing sight: a photo showing a young Black student at the S.S. #11 school, near Harrow, holding a giant rat that had allegedly been caught on school grounds. Though the photo was likely staged for shock value, it highlighted a shameful reality: as the civil rights movement unfolded in the United States, more than 50 elementary students in rural southwest Ontario were experiencing segregated schooling.

The paper described the conditions it had encountered when visiting the school three days earlier: 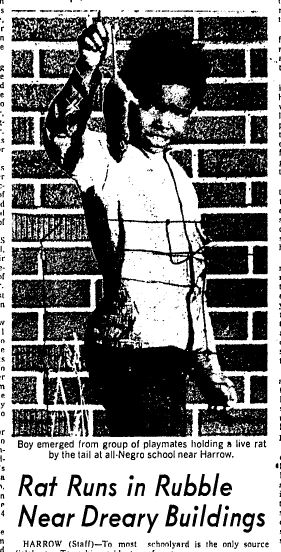 "There are two classrooms at S.S. #11, one in each of its two buildings. The rooms, though large and decorated with drawings, maps, pictures, schedules and a copy of the Ontario Human Rights Code, are dreary, poorly lit and cluttered. The basements of the 1-1/2 story buildings are dark and their walls bear the crayon, pencil and boot marks of many years. In places the plaster has come away. The stairs leading up to the classrooms or down to the basement are well-worn and the stairways are narrow. Each building has two toilets, chemical ones that must be flushed out daily with a pail of water in order to keep them minimally sanitary. The closet-like bathroom cubicles smell strongly of wine and chemicals. A pump in the schoolyard is the only source of water."

“What you taking pictures of this junk heap for?” children shouted at the photographer. “It’ll just bust your camera.”

School segregation in Ontario pre-dated Confederation. Amendments made during the 1850s to school acts authorized the creation of separate schools based on petitions from groups of at least 12 families. In some municipalities, this was used to force Black people to ask for segregated schools. School system architect Egerton Ryerson foresaw problems; while he urged Black ratepayers to sue for the right to attend segregated schools, he also felt that they were required in some jurisdictions as “the prejudices and feelings of the people are stronger than law.” Eventually, applications to local authorities were allowed from groups of at least five family heads to “authorize the establishment therein of one or more separate schools for coloured people.” Post-Confederation, the only provinces to legislate Black segregated schools were Ontario and Nova Scotia.

Schools established by the end of the 1850s were plagued with problems. Students attended irregularly, which wasn’t surprising, given the fact that the school year lasted as little as three months. Tax collection was erratic, leading to poorly maintained properties. Few offered libraries. In Windsor, a Black petitioner observed that 35 Black students were being taught in a 16 x 24-foot coop, while a nearby white school had extra space.

In areas with segregated education, courts denied Black students access to white schools. In communities without segregated institutions, Black students could be made to sit on separate benches. Trustees warned teachers in favour of integrating classrooms that they could be docked pay or fired for speaking out.

The majority of segregated schools were located in Essex and Kent counties, where Black communities had been established during the Underground Railway era. S.S. #11 grew from the Matthews Settlement (present-day Drummond Road and Third Concession), which was founded in the 1820s. When the schools in Colchester Township were formally organized in the 1850s, 10 numbered sections were reserved for white students, while five lettered sections existed for Black students. Although the schools were unified under a single numbering system by 1860, de facto segregation continued.

Most segregated schools had faded away by the First World War. While white students occasionally went to S.S. # 11, none attended after the 1930s. Instead, they were sent to other schools in what had become Colchester South Township. S.S. #11’s continued existence reflected the racist attitudes in nearby towns. Harrow was home to segregated restaurants, and the movie theatre was for white people only. “Kingsville and Leamington had sundown laws,” historian Elise Harding-Davis recalls, “which meant black people had to be off the streets of the city by sundown. You would not find the laws in the books; they were not written. They were simply public knowledge.”

The Black trustees who oversaw S.S. #11 until it was amalgamated into the Colchester South School Board in the early 1960s were frustrated by the discrimination they regularly faced, and by the unwillingness of the province and neighbouring school boards to improve conditions at the school. The chemical toilets were rarely cleaned — according to the Globe, the smell was “so strong and noxious that some of the children became ill before the principal decided, belatedly, to move the children to an adjacent home where classes were continued in a fashion beyond our comprehension.” In early 1964, it was discovered that the school’s well was contaminated.

Around this time, Leonard Braithwaite, Canada’s first Black provincial legislator, discovered that laws permitting segregated schools were still on the books. On February 4, 1964, Brathwaite, a Liberal representing Etobicoke, discussed the issue during his first speech at Queen’s Park. “There has not been a need for such schools since before the beginning of this century,” he told his fellow MPPs. “Those days have passed.” On March 12, Minister of Education Bill Davis amended the Separate Schools Act to remove all references to segregated schools 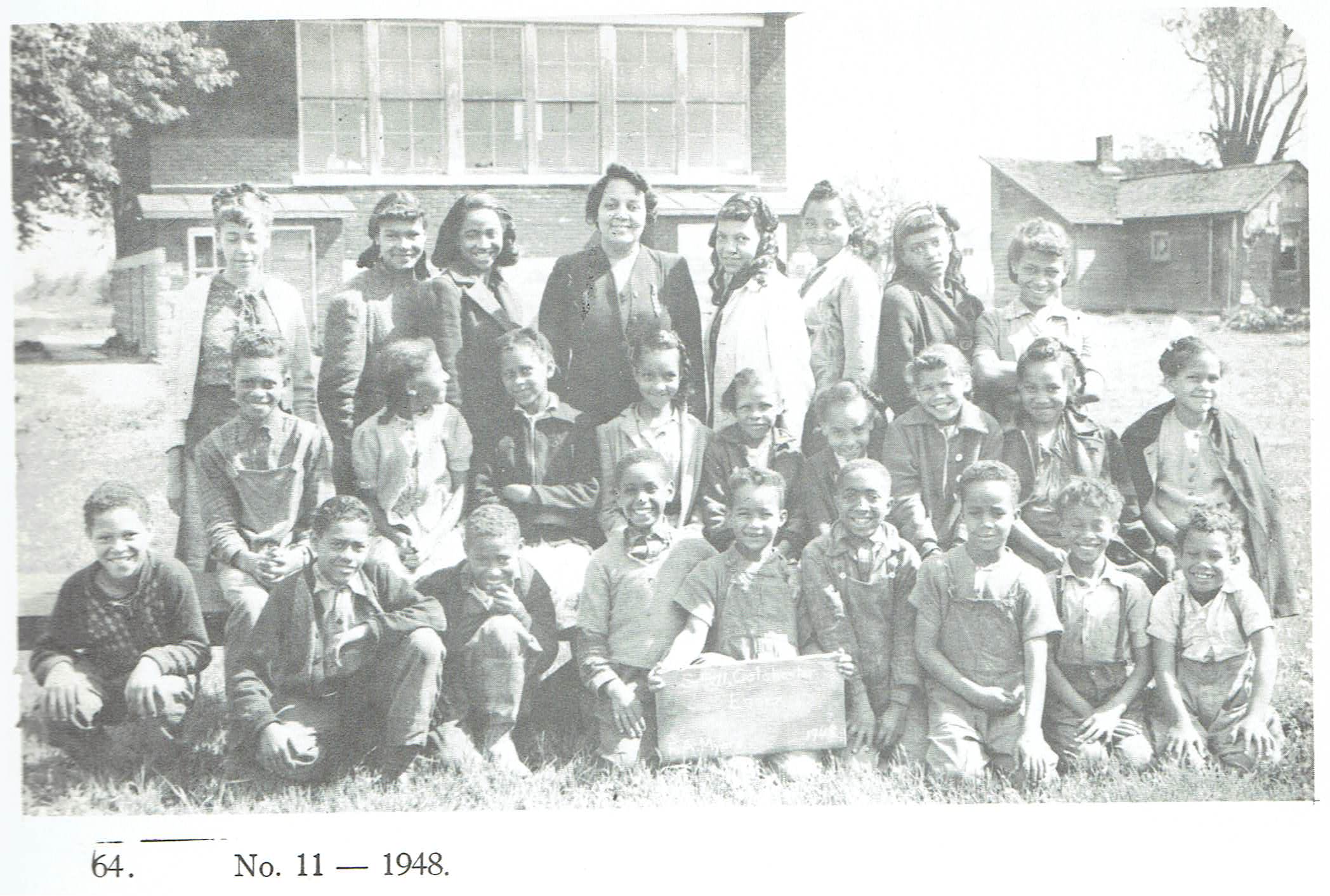 Davis’s actions were barely noted by the closest major newspaper to S.S. #11, the Windsor Star. A tiny front-page story claimed that segregated schools in Essex County “all went out of existence around the turn of the century and there has not been any in Ontario since then.”

In November 1964, 30 families threatened to remove their children from the soon-to-be-amalgamated school boards of Colchester South and Harrow if S.S. #11 wasn’t closed by January 1, 1965. They were concerned about the school’s condition, but also about the fact that nearby white students were still sent elsewhere and that the school hadn’t been shuttered when several one-room schools were closed to prepare for the September 1965 opening of a new consolidated public school in Harrow. Trustees claimed there wasn’t room at the remaining township schools to house S.S. #11 students and denied rumours that the children would not be integrated into the new school. ‘Besides,” Colchester South trustee Edwin Woodbridge noted, “it isn’t wise to make children switch schools in the middle of a year anyway.”

The South Essex Citizens’ Advancement Association, a group dedicated to combating discrimination , then entered the fight. SECAA leader George McCurdy Jr. gathered 60 signatures for a petition, which he attached to a letter he sent to the trustees. “You must forgive the feeling of impatience which may be reflected in this letter,” he wrote. “But for such a very long time there has been a pervading quiet resentment of the fact that our coloured children have been victims of de facto discrimination and segregation in the area education system.”

Activists, parents, and trustees met in the village of Colchester on November 9. The trustees agreed to a private follow-up meeting with members of SECAA. The next day, editorials about S.S. #11 in both the Globe and Mail and the Toronto Daily Star urged its closure as soon as possible. Davis visited the school on November 12 and talked to trustees and students, including the boy who was photographed with the rat. Asked how the situation had been allowed to endure, Davis responded, “That’s the past. This is the present.” He reiterated the board’s belief that the other schools were crowded and that S.S. #11 would close once the new consolidated school was ready.

A compromise was reached during a five-hour meeting on November 19. Trustees agreed to move 10 Grade 1 students from S.S. #11 to other schools in January. Repairs would be made, and 42 students would remain at S.S. #11 for the rest of the year. All would enter the new school in Harrow in September (two teachers, including principal Beulah Cuzzens, also made the transition). Both sides agreed that racial segregation “constitutes an offense to human dignity and the public policy of this community.”

As historian Funké Aladejebi noted in a 2012 essay, the successful closing of S.S. #11 stands “as a small but powerful representation of black activism throughout Canada. The push from community members towards integration laid bare the fragmented nature of province-wide educational standards in Ontario and exposed the problematic character of race relations in the Canadian landscape.”

March 2014 edition of Professionally Speaking; the May 2004 edition of Social History; the December 2012 edition of the Southern Journal of Canadian Studies; and the March 13, 1964 and November 10, 1964 editions of the Windsor Star. The Amherstburg Freedom Museum assisted with the sourcing of images. 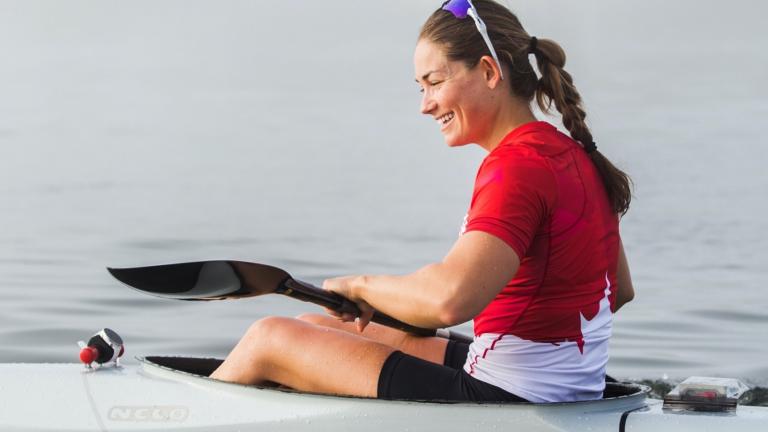 Society
‘It’s just the state of the world right now’: Going to the Olympics during a pandemic
Daniel Kitts