‘The stories that people don’t hear’: A playwright reflects on the Ipperwash Crisis

TVO.org speaks with Falen Johnson about the 1995 conflict — and what has and hasn’t changed in the past quarter-century
By Justin Chandler - Published on Sep 05, 2020
In 2017, Falen Johnson co-created the play “Ipperwash,” which premiered at the Blyth Festival. (Kaytee Dalton)

When it comes to conflict over Indigenous land, “the crisis is never the crisis,” writer Falen Johnson says. Johnson, who’s Mohawk from Six Nations and co-hosts The Secret Life of Canada podcast, co-created a play in 2017 telling the story of the 1995 Ipperwash conflict, without actually depicting the events of that year.

This September marks the 25th anniversary of the standoff that occurred when Ontario Provincial Police tried to stop a group of protesters from occupying Ipperwash Provincial Park, near Grand Bend. The park sits on land the federal government took from the Chippewas of Stony Point First Nation during the Second World War to build a military base. In 1993, people from Stoney Point moved onto the land — where an Indigenous burial ground had been destroyed. Two years later, a group of about 30 demonstrators refused to leave the area and set up barricades when confronted by the OPP.

On September 6, 1995, police moved in on the unarmed protesters. A sniper shot and killed one of the leaders, Dudley George. A commission investigating the events ruled in 2007 that the OPP and the provincial and federal governments bore responsibility for events leading to George’s death.

Johnson says that Canadians need to better understand that famous conflicts, such as Ipperwash and Oka, and more recent ones in Wet’suweten and Caledonia all have roots in colonialism. TVO.org spoke with her about the play, the Ipperwash anniversary — and what has and hasn’t changed in the past quarter-century.

TVO.org: Can you tell us about Ipperwash, your play about the 1995 conflict?

Falen Johnson: The director, Jessica Carmichael, did a great job of doing rehearsals in the community, which is about an hour away from Blyth [home to the festival at which the play was staged]. They would pack up the actors and set pieces, and they would drive to the community and hold open rehearsals so anyone could come in and watch. Because it’s not our community, we wanted to make sure that we were treating the story with respect. A lot of people were and still are really impacted by Ipperwash.

In 1995, I was in Grade 7, and I remember distinctly when Ipperwash happened and the OPP got caught on tape saying, “We should bait them with a case of beer, like they do in the South with watermelon.” Those were some big defining moments and memories for me growing up. I really started to understand racism at that age. When I started writing the play, I knew it was going to cost a lot to work on it — not in terms of money, but in terms of emotional currency.

What we tried to do with it was take the piece and look at the history of it. My cohost Leah-Simone Bowen and I do this in the podcast, too. We’re always unravelling what the crisis means. The crisis is never the crisis. The crisis is the amount of time that the friction has been boiling. These things have been heating up for so long. It’s the same thing as Oka; it’s the same thing as what’s happening in Caledonia right now with 1492 Land Back Lane. These unresolved issues are easy to ignore until something happens, and then it becomes this huge sensational thing. So that’s how we wanted to frame this piece.

TVO.org: When you co-created the play, you chose to start the story well before the 1995 boiling point, as you called it. Why did you decide to start it where you did?

Johnson: Well, because no one hears about that. No one hears about an Indian agent and the mayor of Sarnia scheming together to get a bridge put through and to purchase large plots of Indigenous land together so that they could profit. I remember, after our podcast episode [on Ipperwash] came out, we heard from people who lived in the community all their lives, who had lived through the Ipperwash crisis and had no idea what had happened in the lead up to that.

A central piece of the play was that, during World War II, a lot of the boys from the community enlisted in the Canadian Army. There was one who came back from the war after it ended. He hitchhiked and made it to Stoney Point, but, when he got there, he saw the fence around his community — because that’s where the army base was now. He couldn’t figure out what was going on. No one had told him. He lay down in the ditch and slept beside the reserve, because he didn’t know what to do.

For me to think about him in that uniform, walking up to a fence and looking through it and seeing a military base on the other side where his house used to be, it’s just so many levels of f***ed up. I think those are the stories that people don’t hear when they hear about the Ipperwash crisis. When we were telling the story, we knew we needed to give people context for what happened and why.

TVO.org: The unexploded military weapons on the land in Ipperwash are an important part of the play. Can you tell me a bit about that part of the story?

Johnson: The land is contaminated. Lead from the shooting range, grenades and bombs are littered throughout. We talk in the play about how the headstones were used as targets by the cadets. There was a cemetery on the land, and the headstones were all blown up.

In the ’50s, the wife of the superintendent of Ipperwash Provincial Park found a child’s skull buried, and she put it in her home as a trinket. I just felt so sick and sad about that, so I used it as the basis for a sort of ghost character, a young girl who drives a lot of the action in the piece.

TVO.org: You talk a lot about how we don’t pay attention to the root causes of conflicts over land. When you’re trying to highlight or explore them, be it in a play or a podcast, what’s your strategy for doing so effectively?

Johnson: I think we’ve become numb to words. When it comes to land reclamation, protests or peaceful occupations, we don’t know what it means. What is the rule of law? What is Aboriginal title? What are these terminologies that you read? What is the Indian Act? I really try to deconstruct what those words mean and what those policies are and explain them in very basic, understandable ways. I’m trying to make the tools I wish I had growing up. If I can make things a little bit clearer, that’s what I want to do. That’s how I can make change.

Also: be funny. You just can’t keep shoving heavy sh*t down people’s throats. You’ve got to have some funny in there, because, otherwise, they won’t listen; they’ll turn off. It’s a philosophy that I think is central to who I am as an artist.

TVO.org: When you think about the Ipperwash crisis today, 25 years on, what comes to mind?

But I think we do have more allies now. I think we have more non-Indigenous and settler allies who really do understand and do see the “crises” for what they are. We saw back in February, with railroad tracks being blocked in solidarity with Wet’suweten. There is a change, and I think that change has to do with the internet. We can see what’s going on from the perspective of the people who are on the other side of the line. I think people are now starting to recognize the pattern.

TVO.org: You mentioned the 1492 Land Back Lane and the protests going on in Caledonia right now. What went through your head when you heard the premier say about Indigenous protesters, “You just can’t go in and just take over people’s future homes?”

TVO.org: In a 2018 interview, you said taking someone’s land is akin to taking away someone’s life. Can you touch on that importance of land?

Johnson: It isn’t just however many square kilometres of Earth. It’s so much more. Land is identity. Land is language. How we speak, how our languages sound, is informed by our environments and what’s around us. It’s just so strange how this tiny percentage of land that we hold is so deeply desired by Canada for development or resource extraction. Why is it not enough yet?

This interview was condensed and edited for length and clarity. 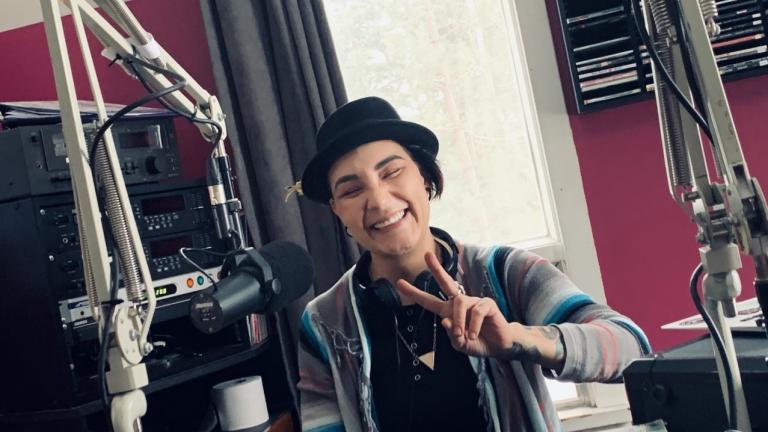 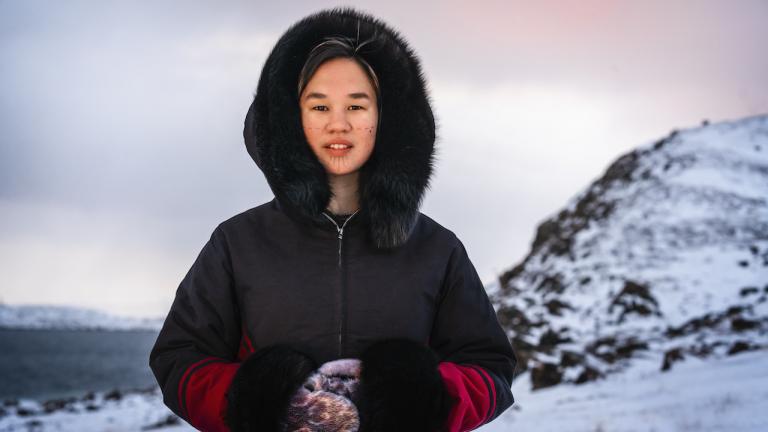